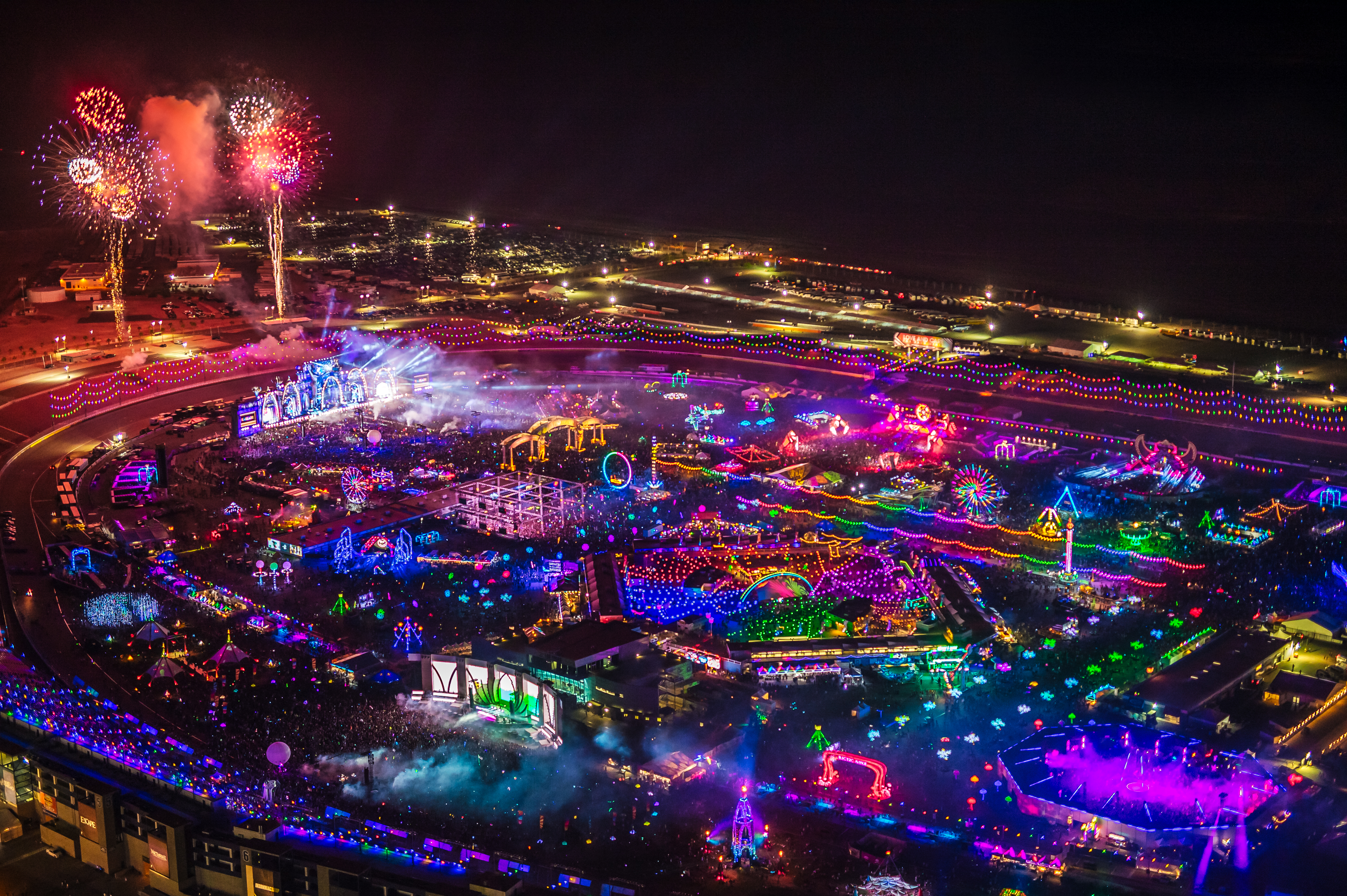 EDC Las Vegas returned to the Las Vegas Motor Speedway this year for its 22nd year Under the Electric Sky. We’ve said it before — and we’ll say it again. What Insomniac Events and Pasquale Rotella create with the Electric Daisy Carnival is simply magical; it is nothing shy of spectacular. This year’s three-day event took place one month earlier than usual; just one week before Memorial Day Weekend. That wasn’t the only thing different about this year’s EDC. For the very first time in Electric Daisy Carnival history, Insomniac allowed Headliners to camp just outside of the festival grounds.

A neon city in Paradise, more than 450,000 gathered over the three days to celebrate peace, love, unity, each other, and, of course, music. Hundreds of the biggest names in dance music came together for performances at one of the elaborate stages or notable art cars spanning the speedway. Camp EDC kicked off this year, offering those staying on-site, a plethora of opportunities, including day and pool parties with various talents.

Art cars this year were curated by names like Trap Nation, which is changing the music industry with its release methods and Lowly Palace imprint, as well as Monstercat Uncaged, Proximity, Holy Ship!, and In Rotation, among others. Corona Electric Beach, which has become a festival staple, returned to the EDC grounds for another successful year. From big room to techno, trance to future, progressive to dubstep, electro to hardstyle — Electric Daisy Carnival truly offers something for everyone. From its mesmerizing fireworks and immersive pyrotechnics, to their larger-than-life carnival rides and ball pits (to take you right back to your youth), EDC is a proven pioneer in the festival universe.

This year, the kineticFIELD was transformed into the hypnotizing kineticLOVE mainstage. The grandest of the eight structures, kineticLOVE epitomizes the dance music community with its awe-inspiring, majestic figures. Depicting the connection between two people at the center of the stage, kineticLOVE tells the story of a man and woman coming together and finding love above the guarded heart at the center of the DJ booth. The message portrayed by Pasquale Rotella and EDC can be taken both literally and figuratively, but reminding everyone that love always wins and music is a tie that binds. The 405-foot wide by 98-foot tall structure spans 350,000 square feet, this year’s kineticLOVE stage featured 427 moving lights, 44 flame units, 40 lasers and eight confetti blowers.

cicrcuitGROUNDS continued its evolution this year, as the hypnotizing display provided a fully-immersive experience. Trance took over quantumVALLEY with a design consisting of a hollow boxes, as thousands of fans surrounded the structure. An impressive 80-foot-high Flower Tower was brought to life by Kevin Clark. EDC’s largest art installation was a pillar of flowers that soared above the crowds with a volcanic eruptions from 31 pyro locations hidden within the tower. This years’ VIP experience at EDC included the return of the Marquee Skydeck, as well as additional VIP viewing areas at several of the festival’s stages.

Making the pain of not attending a little more bearable, Insomniac delivered another year of their live stream, showcasing bits and pieces of many of the various sets across the festival grounds. Friday night you were able to catch Kaskade at kineticLOVE, San Holo at cosmicMEADOW and Mija at circuitGROUNDS. Continuing with sets for everyone, Saturday featured Gorgon City at neonGARDEN, Marshmello at kineticLOVE and Armin van Buuren atop the circuitGROUNDS. The eclectic festival lineup brought the livestream much of the same on Sunday, with headliners Afrojack turning up at kineticLOVE, Rezz dominating circuitGROUNDS and Post Malone doing his thing for the cosmicMEADOW crowd.

The dates for EDC Las Vegas 2019 have already been revealed. Join us in the desert, Under the Electric Sky, from May 17-19, 2019. For more information visit lasvegas.electricdaisycarnival.com.