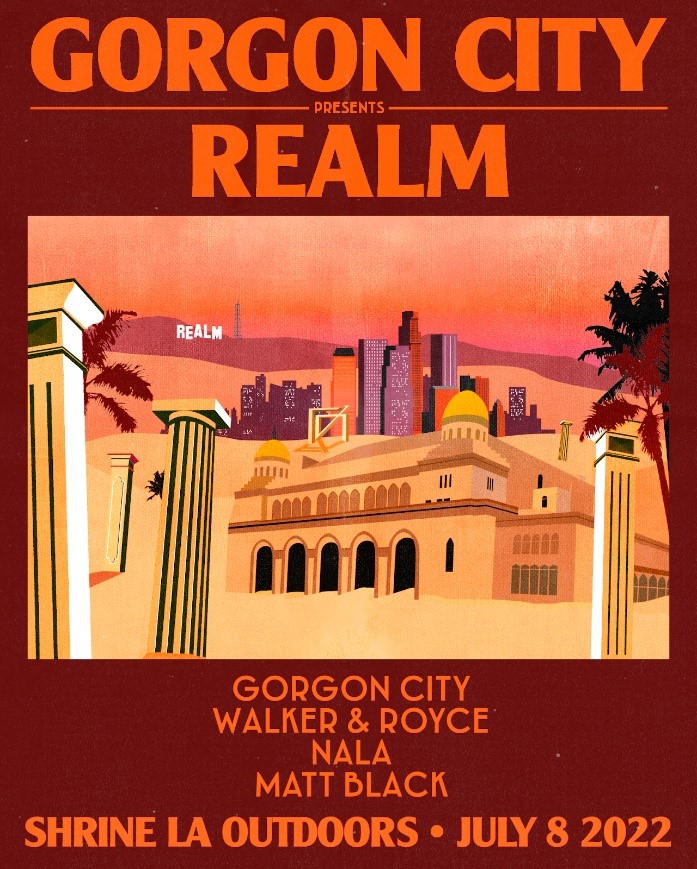 Established artist duo, Gorgon City, has been stirring a ton of hype around their REALM Tour, with an upcoming show stop taking place in LA. The event has garnered an array of press, with announced features such as Walker & Royce, NALA, and Matt Black supporting the show stop.

The pair has built a die-hard fanbase with their unique and distinct house-oriented sound, and have garnered millions of streams through a plethora of releases and show performances worldwide. Their Los Angeles REALM show is expected to be one of their biggest and has garnered an array of appraisal and acclamations, highlighting singles from the duo’s recently released REALM EP. With supporting acts such as Walker & Royce, NALA, and Matt Black, the REALM Los Angeles show is expected to be one of their greatest performances, while anyone who is looking into attending should highly consider securing tickets, as they are expected to sell out.

So far in 2022, Gorgon City has brought their UK-rooted club sound to festivals worldwide such as CRSSD Festival, Miami Music Week, and many more. They also possess a weekly hosting residency at the legendary Ibiza club, Amnesia, and this summer possess festival stops at Annie Mac’s Lost & Found in Malta, UK’s Parklife and Glastonbury, ARC Music Festival in Chicago, and San Francisco’s Portola.

With so much attention surrounding the duo, their REALM Los Angeles show is bound to be one for the books, adding to their impressive discography and critically acclaimed performances. Those interested can purchase tickets HERE.