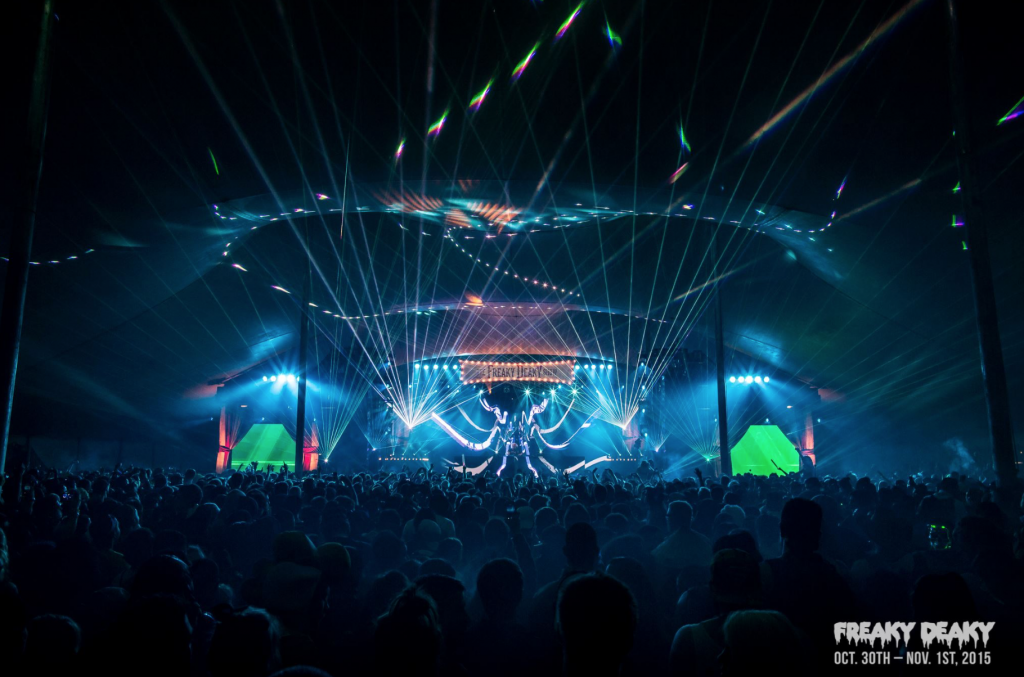 Freaky Deaky, the largest Halloween event in the Midwest, has announced the complete artist lineup for its eighth annual addition, taking over Toyota Park in Bridgeview, IL this Halloween weekend.

The 3-day Halloween extravaganza will be making its return to the expansive Toyota Park just outside of downtown Chicago in Bridgeview, Illinois over Halloween weekend. Freaky Deaky was founded in 2008 as single-day Halloween costume party, however, each year has progressively grown bigger and better, leading up to an expanded three-day festival beginning in 2015, which racked up immense positive feedback from  multiple blog sites and artists. Watch the 2015 recap video below.

“Freaky Deaky’s new home was full of crazy costumes and big beats. The grounds had three stages, each with its own spooky name and design [from] spider webs and smoke machines at The Crypt stage to a bizarre carnival setup at The Big Top.” — Chicagoist

Featuring over 50 artists spanning multiple genres and three stages with state-of-the-art production, as well as haunted houses, spooky graveyards, and a slew of carnival rides, Freaky Deaky 2016, which is brought to you by React Presents, is shaping up to be the biggest and freakiest addition yet.

Hip-Hop is making a huge mark on Freaky Deaky 2016. Travis Scott will be celebrating his forthcoming album, Birds In The Trap Sing McKnight, along with Desiigner, best known for his Billboard Hot 100 No. 1 single “Panda,” and wunderkind producer Metro Boomin, who has produced some of the hottest beats in hip hop over the last two years. Hip hop acts also include A$AP Ferg, fresh off of his widely acclaimed album Always Strive and Prosper, as well as Flatbush Zombies, and Freshman XXL 2016 honoree, Lil Dicky both making their return to Chicago after each of their massive sold out shows at Concord Music Hall.

Throughout the weekend, the Crypt Stage will transform each night to highlight a diverse scope of dance music’s most noteworthy contributors; including Bro Safari, Crizzly, Illenium, Figure, LOUDPVCK, Claptone, Jamie Jones, and more. On Saturday, fans will discover an unforgettable blend of live electronic music on this dynamic stage, with 3D animation and live lighting from the DUBFIRE HYBRID:LIVE showcase.

Tickets are on sale now starting at $169. For more information, visit http://www.freakydeakyhalloween.com.