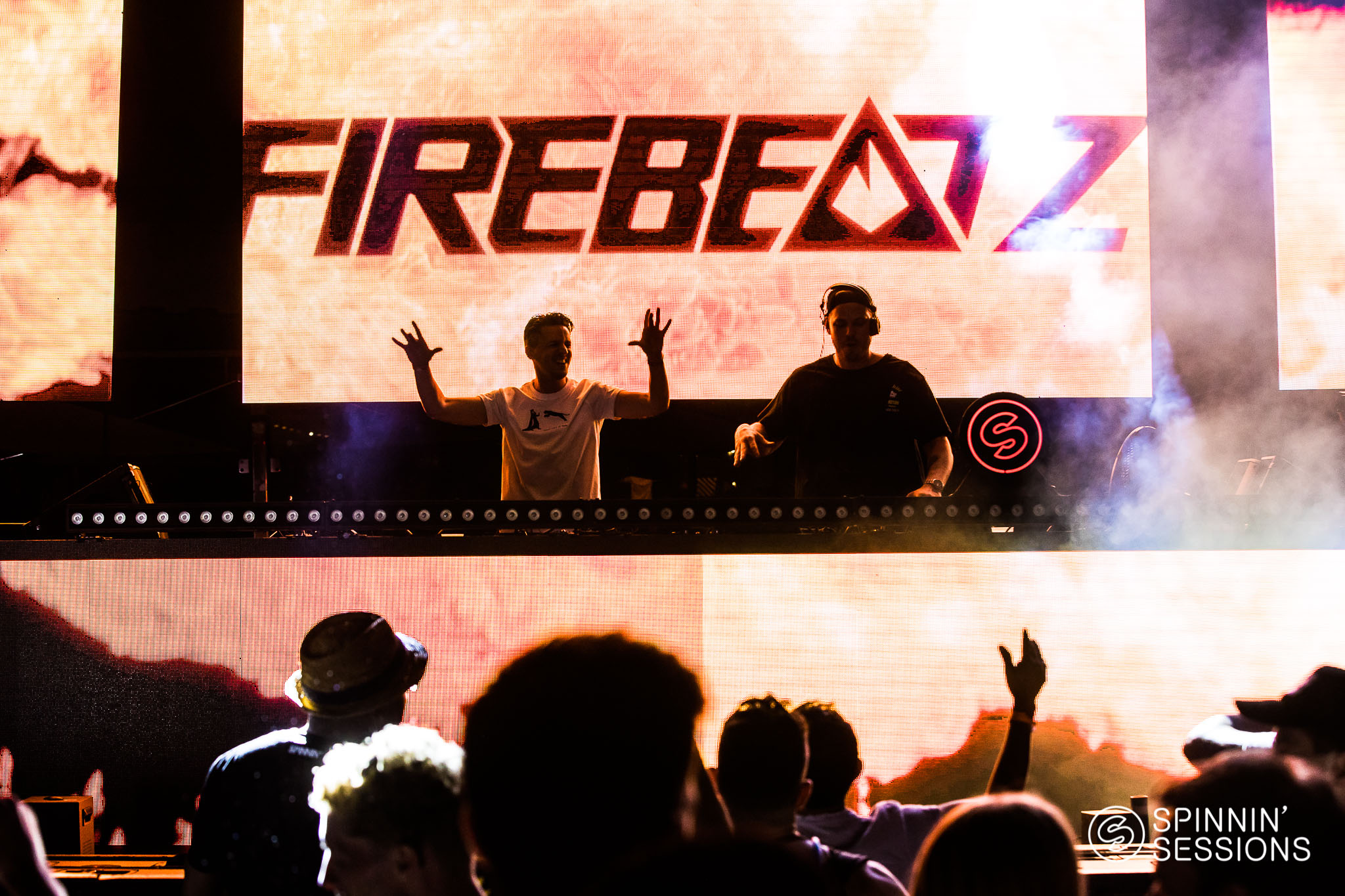 Tim Smulders and Jurre van Doeselaar (collectively known as Firebeatz,) just made their flaming return back to Miami Music Week with a handful of shows in the beginnings of their Spring 2019 North American Tour. On Tuesday, the pair headlined the seventh year of their own event, Firebeatz & Friends, at Mokai Lounge alongside Chocolate Puma, DubVision, MOKSI, and Sikdope.

Firebeatz made two additional guest apperances at Spinnin’ Sessions on Wednesday and the Young Gunz showcase on Thursday. Regardless of so much going on, they continued to spin with high energy at each and every different event. Miami Music Week came and went in an instant, but there were so many highlights and upcoming events that they were excited to share.

Read The Nocturnal Times Q&A with Firebeatz below:

Nocturnal Times: Hey guys, how has Miami Music Week been for you so far?

Firebeatz: It was a great start yesterday with our own party!

Nocturnal Times: Yeah we were there at Mokai Lounge – it was a crazy show and so packed!

Firebeatz: It was too packed actually haha, they had to close the venue since it reached capacity, but it was a great thing!

Nocturnal Times: Absolutely, that’s a great thing! Do you both like those kind of venues more?

Firebeatz: This is a new venue and it was not a huge change, only 100 people more. I thought it would have better sound, better lighting, and overall it was just better haha. We’re happy! It was like a club setting or old school club setting. The energy was just building the whole night, it was the best.

Nocturnal Times: That being said, do you prefer festivals more? Or do you prefer more intimate settings like clubs? Of course both are very different experiences.

Firebeatz: Both haha but yeah they are very different. With clubs you can play and build the whole night. With festivals, you hear many DJs play all of the big songs for an hour. It is more high energy level the whole day which is sometimes tiring.

Nocturnal Times: It’s so impressive that you can keep up the high energy the whole time, the crowd was so into your set last night. What are you most looking forward to this week overall?

Firebeatz: Thursday we have a party with Young Gunz, there’s always something crazy to do here. I am just enjoying the whole thing. Also Spinnin’ Sessions is going to be crazy. Total we have about 6 or 7 different things to do for this week.

Nocturnal Times: You definitely have a lot going on in Miami! Other than events here, what do you have planned for upcoming music? You have an upcoming tour soon with a lot of dates in the near future.

Firebeatz: Yeah we have a lot of new music actually. Some collaborations with Chocolate Puma again, Oliver Heldens on Heldeep, and we are releasing a new track on Spinnin’ of course. We are almost done with the deals so we are coming back to the Spinnin’ family.

Nocturnal Times: It sounds like there is so much in the works for your music! How do you feel like you have progressed over the years?

Firebeatz: We are always having fun with our sound for sure, but lately we have been going back to house and bass. It feels very natural. It’s like we are going back to our roots.

Nocturnal Times: How soon is your next record coming out?

Firebeatz: It’s coming out in May on Heldeep, the collaboration with Oliver Heldens probably in June. We are still working on vocals, so don’t quote me on that haha. The track is done though! Everything we mentioned earlier we are including in our sets this week.

Nocturnal Times: How is the process of producing? Can you just sit and complete a track or does it take you a while typically?

Firebeatz: Every track is different. Sometimes the main idea is done in 2 hours, and other times it can take weeks or months.

Nocturnal Times: It must be such a tedious process especially with so many new tracks on the rise. What program do you both use? Have you tried multiple?

Firebeatz: Logic! We use Ableton a lot too, especially for warping with the audio. We did not like the layout as much, it was too confusing. Especially with mixing, you can get lost in the project.

Nocturnal Times: Where did you guys come up with your name?

Firebeatz: It was actually because Tim has an uncle who was working at the fire department and was a volunteer for years. I just liked to pull out the barbecue. We started out with our names, but luckily we rebranded to who we are now. It just made sense to us haha.

Nocturnal Times: How do you think the music scene is here in the U.S.?

Firebeatz: I think it is really picking up again and getting bigger, Hip Hop has always been huge and especially in the last 1-2 years, it was overrunning the EDM and House scene. It’s coming back though, so now we are touring and playing a lot of clubs. It’s good to be back. For some reason we have such an amazing career in the US that we are able to come back every year. We love it here!

Nocturnal Times: You are already killing it with this successful start in Miami during your North American Tour. Do you both like the experience of touring?

Firebeatz: There’s nothing else like it, we’ll sleep when we really have to. It’s also cool that we are together doing it. We aren’t experiencing it alone and it’s nice to have each other. You aren’t going to explore as much without being with your best friend.

Firebeatz: Definitely the bus tour with Sander van Doorn – it was insane. There was no sleep, and it was a just a bus with a ton of guys going city to city. We had 11 shows in 12 days in 11 cities. I don’t know if we could get away with what we did over there in the States hahaha. We actually should do that again, hopefully here in the States!