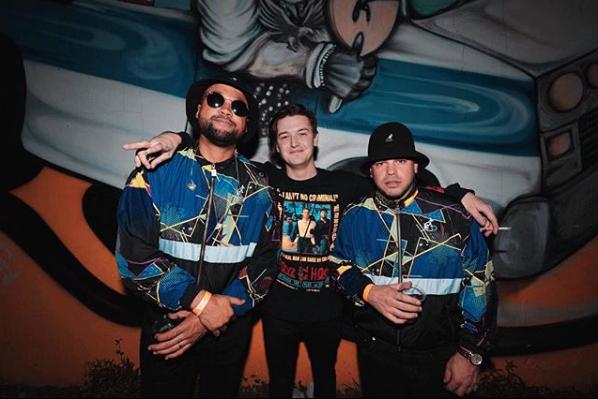 Kicking the week into high gear leading up to the impending Ultra Miami festivities, Ghastly threw down a mystifying ritual in Wynwood on March 27th at The Hangar with some very special friends in tow.

Setting the spiritual tone for the night was Blanke, Moksi, Sikdope, and Hakstrakt, who each came in with hard-hitting sets of their own to smash the house down. An ideal group for the venue, fans were able to get up-close and personal all night long to watch some of their faves crank out the bass. We’d easily say Sikdope was our personal highlight of the open, and a huge addition to this showcase. Sikdope seriously killed the game with his performance and was a very commanding presence up on stage throughout his entire set, excited to also be teasing his upcoming collab with the one and only Tiësto.

A friendly and passionate ghost on stage, Ghastly followed and absolutely took The Hangar by storm, relentlessly unleashing track after track with his forever-mesmerizing visuals circling both behind and in front of him on the decks. Tracks like “LSD” and a slew of unreleased bangers coincided beautifully with his mind-bending visuals and vibrant lighting that spanned all colors of the spectrum.

Midway through his set we saw another familiar face turn up on stage, this time in the form of a shark. Jauz slid in for a special few moments of fun, joining the crowd in feeling the volume and some rowdy stage antics. This is one of our favorite parts of Miami Music Week – all of the surprise pop-ups, unexpected back to back sets, and seeing friends supporting each other in the company of their fans. Could we really ask for more?

Hosted by Denial Events as part of their annual Miami week-long series, Ritual had a wild turnout as expected, and we hope to see its return in 2020! For more on Denial and what’s up with their latest, visit denialevents.com and expect to be a part of their Florida scene domination and beyond.

Beyond his Ritual event, Ghastly’s Sunday night performance returning to Ultra’s mega Worldwide stage was further demonstration of all his latest efforts, matched with ungodly proportions of fire, crushing bass, and new tracks. Hitting up SiriusXM beforehand to discuss his set that night and other recent ventures, it was a smashing last day to end his week-long escapades under the sunshine of Miami. Until next year!