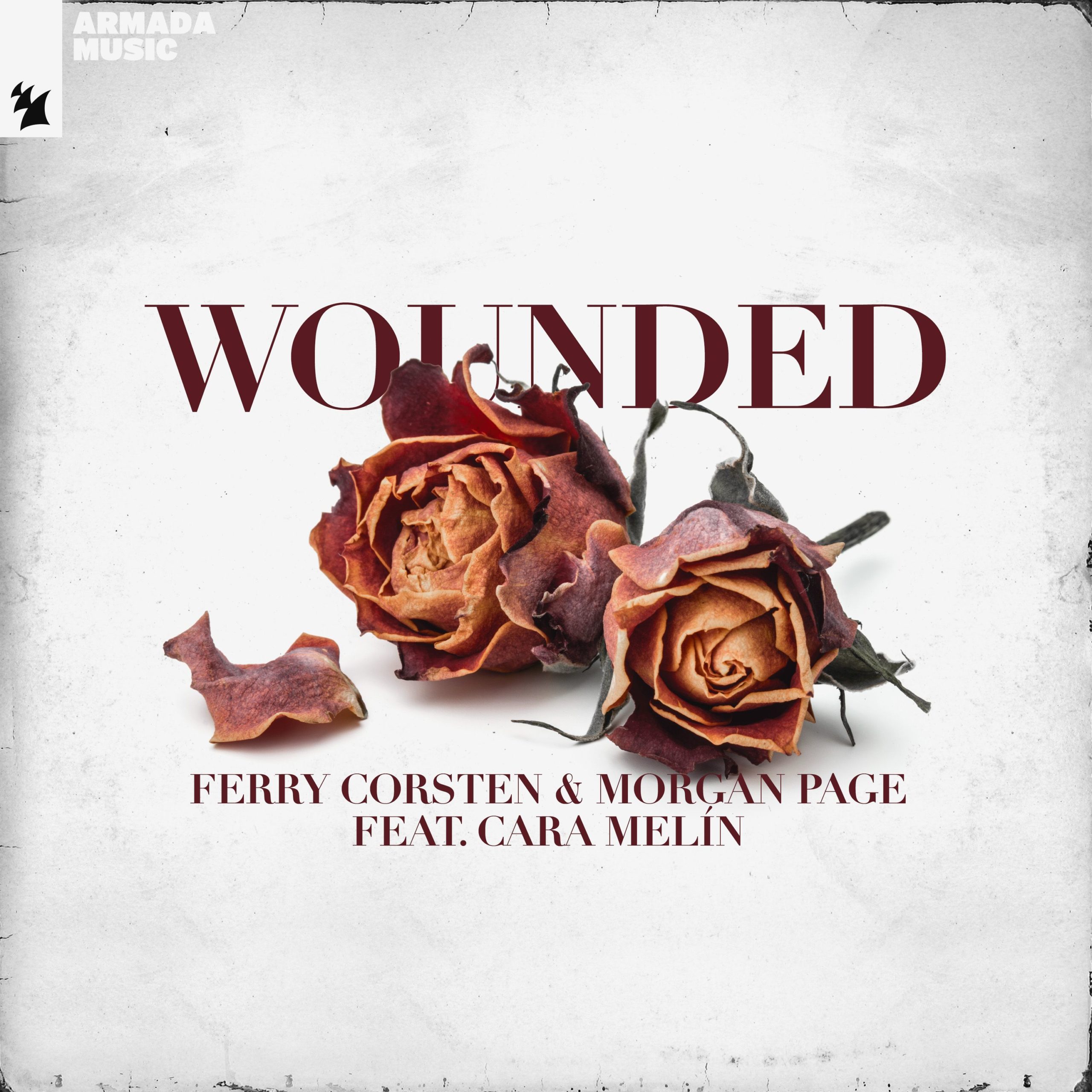 Hailing from Rotterdam, the Netherlands, Ferry Corsten has been consistently at the top of his game after dropping his sophomoric album, “Out Of The Blue”, under his System F alias in 1999. Morgan Page is a seminal force in electronic music. Across his dozens of hit releases, the two-time GRAMMY Award-nominated producer and DJ has racked up hundreds of millions of streams and charted multiple Billboard, Beatport and U.S.Dance Radio #1s. Now these two heavyweights aren’t two names you’d normally expect on a record together, but that’s exactly what makes this team-up of giants all the more exciting. Add in the signature vocal presence of Dutch songstress Cara Melín and we have an amazing piece of artwork.

The first-ever creative get-together between dance music gems Ferry Corsten and Morgan Page, “Wounded” instantly demonstrates its creators’ in-studio compatibility. With organic synths, powerful piano chords and Cara Melín’s radiant vocals sprawled over an infectious, groovy and sun-lit production, this track is set to achieve maximum impact on both the dance floor and the airwaves. “Wounded” is a perfect mix between Ferry Corsten’s trance-oriented sound, Morgan Page’s house-infused style and the signature vocal presence of the incredible Cara Melín, “Wounded” will soon hold a special place in the hearts of countless dance music fans. “Wounded” is out now on Armada Music.