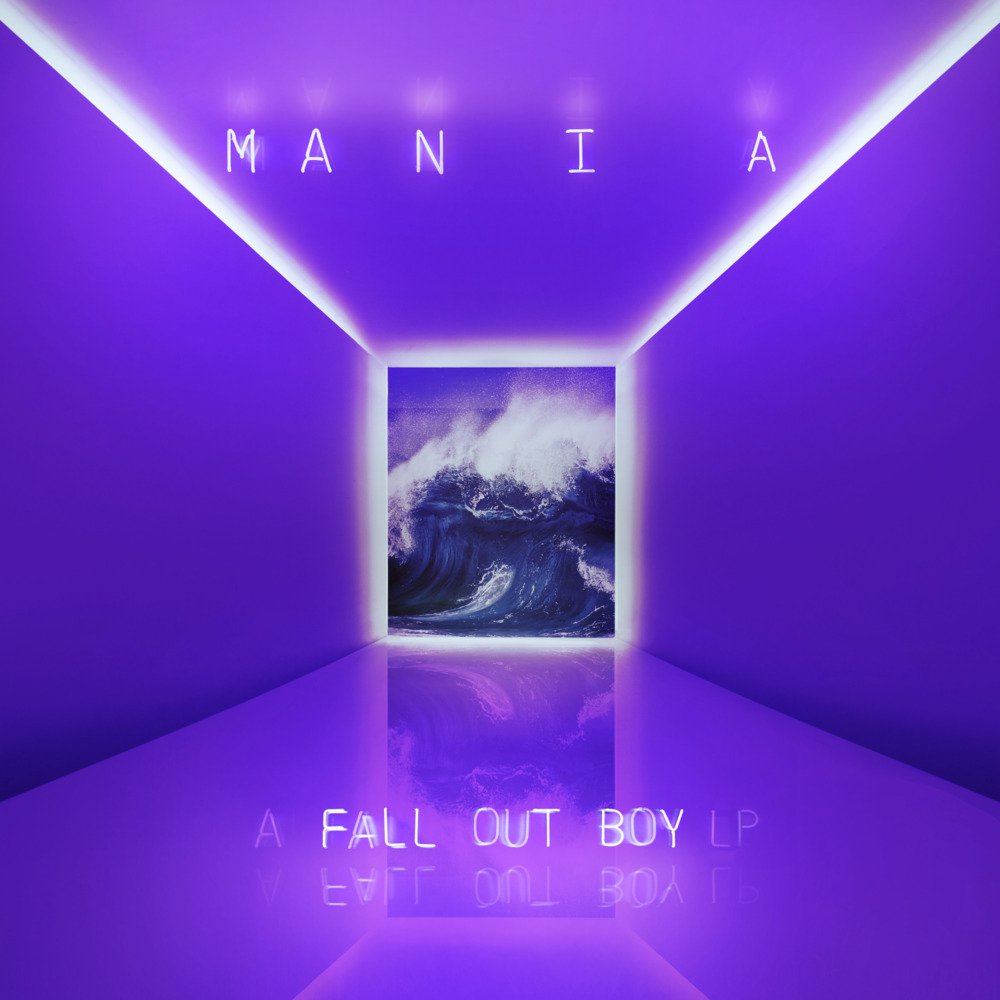 Chicago-born alternative rock/pop-punk band Fall Out Boy has put a new spin on their sound with their latest single, “Young and Menace” which will be featured on their upcoming LP, M A N I A, set for release on September 15 via Island Records.

Patrick, Andy, Joe, and Pete have taken Fall Out Boy on a wild journey over the last 16 years, including a short hiatus from 2009-2013. During that time, vocalist Patrick Stump explored a solo career, releasing a full-length studio album titled Soul Punk. Bassist Pete Wentz took to starting a new band, Black Cards, featuring electronic/pop singer and songwriter Bebe Rexha. Since the days of Black Cards Rexha has been featured in many dance music tracks, working with the likes of Afrojack, Martin Garrix, and David Guetta. Drummer Andy Hurley and guitarist Joe Trohman took the time to form heavy-metal group The Damned Things. Eventually the gang announced they’d be bringing Fall Out Boy back to life in February 2013, with a new album and tour.

As of late, Fall Out Boy has been working on M A N I A, their seventh full-length studio album. Singles “Champion” and “Young and Menace” have already been released ahead of the LP. “Young and Menace” tells the tale of someone who feels that they don’t fit in. The track starts off with Stump’s quiet yet menacing (hah) vocals before suddenly hitting a hard drop, surprisingly unexpected coming from these alternative rock veterans.

Wentz shared his thoughts on the video, stating:

“The concept is the idea of a movie like Elf, where he realizes maybe he isn’t an elf after all, but ours has less comedic elements and more real world implication. She realizes that maybe she is human after all – but maybe the line between us and monsters is blurrier than we think…”

Watch the official music video for “Young and Menace”

This isn’t the first time Fall Out Boy has messed around in the electronic scene. In 2015, FOB released their first remix album, Make America Psycho Again, which featured mixes of tracks from their sixth studio album American Beauty/American Psycho. Patrick Stump also collaborated with Blink 182’s Travis Barker on Krewella’s “Dancing With The Devil” (featured on their album Get Wet) back in 2013.

The guys have come a long way since Take This To Your Grave. FOB supporters have remained dedicated to the group and been a part of the ride for nearly two decades now. Despite a continually developing sound, fans have stuck by the group on their pilgrimage from emo/pop-punk to alternative rock to pop rock to dance-inspired.

In support of M A N I A, Fall Out Boy will be embarking on a tour of the U.S. this Fall. For tickets, tour dates, and to pre-order the album, visit falloutboy.com