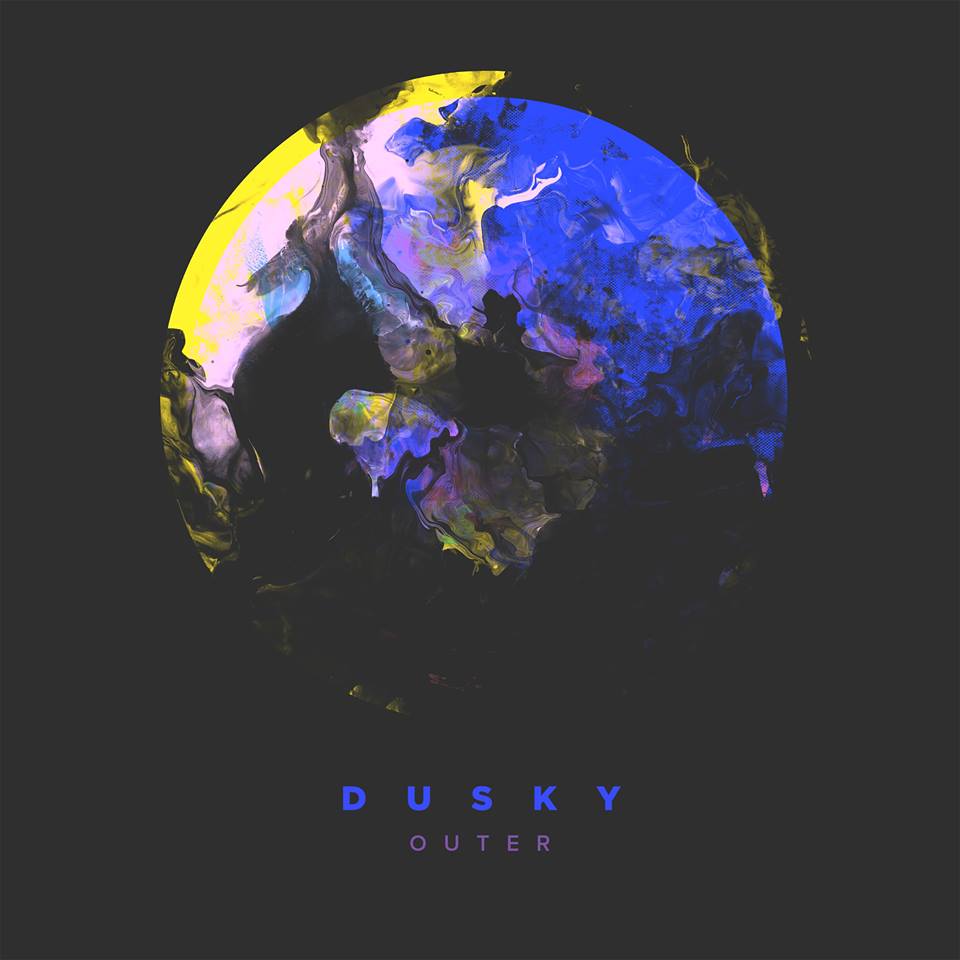 Dusky’s been making music for quite some time now and first launched into the spotlight with the album Stick By This from Anjunadeep in 2011. More releases on the powerhouse label Anjunadeep would ensue until Dusky decided to start their own 17 Steps label. The last package release from Dusky came via the four track EP on 17 Steps “Ordinary World.” Having come a long way, they have seen dance music go through its many trends. Dusky proves in this newest album Outer that they’re still the same house-centric thrilling artists from London, but with a touch of edge in this latest release.

“All We Ever Needed” is the first track to come from Outer and it wastes no time setting the mood. It’s a spiraling ambient tease that rises up with the help of classic house female vocals crying out about a failed love. No loud or belligerent drops needed here in this soothing intro of a tune from Dusky on Outer. “Tiers” starts off with laser piano synths you could relate to progressive God Eric Prydz. The beat is a little more up-tempo with a driving bassline but it still carries undertones of the same ambient theme from “All We Ever Needed.”

The London roots of Dusky are strong in Outer and it can be heard in the brooding “Runny Nose.” The middle of the track gets you in a hazy lull before sneakily leading into one of the albums’ hardier parts. To calm you back down Dusky throws in the bass pumping rising climber of a track “Trough.” The way Dusky has meshed so many directions within a song as displayed in “Trough” and “Runny Nose” is what makes Outer a standout alone.

A possible favorite on Outer, “Sort It Out Sharon” gives you the most overwhelming sensation by letting their echoing techno wubs and wobbles take you over. This track is a London tech-house thumper and is a must listen from Outer. Another great display of mixing the best of multiple genres, is “Long Wait.” It offers a purifying instrumental rise via Dusky and ominous vocals from Solomon Grey. Changes directions from the hypnotic Solomon Grey collab, “Songs Of Phase” offers all the sex appeal you could possibly ask for in the form of an after-hours grungy track. “Swansea” presents itself to be similar to a pop-punk track you’d hear in the 1980s, but with the soothing elements Dusky has come to own.

“Marble” is a top nominee for celestial track of the album, keeping the same constant mellow vibe throughout the entirety of the song. Dusky used ambient undertones with eerie and classical synths to set up for an energetic and optimistic roller coaster of a song in “Ingrid Is A Hybrid.” One that knows how to lull you, sing along, and drift you off to another place “Ingrid Is A Hybrid” is a standout track from Outer. To wrap up the album “Spruce” starts off on its own accord with a piano layered over an ailing male voice. “Spruce” ends Outer with the perfect let down keeping break house beats still in tact but the tone euphoric and light.

Dusky’s latest album Outer has to be one of the most surprising albums of the year. Not just in the sense of the remarkable product delivered by Dusky, but in the actual songs within Outer. At no point can you ever get a clear grasp of where that particular track might take you. Outer is a fashionable display of everything dark and techno to melodic and serenading. Dusky makes it clear they have a style that needs to be heard and that comes from years of experience and honing in on some of dance music’s finer sounds, which came to full fruition in the sophomore album Outer.

Listen to Outer on Spotify below:

You can purchase the full Outer album on iTunes, HERE.

“To You” By Lliam & Latroit Features Up and Coming Australian Songstress, CHARLZ