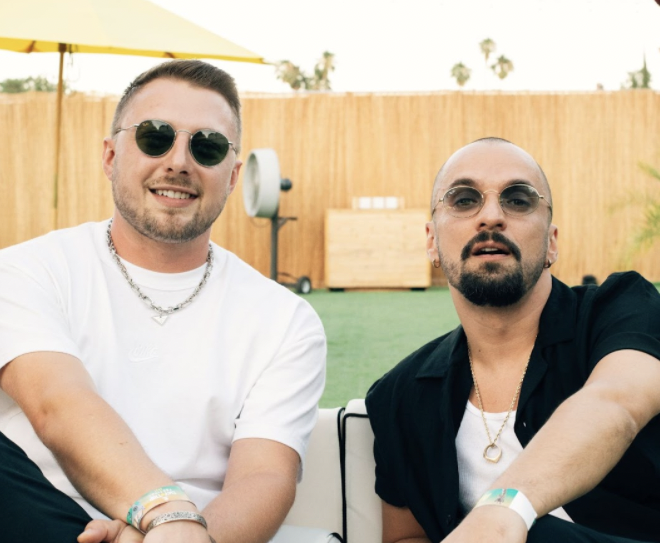 House industry icons Dombresky and Noizu are known individually for their bass-driven tracks and ability to bring any crowd to life. Growing up in different countries, it would seem far-fetched that the two would cross paths but with their shared passions in music and a lucky twist of fate, they have become long-time friends and collaborators. Now, for the first time ever, the two are throwing an insane b2b at the Hollywood Palladium for a one-night celebration of their new single “Rave Alarm.” Tickets for this special November 13th event are now available here.

Since meeting in Los Angeles in 2018, the two DJs and producers have been close friends and colleagues. Dombresky, originally hailing from France, has had massive success since his debut- playing festivals such as EDC and his own headline tours in Australia and China. American-born Noizu, on the other hand, holds his own success here in the States with his debut track “Lasers” taking over the industry in 2015. Since then, he has received support from major artists such as Diplo, Skrillex, and Chris Lake. Together, these two rising stars have been taking over the music industry by storm and are bringing it all center stage at the Palladium this year.

With their release of “Rave Alarm” last week, Dombresky and Noizu have already seen much positive feedback with over a million plays on just Spotify alone. With upbeat vocals and a heavy-hitting bassline, this track is sure to keep the crowd moving-as proven at the song’s live debut at Daytrip LA last week. This track is just a taste of what attendees are sure to experience this November at the Hollywood Palladium. For more information on the show and to buy VIP and GA tickets, visit https://concerts.livenation.com/event/09005AE20C023C70.