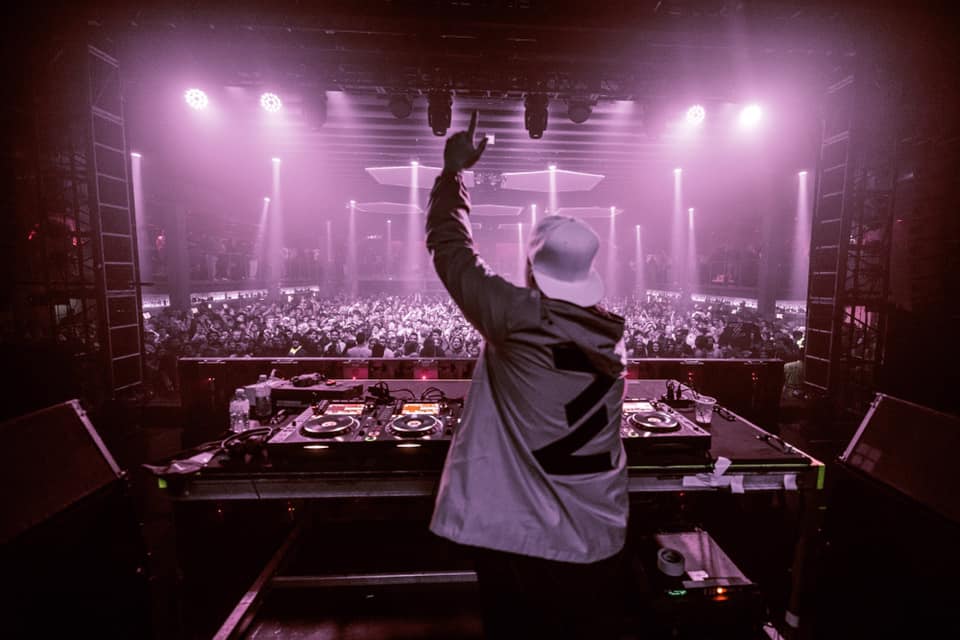 Zack Martino,  one of Armada Music’s newest talent, is surely a name to keep an eye on. The New York native is one of the most vibrant up and coming artists in the electronic dance music scene, recognized and acknowledged highly by big names like Armada mastermind Armin van Buuren himself, Borgeous, W&W, and more.

The Staten Island native has demonstrated his incomparable level of talent with all of his tremendous accomplishments these past couple of months alone, with even more releases and collaborations on the radar later this year.

With the hopes of one day becoming a prominent EDM producer, his dreams are finally becoming a reality. He has taken the scene by storm with his extraordinary sound structure, ranging from those uplifting progressive tones we all love to more deep and tech house infused beats. Regardless of what style he chooses to play around in the studio with, all of his tracks result in being absolute bangers. He has remixed some pretty recognizable tracks like Armin’s “Lonely For You” and “Rich Boy” by Galantis, and has released some remarkable tracks of his own like “Hold On To Me” and his latest piece titled “Mood” featuring Dyson’s soulful vocals.

Racking up over one million monthly Spotify listeners and over 50 million streams, there’s no doubt Zack is on the rise to become an industry all-star. Within such a small time frame in the game, he has already been nominated for a GRAMMY under the “Best Dance Recording” category for “Hold On To Me” and has endured a significantly strong presence within the scene overall. While spending time with the Armada Music team in their brand new New York City office, we got the chance to sit down with Zack Martino to discuss his latest tracks and music career endeavors in our exclusive Nocturnal Times Interview below.

The Nocturnal Times: Did you always think you were actually going to pursue a career in music?

Zack Martino: I always knew that it was either going to be that or something art related. I’ve been drumming and playing the piano since I was four years old, so I knew music was something I wanted to pursue. Eventually I started playing around with these same instruments but on some different software on my laptop, and that’s how I got into electronic music.

The Nocturnal Times: You beat me to it, that was actually my next question for you. What else inspired you to create electronic dance music specifically?

Zack Martino: It was definitely how different the genre was from everything else out there. Also, living here in New York I got to attend all these shows within the club scene, even back when I was in high school. The first DJ I ever saw live was 4B, who is also from where I grew up. He actually inspired me to follow his path and start creating electronic beats of my own and I just knew its what I wanted to do in the long-run.

The Nocturnal Times: When you first started producing, did you have a specific sub-genre in mind or did you simply start off by playing around with different sounds?

Zack Martino: When I was 15 I really got into tech-house. I was playing at Pacha back in the day, which sadly closed down here in the city. It was the go-to spot for all house heads including myself. I loved that it was so house-oriented, so it inspired me to produce similar sounds. Eventually, I got into more mainstream electronic sounds within the progressive and electro categories so I guess you can say that I mixed them all together to produce my own signature sounds. I’m always going to mix things up, as an artist I think experimenting is very important rather than just going with what your fans want to hear.

The Nocturnal Times: How did you kick-start your music career? What steps did you take to get to where you are today?

Zack Martino: I think just being present, going out, and putting myself out there really did it for me. Going to places like Pacha and meeting people who were important in the scene was a big factor. I would literally hand out my USB drive to them at the club so they could listen to my work. Networking is key if you’re trying to expose yourself and make it big.

The Nocturnal Times: Being that New York City is such a music-savvy city and that you’re originally from the area, would you say that it helped a lot with these music career opportunities?

Zack Martino: Yes, definitely! Like I said, I think putting myself out there definitely did it for me. W&W were actually the first big artists to ever discover me. I sent my friend one of my very first songs and really seemed to love it. One day, he randomly says to me, “you’re never going to believe this but I was just on Skype with Willem from W&W and he was freaking out about how good he thought your song was since I was playing it while we chatted, and he told me they would love to sign it”. It was my track called “Future”, and from there on out they were of supporting it in their radio shows and sets, and even Martin Garrix picked it up. It’s crazy that all of this came from a good friend I had here in the city.

The Nocturnal Times: Was the first show you ever played live here in New York?

Zack Martino: Yes, it was at Pacha actually back in 2011. I opened up for Laidback Luke, so that was absolutely insane to me. I started religiously playing shows a year ago, but it all started here in my very own home.

The Nocturnal Times: Tell us more about your upbringing with Armada Music. You mentioned the whole W&W story, but how did you become more involved with the label after that happened?

Zack Martino: I basically just wrote to them to thank them for all of their help with “Future” and just kept sending over demos when I had the chance. Eventually, they asked me if I had anything else I wanted to share, so I sent over a bunch of my work including “Hold On To Me” about a year later. They loved it so much that it turned into my first record deal with them. I just kept in touch with everyone I knew within the label and now I’m happy to say that I’m officially a part of it all.

The Nocturnal Times: Big names in the industry like Armada Music prodigy Armin van Buuren have demonstrated a high level of appreciation towards your work. Have you gotten to meet the legend himself?

Zack Martino: As you know, I remixed his track “Lonely For You”, and while we were at one of the big industry parties in Miami during music week, he walked in out of no where and came up to me. He seemed so excited to see me and it was awesome realizing that someone as big as him knew who I was. He even said to me that he’s happy that I’m a part of the Armada family now, and it was such a pleasure finally meeting him. He ended up playing at that party and out of nowhere he featured my remix of his track and pointed at me so that I could join him on stage. It was unreal.

The Nocturnal Times: We’d love to hear more about your latest track “Mood” featuring Dyson. It’s very different than many of your other productions. What inspired you to change things up for this track?

Zack Martino: Dyson and I had been going back and forth through DM’s and I basically asked her to send anything she had been working on since I’ve been wanting to collaborate with her for some time now. She sent over about 6 songs and one of them was “Mood”, including her vocals and sort of a light piano beat to it. It inspired me to want to create something with more of that Ibiza deep-house type of sound, with that “Show Me Love” by Sam Feldt type of vibe to it. It all just flowed so perfectly together with her original demo, and I’m happy I decided to go this route with it.

The Nocturnal Times: With the track having that upbeat and melodic summertime vibe to it, did you release it at this time of year on purpose so that it could easily become a top summer hit?

Zack Martino: Actually, not really. I’m pleasantly surprised as to how the track’s release actually came about. I think that’s the right word to describe it. The track was supposed to come out back in December/early January. It had to get pushed back for many reasons, but I’m glad that it did. I think it got released at the perfect time of the year, right before summer as you mentioned. It was not intentional at all but everything worked out for the best.

The Nocturnal Times: These past couple of months alone have already been so rewarding for you. What goals have you set for yourself and your music career for the rest of 2019?

Zack Martino: I have a really big collaboration I’m currently working on that I’m excited to announce. I can’t say who its with, but its going to be huge. I have a lot more singles I’m working on also, and a lot of writing that I’m going to continue on with as well. My biggest priority is focusing on producing and releasing this new wave of music I have planned. I’m trying to stay true to myself with my work and release tracks truly close to the heart. There’s a lot of show appearances to look forward to as well, and I hope to appear at even more venue lineups throughout the year.

Related Topics:interviewsZack Martino
Up Next