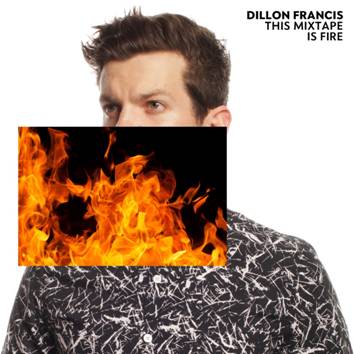 Dillon Francis is an innovative force in the electronic dance music (EDM) community, and he’s just released his latest track, “Bun Up The Dance,” with Skrillex. The track, which features a topline from Georgia Ku, is the latest track to be released from Dillon’s upcoming This Mixtape Is Fire EP and is available now upon preorder of the EP HERE.

This Mixtape Is Fire EP will see its release through Columbia Records/Sony Music on August 14 and features groundbreaking collaborations with Chromeo, Calvin Harris, Bro Safari, and Skrillex.

Francis takes to Lollapalooza Music Festival tonight in Chicago. Fans who are unable to experience the set in person can tune in for a live broadcast on Channel 3 on lollapalooza.redbull.tv at 7pm CT tonight for a live stream of all the action.

Dillon will also perform at Electric Adventure in Atlantic City, NJ this weekend. Following the beachfront festival headlining set, the pioneering DJ and producer takes to the Borgata for an official after party at MIXX nightclub.

Listen to Dillon Francis & Skrillex “Bun Up The Dance:”