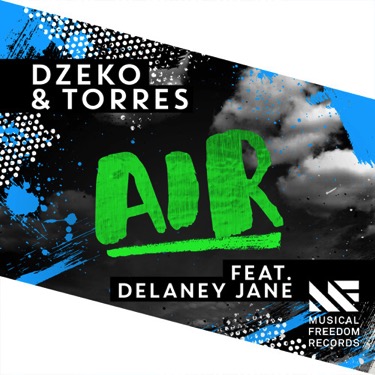 Dezko & Torres return with another monster creation on Musical Freedom—this time, the powerhouse pair have teamed with Delaney Jane for a gigantic production, which came just in time for the start of festival season.

The explosive summer anthem first made its debut during Ultra Music Festival in Miami this past March. Musical Freedom boss Tiësto brought the duo on stage during his main stage performance to debut their newest production “Air,” which features vocals from Delaney Jane.

Dzeko & Torres took to SiriusXM this past week to provide the official premiere of the track to the airwaves. “Air” has already seen support from Tiësto, Hardwell, Martin Garrix, W&W, and Dimitri Vegas & Like Mike, among others.

In the official music video—out now to accompany the release—the pair take viewers on a journey, offering a glimpse into their experiences on the road.


“Air” is available on Beatport.