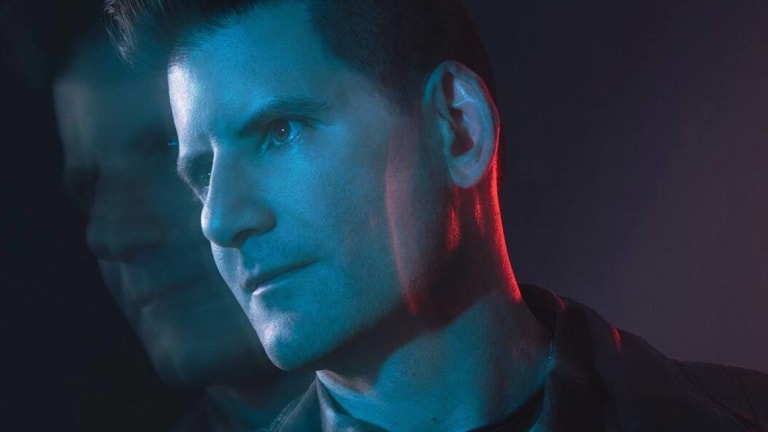 Ever since deciding to take on the dance music industry full-time a while back, Destructo AKA Gary Richards has done the unthinkable. From producing relentless beats in the studio alongside some of the industry’s greatest to founding the prestigious HARD and All My Friends event brands, Destructo continues to prove that anything is possible when you have a genuine end-goal in sight. The exemplary industry leader has played a tremendous role in the dance music scene throughout his years, and there’s no sign of him slowing his momentum down anytime soon.

Inspired by the underground rave scene of the early 90s, Destructo decided that someday, he’d transform the scene and make it both accessible and amusing for music lovers across the globe to fully indulge in over time. It’s been a little over two decades since that vision first came to mind, and it’s safe to say he’s turned his dream into a reality quite flawlessly. Thanks to him, the way we view party-driven electronic music festivals and events will never be the same. Despite inevitable downfalls like this never-ending worldwide pandemic we’re currently in the midst of, the forward-looking DJ/producer/entrepreneur always knows how to look at the bright side and instill a sense of hope and inspiration into everyone involved in the industry, including his many followers dispersed around the world.

After a plethora of celebratory tour stops across the nation in dance music leading cities like Chicago, Detroit, Austin, Washington D.C. and more, Electric Zoo: Supernaturals was thrilled to host Destructo for this year’s revamped festival production in New York City. Known for its intricately diverse lineup, Electric Zoo always ensures to welcome dance music’s greatest, and having Destructo make his grand comeback to the city that never sleeps this past Labor Day weekend was definitely the right call. Always on a high-note and full of life during his sets, Destructo absolutely slayed his EZOO set with an electrifying, crowd-pleasing performance at the Sunday School stage on the last day of the otherworldly dance music soiree. It was one of those you had to be there sets where the crowd was going absolutely insane in the best way possible.

With only a few months left of 2021, we got to chat with the notable industry leader ourselves right before his lively Electric Zoo performance about all things music, career goals, and forthcoming projects. Read on to learn more about Destructo’s agenda in our exclusive interview with him below.

The Nocturnal Times: What are you looking forward to the most during your upcoming performance at the revamped Sunday School stage here at Electric Zoo later today?

Destructo: Definitely looking forward to playing all my new tunes for the first time and seeing the reaction from the crowd when I mix them into my set. There’s so many new tracks coming soon and I don’t want to give away too many secrets or information regarding them, but you’ll definitely get to hear a bunch of them tonight!

The Nocturnal Times: What should we expect from your set here at Electric Zoo? Is there a specific sound style are you’re aiming for?

Destructo: Bangers all day! Get ready to expect a ton of bangers during this set. I always try to mix in tracks that will keep the party going strong and make attendees feel alive, and the Electric Zoo crowd is always a huge party crowd so I can’t wait to show them what I have to offer.

The Nocturnal Times: You’re a diversified producer and performer, with your sets varying in sound from time to time. How do you go about choosing what specific sound style to go with before each set?

Destructo: I always try to read the crowd and feel the energy they’re emitting. I usually have some tracks planned and mentally prepare myself to go a specific route, but sometimes I find myself just getting lost in the moment and mixing in different genres and random tracks during my sets. Sometimes it’s fun to just pull an audible, where you think you’re going do things one way but end up doing something completely different, and that’s what being a good DJ is.

The Nocturnal Times: Speaking of being a good DJ, you’re one of the most highly-acclaimed DJs/producers in the industry today. What would you say has been the highlight of your career as of lately?

Destructo: Honestly, all the studio interactions that I’ve had with artists like Busta Rhymes, Too Short, Snoop Dogg, and Yo Gotti. Getting together in the studio with these rappers and playing house music for them and having them come out of their comfort zone while curating new tunes has been so rewarding. There have been so many memories throughout the years man, but these memories in the studio are even more memorable than the process of creating the songs itself.

The Nocturnal Times: How did these relationships with these artists that you idolize so greatly come about?

Destructo: They’ve all formed so differently. But my relationship with Yo Gotti for example flourished from him asking to come out on stage with me at one of my old festivals. I played some tunes for the crowd with him by my side and that’s where it all began. We linked up in the studio together after that and just continued to make magic happen in the studio together moving forward.

The Nocturnal Times: You recently revealed “You’re The One For Me” with Troyboi. Can you tell us more about how this collaboration came to be?

Destructo: I’ve always been great friends with Troyboi and always make sure to book him for every event of mine that I can. He released a remix of the track I have with Busta Rhymes and then mentioned that he was working on some old-school track flips, and coincidentally, the track he was playing around with was one that reminded me of a track my dad used to play on the radio when I was 10 years old. I sent him my take on it and we kept going back and forth with it and it all just worked out so seamlessly.

The Nocturnal Times: Your remix of Idris Elba’s “Ballie” is one of my favorite recent releases of yours, what made you want to revamp this track?

Destructo: I heard the song and loved it from the first listen. Then I had this idea of wanting to make it hit a little harder than the original version, so I reached out to his management and they were keen on the idea of me remixing it. Idris is my homie, so I’m glad I got to release my own rendition of one of his songs. Ever since he performed at All My Friends a while back our relationship just kind of blossomed.

The Nocturnal Times: What are you looking forward to the most in the next coming months in terms of your forthcoming performances, releases, etc.?

Destructo: I’m about to announce a couple of early morning shows aka my Sermon sets, and I have a lot of new music coming that I’m excited about as well!

The Nocturnal Times: Now that you’ve picked up touring again, what have been some of your favorite cities/venues that you’ve performed at recently?

Destructo: Playing on the beach in Chicago earlier this summer was incredible. It felt amazing being back on tour and playing for a crowd of people, specially outside on such a beautiful Chicago summer day. There’s just something about those outdoor sets with perfect weather that just feel so right. The energy is always on point when those things align. The Vitamin D was also much needed!

The Nocturnal Times: So do you prefer an outdoor festival setting over a dark, intimate nightclub setting?

Destructo: Normally, I would say that my favorite setting to perform at is a small, sweaty tight nightclub. But with COVID I’ve been really trying to stick more to the outdoor sets and I’ve grown to love them.

The Nocturnal Times: When you’re not making music or touring, what do you like to dedicate your time to? Did you pick up any new hobbies or passions during the time off from touring and hosting your usual festivals and events?

Destructo: I’ve been cycling, skateboarding, spending time with family, and of course making music in the studio. I’ve been really big on being present and just enjoying my time at home. It’s actually been pretty rewarding after working and being on the road for so many years, I feel like I needed the break.

The Nocturnal Times: You’re such an influential persona in the electronic music industry, can you tell us more about your journey and what you’re looking forward to the most in the near future regarding your career?

Destructo: My journey has been insane to say the least, and I’m just so thankful for all I’ve gotten to accomplish and all the amazing people I’ve met along the way. I’m not really thinking about what’s to come in 2022 as of yet but I’m super stoked about bringing back AMF and the cruise next year! I’m just planning for them when the timing feels right since its so hard to plan and stay consistent with COVID. Once we get the green light and confirmation that things are more under control I’m going to announce the official dates for these events, so keep a lookout for those!