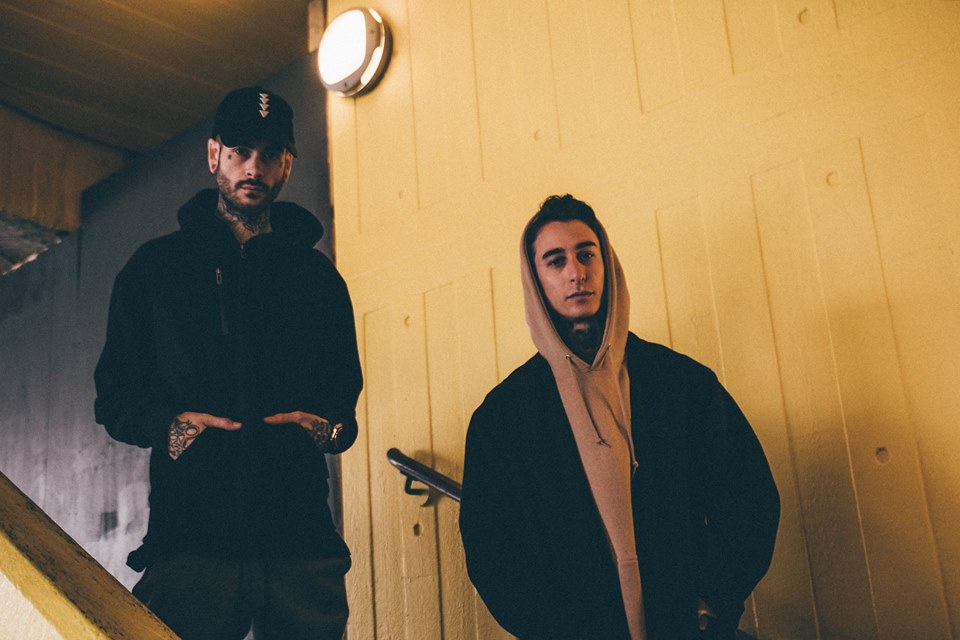 Still riding the wave from their recent killer album Only In Dreams, London’s very own Delta Heavy is setting New Music Friday on fire with the fourth single from this widely acclaimed soundtrack that was released in March. Teaming up with fellow electronic duo Modestep, their new single “Here With Me” is out now via Ram Records.

Blending two thrilling bass styles into one piece, “Here With Me” exudes confidence by both collaborative sides. Where Delta Heavy’s intense and irresistible drum and bass flair lays the alluring foundation for the track, Modestep weave their signature high-powered bassline into the record that takes it to a whole new level of momentum. Another testament to the 10/10 collaborations Delta Heavy accomplishes, “Here With Me” is a powerful team up to last the ages.

‘‘Here With Me’ was a rare instance where we wrote the instrumental track with very much a specific voice in mind – that of Josh from Modestep.  Like so much on ‘Only In Dreams’, the track represents a real melting pot of our many influences, from current dubstep and future bass, as well as some older Rustie and Porter Robinson, and even some 80s synth stuff.  We wanted the track to be a bit of journey building from a calm intro through to the harder first drop and the more euphoric, uplifting second drop. Josh really nailed the emotive vibe we were looking for with his lyrics and vocal performance.  We recently did an Australia and New Zealand tour together and performed ‘Here With Me’ live each show, and it became a real moment in the set.” – Delta Heavy

Delta Heavy is certainly on a high this year, showcasing their brilliant style and incredible live performances around the world. Currently in the midst of an international tour spanning the Americas and Europe, the guys also blazed a trail through Australia and New Zealand. No matter which corner of the globe, Delta Heavy leads crowds into a unique electronic haven, leaving everyone eager for their next dose.