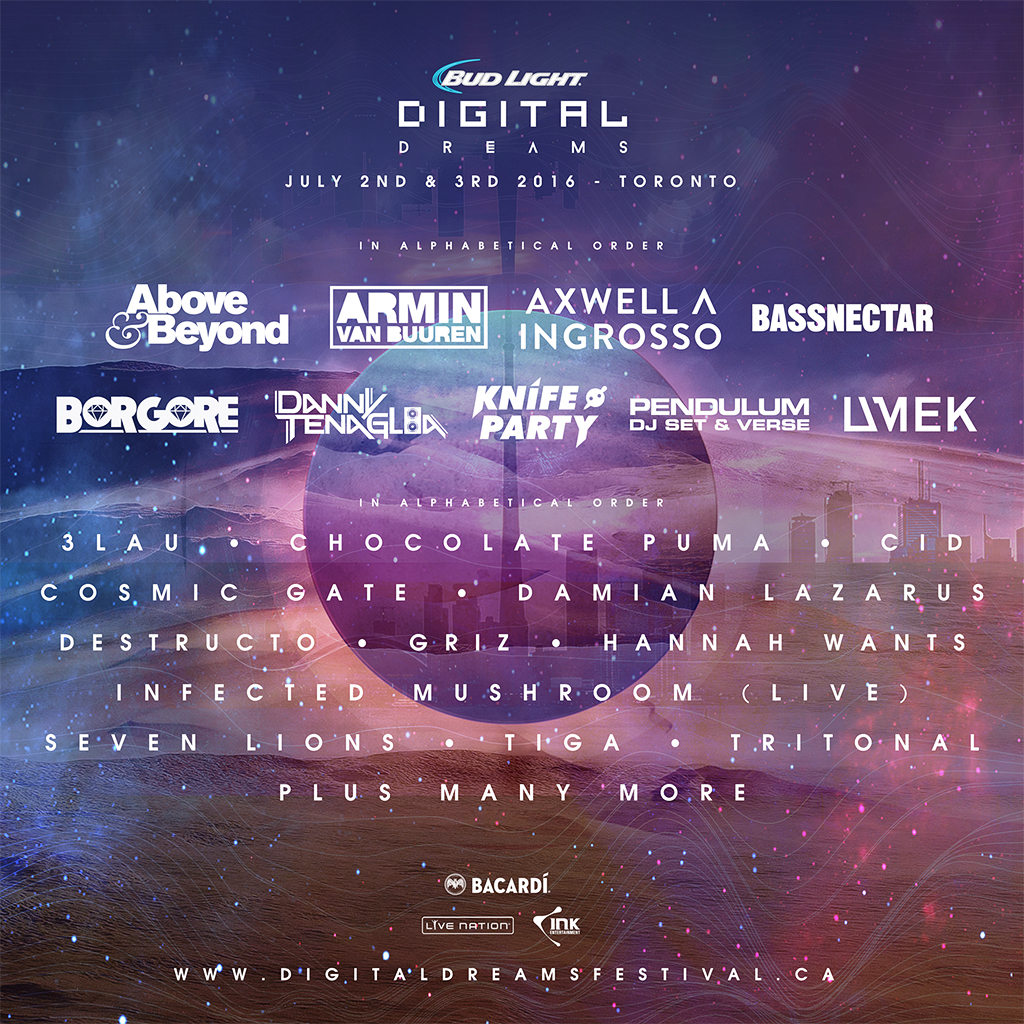 Making dreams come true, the global dance music festival everyone has waited for has been announced for an unrivaled event returning to Toronto, Ontario on July 2nd & 3rd 2016. Presented by Live Nation, Bud Light Digital Dreams music festival has released just a taste of its two day artist lineup and it couldn’t be better!

Over the past few years, Bud Light Digital Dreams has grown exponentially not just in Canada but worldwide. This year, Live Nation Toronto has delivered an A-list artist lineup causing a media frenzy for months now. Headliners include but are not limited to Above & Beyond, Armin van Buuren, Axwell /\ Ingrosso, Bassnectar and a Knife Party & Pendulum DJ set.

The Flats at Ontario Place is the perfect location for an outdoor music festival just outside of downtown Toronto and on the shore of Lake Ontario. This man made island is landscaped for scenic views and for festival-goer’s entertainment. Four stages complete with stellar production and the world’s best DJ’s give the nearly 30,000 music lovers an eclectic day and night of dancing

Giving back is of the utmost importance to the Bud Light Digital Dreams music festival and they will donate $1 for every ticket sold to Musicounts, a charity that supports music in schools and communities throughout Canada. Presented by Bacardi and produced by Live Nation and INK Entertainment fans can expect quality in every aspect of their experience.

Festival passes for this 2-day event are being sold in the form of GA or VIP at DigitalDreamsFestival.ca/tickets/. Do not miss out on the festival of your dreams get your passes now!