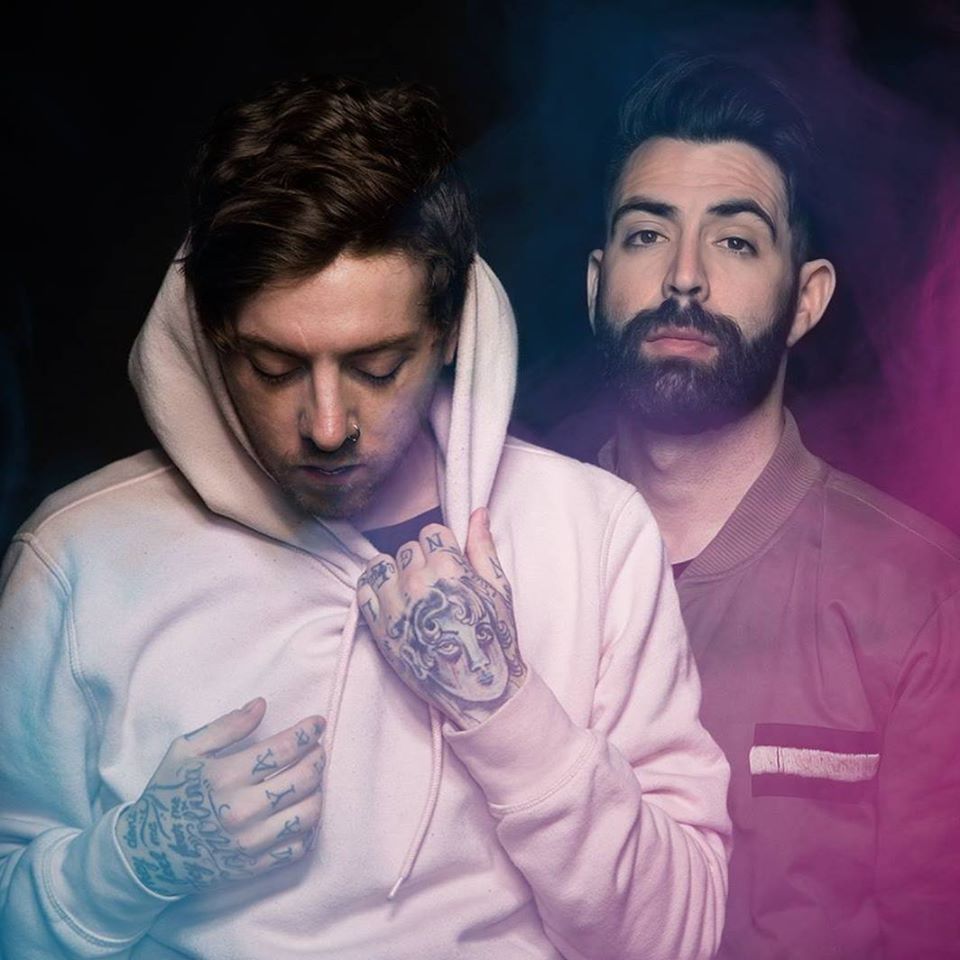 Breathe Carolina, made up of David Schmitt and Tommy Cooperman, is a pop/punk dance-infused duo based in LA. They are the talent behind popular hits such as “Blackout,” Rhythm Is a Dancer,” “DYSYLM,” and “Sweet Dreams” who have now unleashed their first album in 5 years, DEADTHEALBUM out now on Big Beat and Spinnin’ Records. The first single off the album, “TOO GOOD” has already been amassing more than 2 million streams since the time of its release last month.

“TOO GOOD” kicks off the album with a pop-dance vibe bringing in lush melodies, grooves, and a wave of house music to begin the journey through the album. David’s smooth voice overlaps with the blooming textures and these elements meet the high standards that the duo sets for themselves in their production process.

Following “TOO GOOD” is “LIKE THIS” the darkest track on the album due to its attitude-filled vocals and overall alternative feel. The beats move into a peak-time, switching between half-time verses and four-on-floor choruses with a rock-infused bassline. “DRIVE” is a creative and polished take on a radio-ready pop and house blended track. Breath Carolina mix all of elements together to make an original track that will smack down on the dance floor or play perfectly out of speakers at home.

Moving on to the tracks that have just been released, there are ones that evoke more emotion such as the guitar-inflected introduction on “JULY,” and the positive burst of energy in synth melodies “BETTER.” On the other hand, “IN THE DARK” take a different turn with a fresh edginess as themes of vulnerability and relationships lay over a low key beat. “DEAD” picks up the pace, surprisingly for its title, with tropical beats for a marvelous cut that stands alone from the ten tracks.

With a DIY background that has helped them create rock’n’roll inspired anthems, they have come full circle of bridging it with Electronic and Pop music at the highest level. Between performing on Jimmy Kimmel Live! to playing major festivals such as Tomorrowland, EDC, and Paradiso, the duo has continued to reach milestones in their career.  They continued to take their hard-hitting live performances worldwide playing shows in the US, India, China, Japan, and Mexico in this year alone. In addition, they have lent their production talents to release official remixes for Steve Aoki, Marshmello and Sam Feldt.

DEADTHEALBUM showcases the hard work that Breathe Carolina has not only put in, but the musical shift they have taken since their start. They have always explored different genres while staying true to their sound to release original content. With this new album, they plan to take the scene by storm in cities before the end of 2019. Don’t miss Breathe Carolina on their album tour from November through 2020 with more dates to be announced in the coming weeks!