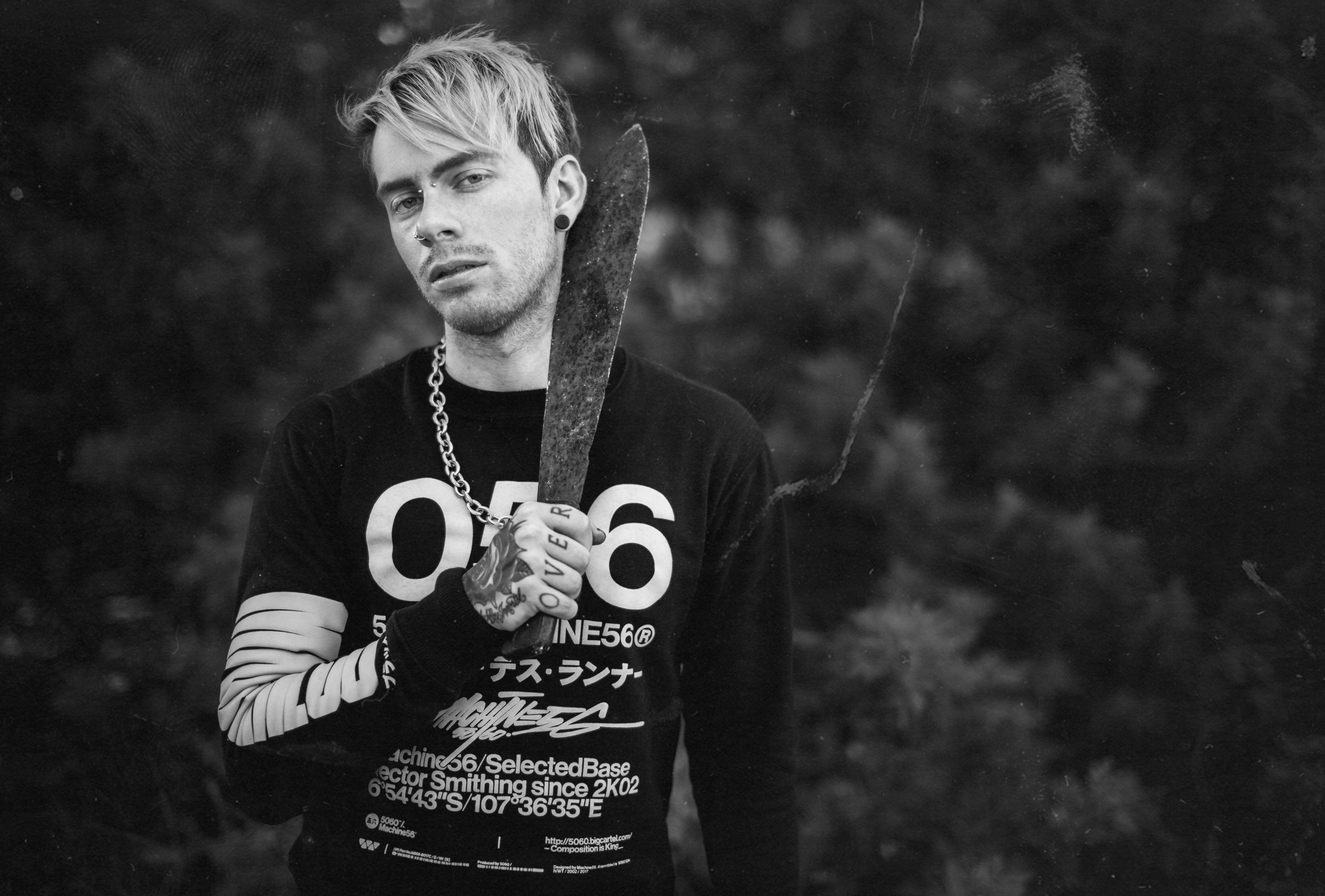 Varien’s upcoming album The Second Industrial Revolution has been hacked and unveiled by fans ahead of its intended December 6th release. The hack emerged on Varien’s Twitter feed earlier this week after fans noticed a picture featuring promo copies of the album lasered onto circular saws.

Several followers managed to successfully collate multiple images of the pixelated QR code into one full code, leading them to a file containing a press copy of the album and its accompanying manifesto.

The image of the circular saws was also included on an official album flyer posted online by Varien yesterday. Just hours later followers in Moscow, Hong Kong, and Santiago, Chile printed and posted the flyers in what are currently some of the planet’s most contentious political hotspots. At time of going to press, the flyers were also posted in Belgrade, Amsterdam, Brunswick and Livingstone in New Jersey and Wolfsville, Nova Scotia.

Unsurprisingly, the elusive U.S. producer was unfazed by the hack and supported the spread of the flyers, praising both as indicative of the cyberpunk nature of the project. His album will officially be released on December 6th, however he strongly commented:

“In these times of discord, we must remember the power of the human spirit,” he commented. “It built civilizations, it connected the world through the internet, and we need to remind those in power that we are not for sale, we are not to be shackled, and we are not disposable. WE MATTER.” – Varien

Revered for his shadowy productions and holding cult like status within the US electronic scene, Varien has been lauded by the likes of Dancing Astronaut, Your EDM, Earmilk and more, being revered as a figure head of EDM. His natural ability to produce sweeping and expansive compositions led to a huge influx of licensed material, also being experienced in a vast amount of musical and cinematic projects. Varien is a true artist in this modern era of art and music, and indefinitely possesses the rebellious, democratic, and tasteful spirit of some high-intensity political dilemmas around the globe.