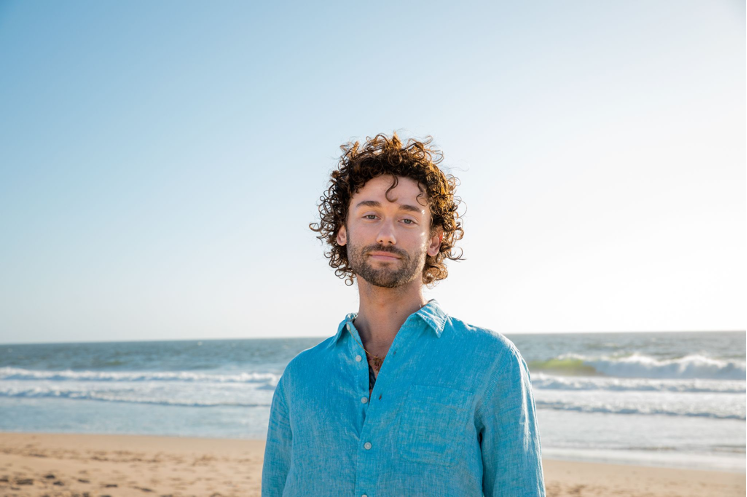 The uplifting single “Roots” from the singer-songwriter and producer Alex Wagner AKA ASW is finally here. This heartfelt single is released in celebration of Pride Month and is the second track off his upcoming Dahlia EP set for release in August on Popgang Records.

“It’s not all rainbows – there are states pushing anti-trans legislation left and right. As a homosexual and trans-ally, I hope that ‘Roots’ can be a call for vulnerability, to be seen and respected for who you are. Crisis Text Line is there for those pushed to the shadows, to listen to them, to help them.” -ASW

Known for his unique, moody sound ASW combines alternative rock, psychedelia, and progressive house in this powerful tune. His captivating falsetto vocals add even more dynamic to the track making “Roots” one to remember. Between the nostalgic-sounding synths and hip-hop infused breaks, ASW builds an outstanding arrangement of drums, guitar, sound effects, and more.

The Seattle-based artist has made strides honing his craft to raise funds and awareness through his art for Crisis Text Line, a nonprofit that is a text-based resource for those in crisis. As a proud gay man who has endured struggles with bipolar disorder, ASW is passionate about supporting others in need of resources to get the help they need. Last month, he was successful in raising over $3,400 for Crisis Text Line on his ongoing livestream series, The Dalia Experience, on Popgang Records’ Twitch channel. This was also where he first introduced his EP by sharing the track “Garden Overrun.” He plans to continue with the livestreams until the full EP is released.

After receiving a bipolar diagnosis in 2013, ASW was placed on an involuntary hold for a week in a hospital’s mental health wing. Since then, his recovery led him to volunteer 200+ hours over the least year with Crisis Text Line, to give a listening ear to those in need and provide support. ASW has also worked hard to uplift the LGBTQIA+ community, especially following the Pulse Nightclub shooting in 2016. He organized the Amplify Love campaign where he threw two fundraising shows at the Hawthorne Theater in Portland and Kremwerk in Seattle.

With a long history of giving back to communities who need it most, there is no doubt that ASW will continue to make a long-lasting impact through his art and strong voice. With his EP right around the corner, make sure to stay tuned for more announcements and ways to get involved.