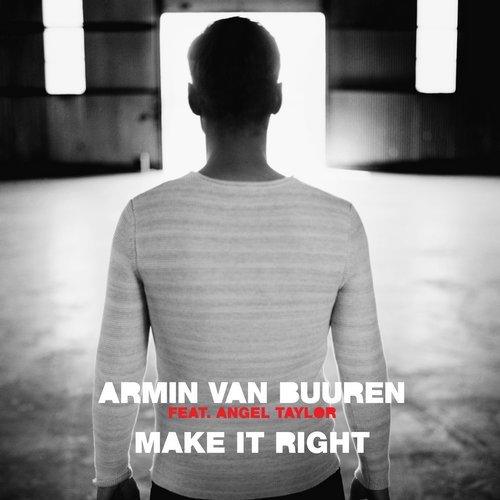 “Make It Right” by Armin van Buuren feat. Angel Taylor has been released through Armada with new remixes

Taken from Armin van Buuren’s latest full-length studio album, Embrace, “Make It Right” feat. Angel Taylor is out now through his Armada imprint. The contagiously-written vocal production has been released with a radio edit, and remixes from Ilan Bluestone & Maor Levi, Juicy M, and Morgan Page. The single EP with remixes is available now through Armada – and the official music video is coming soon.

After stopping at Above & Beyond’s ABGT 200 event at the Ziggo Dome in Amsterdam in September, Armin called upon Anjunabeats favorites Ilan Bluestone and Maor Levi for a signature trance remix of “Make It Right.” Secondly, the talented and beautiful Juicy M provided her own interpretation of the latest AvB single. Morgan Page provided a housier take on the original with each of the three mixes offering listeners something different.

Listen to “Make It Right” on Spotify:

In early 2017, van Buuren will bring his famed Armin Only event to California in partnership with Insomniac Events. The live show will stop at the Oracle Arena in Oakland on Fri., Feb. 3rd and The Forum in Los Angeles on Sat., Feb. 4th.

Hotel Garuda Releases Official “Fixed On You” Remixes via PRMD