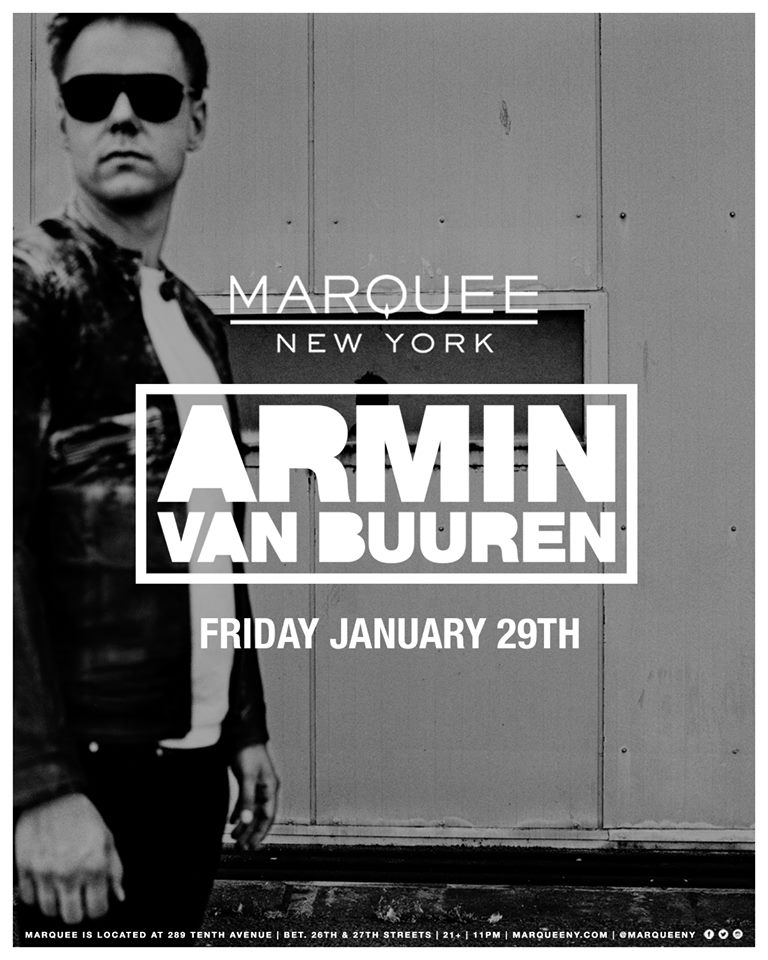 If your New Year’s resolution was to see Armin van Buuren as often as you could, then you’re in luck!

Already in high demand for 2016, the GRAMMY Award-nominated artist and trance icon is slated for his return to NYC on Fri., Jan. 29 at the premier nightlife hotspot that is Marquee New York.

Following the astonishing release of his brand new artist album Embrace on Oct. 29, the very next day, van Buuren hosted his own Halloween extravaganza at NYC’s Pier of Fear, where the Armada mogul shared his unique masterpiece with fans. Just three months later, dance music enthusiasts are fortunate enough to be embraced by Armin once again. Club-goers can anticipate this nightclub experience to be an undoubtedly intense and intimate one.

Recently celebrating his 39th birthday on Christmas day, Armin van Buuren never ceases to amaze the masses. The coming year brings a milestone 750 episodes of Armin’s famed A State of Trance radio show, as well as its coinciding grand scale global events, which have been a yearly tradition for well over a decade.

Between hosting his own festivals and headlining every major music festival around the world, Armin has already been teasing his upcoming Armin Only Embrace world tour by giving fans the opportunity to discover more tour hints by including #AOEMBRACE in their tweets. Once #AOEMBRACE reaches 5,000 mentions on Twitter, van Buuren will disclose details about his forthcoming Armin Only Embrace tour.

Don’t miss out on this early chance to embrace Armin in the New Year with a rare nightclub showcase!