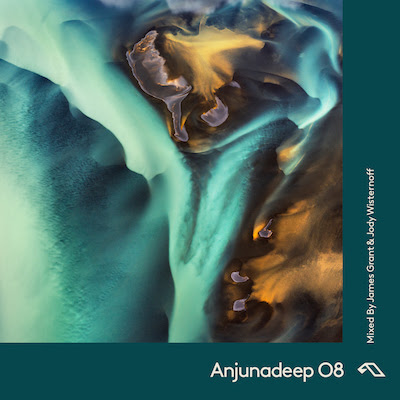 Anjunadeep 08 has been released worldwide via Anjunadeep Records as an eight edition of the flagship compilation album.

Anjunadeep has released the eighth installment of its flagship compilation album curated by James Grant and Jody Wisternoff, which you can listen to here. The label behind almost 300 releases, Anjunadeep has been a globally-recognized tastemaker since 2005. This year, the label has released acclaimed debut albums from Cubicolor and Croquet Club, new music by Lane 8, Dusky, and 16 Bit Lolitas, as well as music by Luttrell, Tontario, Icarus and We Need Cracks.

The Compilation album features two discs packed with music from label favorites, newcomers, and eleven exclusive remixes and edits from James and Jody themselves. After over a year of searching and toiling, James and Jody have put together one of the most eclectic compilation albums to date. From ambient soundscapes to bass-driven dance beats, this album is a unique experience packed with an array of emotions.

Anjunadeep 08 begins with an introduction from Hiatus set to piano and strings, slowly building in intensity through the next few songs and leading into some high-energy hits like Yotto’s “Edge of Affection” and 16 Bit Lolitas’ “Give It Up.” The dance tracks continue until Jody and James’ track ‘drop’ brings down the energy. Lane 8’s “Apes & Children” envelopes the listener in waves of wide pad synths and white noise with accompanied piano.

Disc 2 kicks off with the slow jam vibes of Croquet Club’s aptly-named “Slow Mo.” The rest of the disc keeps the dance beats coming with music from new artists, more Jody and James edits, as well as exclusive remixes by Solomon Grey and Ólafur Arnalds.

James and Jody have sure put in a lot of work to make sure that Anjunadeep 08 holds up to the label’s reputation. The two both have reputations as seasoned producers, complimenting each other’s skill sets in their fourth curated Anjunadeep album. Be sure to check out Anjunadeep’s official website, Facebook, Twitter, and Soundcloud.

Check out the full track listing below:

03 Aiiso Your Love Is An Echo