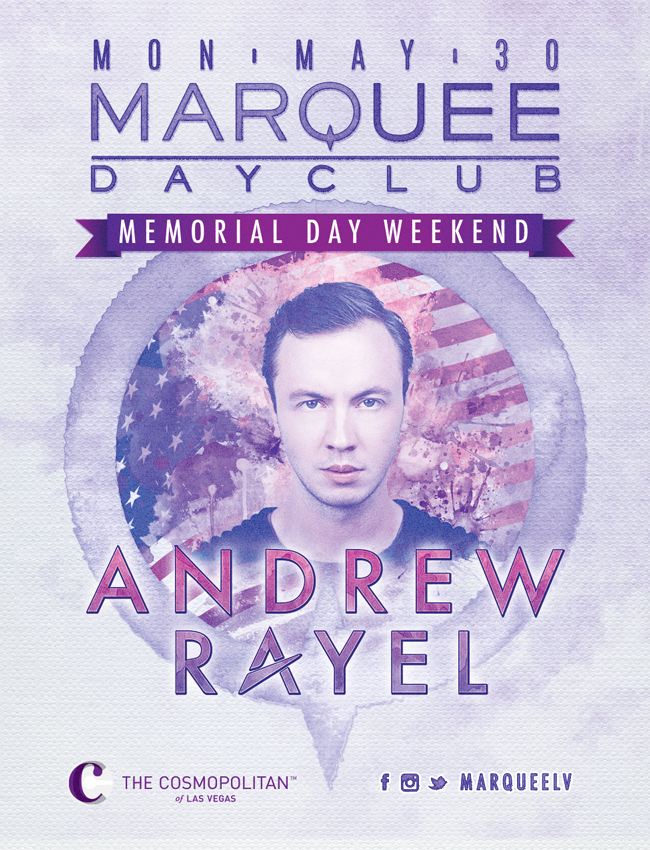 Andrew Rayel at Marquee Dayclub closes out MDW 2016 at The Cosmopolitan of Las Vegas. What better way to end your week-long string of partying Sin City style than with a fun-in-the-sun event with modern day Mozart and electronic prodigy, Andrew Rayel?

Bask in the sunshine, poolside, with views of the Las Vegas Strip all accompanied by a trance music soundtrack from Andrew Rayel.

Following the massive success of his latest album in 2015, Find Your Harmony (Deluxe Edition) on Armada Music, Rayel has released numerous new singles “Winterburn” with Digital X feat. Sylvia Tosun; “Once In A Lifetime Love” feat. Kristina Antuna; and “Epiphany,” which was just included on Armin van Buuren’s ASOT 2016 compilation.

Earlier this year, Rayel provided showcases at Ultra Music Festival during Armin van Buuren’s ASOT 750 celebration as well as hosted his own Find Your Harmony Miami event at Mokai Lounge.

Tickets for Andrew Rayel at Marquee Dayclub at The Cosmopolitan of Las Vegas on Monday, May 30, 2016, are available HERE.