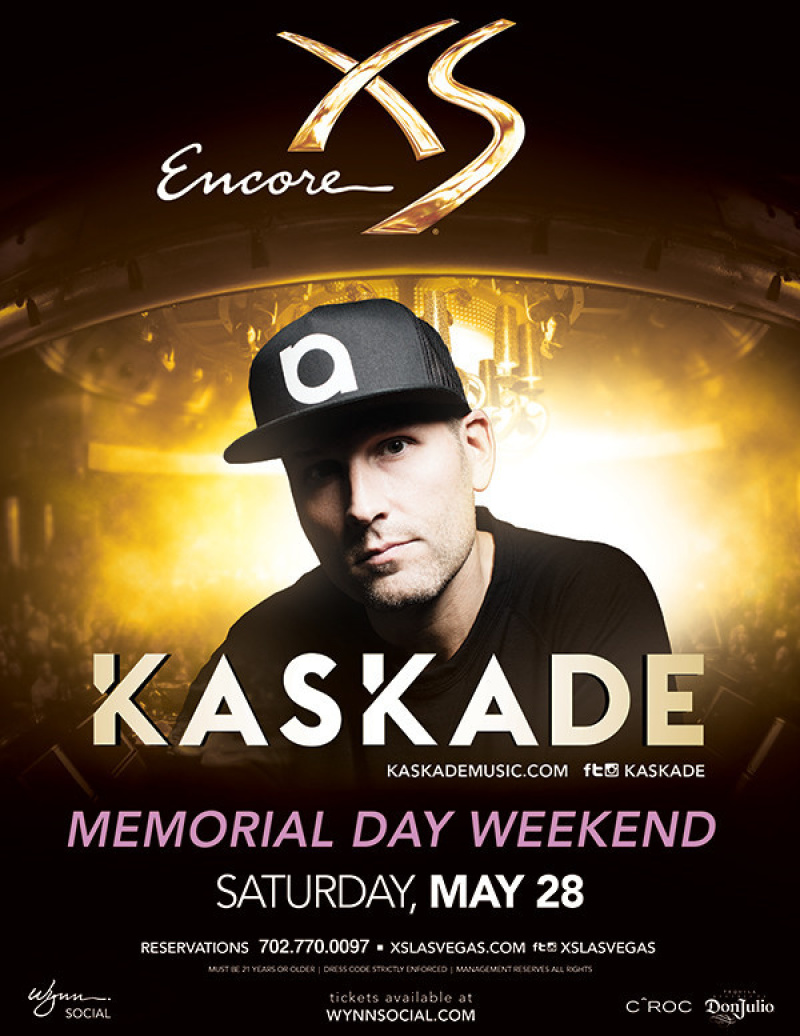 Kaskade at XS Nightclub will draw thousands of avid followers to the indoor/outdoor nightspot at Encore at Wynn Las Vegas on Saturday, May 28, 2016

Voted America’s Best DJ on the DJ Times poll in 2011 and again in 2013, Raddon is a family-man meets global phenomenon. Kaskade’s extensive discography consists of a wide array of solo productions, collaborations, mashup’s, and noteworthy remixes.

Last year, coinciding with the release of his ninth studio album Automatic, Kaskade released popular singles “Disarm You” feat. Ilsey, “We Don’t Stop,” and “Never Sleep Alone” feat. Tess Comrie. In 2016, Kaskade earned a Grammy Award nomination for Best Remixed Recording for his interpretation of Galantis “Runaway (U & I).”

One of the last times we joined Kaskade at XS Nightclub was during EDC Week 2015, which turned into a full-blown Night Swim with temperatures still near 100° at 1:00am.

Tickets for Kaskade at XS Nightclub at Encore at Wynn Las Vegas on Saturday, May 28, 2016, are available HERE.

For more information about XS Nightclub and to view their upcoming events, visit http://xslasvegas.com/calendar/.