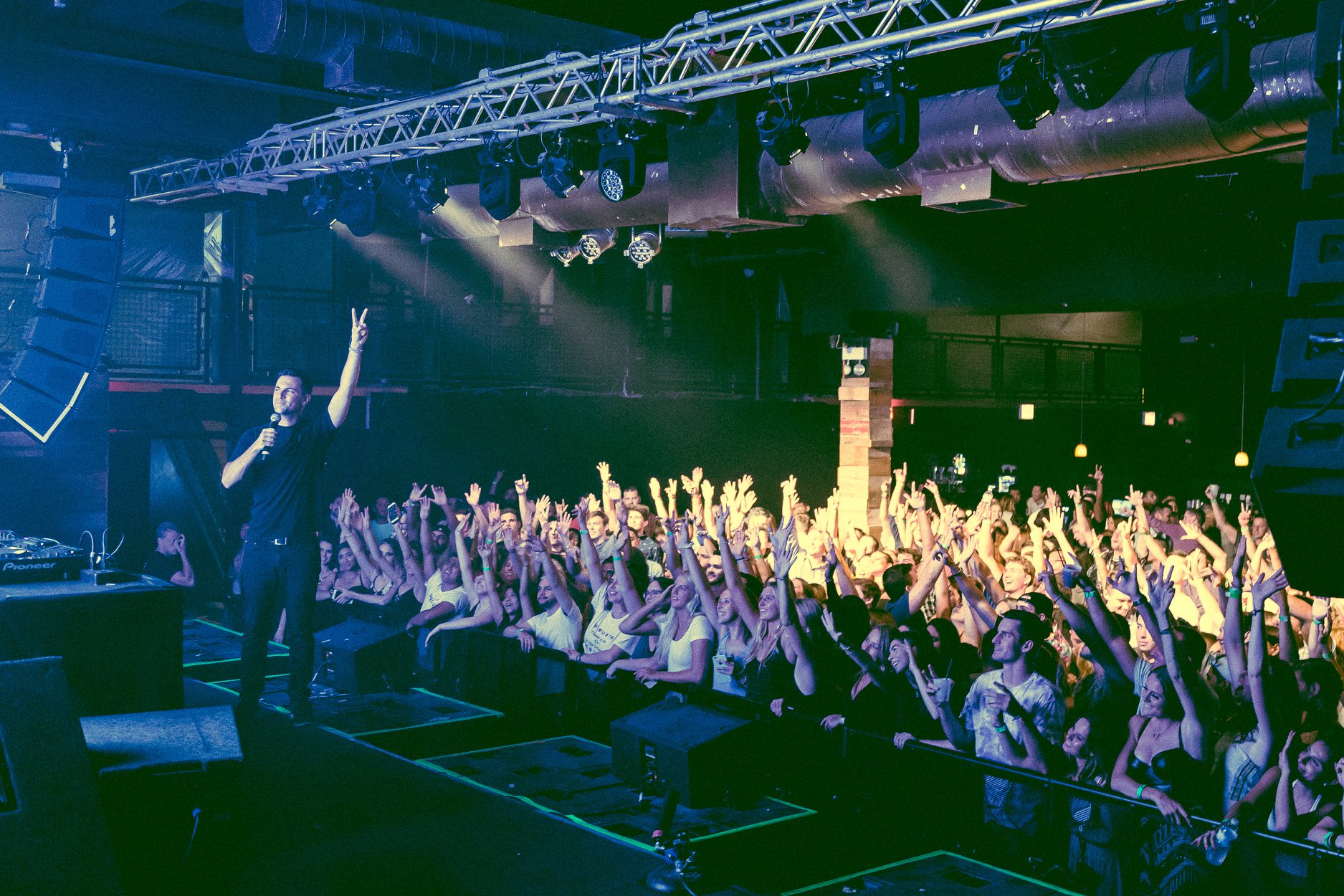 Riding a stellar wave after dropping his debut EP Intertwine, Chicago native ALIGN is showing the world exactly what kind of artist he intends to live on as, and just the sort of glowing vision he is living, breathing, and chasing in his electronic music career.

Steadily building up his endearing repertoire and stage presence by appearing alongside the likes of Illenium, Loud Luxury, Autograf, Vanic, Thomas Jack, SNBRN, and GTA among others, ALIGN is exploring the spellbinding depths of dance music, and meshing together his finely-tuned production talents with 360 degrees of soulful live set momentum. Now, Intertwine is igniting extra sparks, doubling as ALIGN’s debut EP and his first-ever vinyl release – a testament to the genuine musical heart and soul existing within ALIGN and his adoring fanbase.

“When we finally started to pull out of the winter and darker times, I felt like I had found the direction I needed to go. Overall, ‘Intertwine’ holds its name because the more I think about things, the more I realize they’re all connected, and well, intertwined. This EP generally represents a range of emotions that we go through as humans, and how they’re all connected to each other in one way or another. The tracks on ‘Intertwine’ are not without their flaws, and none are perfect, but neither are we — I look at these minor pieces as things to embrace.” -ALIGN

It takes someone special to create and share music with the world that goes the extra length in putting listeners at ease, surrounding them with a sense of peace and tranquility. ALIGN embodies this aura and goes the extra mile in fine-tweaking his songs so that every ounce of his notes strike our human core with magic. Wearing his heart on his sleeve in producing this EP, track titles “Embrace,” “Symmetry,” “Follow Me,” “Thought Patterns,” and “Found” are the flourishing five that make up Intertwine’s entity.

We chatted with ALIGN who had more than wonderful things to say about his journey thus far, what this industry means to him, dream collaborations, musical ambitions & more.

ALIGN: I’m currently home in Chicago, I’m taking some time to enjoy the city in the summer months after a really cold winter.

The Nocturnal Times: To start out, can you tell us a little about your journey thus far & how you got into production?

ALIGN: Absolutely! I started listening to electronic music when I was 13 or 14, one of my older brothers showed me Bonobo. I was pretty much hooked on his material. From there on, I really enjoyed many different kinds of electronic music as it was evolving. I had learned to play guitar as a kid, played percussion in high school as well as played on the drumline. In college, my brother helped me download logic, and from there on, I pretty much always had the itch to continue writing.

The Nocturnal Times: Congratulations on your debut EP Intertwine. Talk to us about your vision for the EP?

ALIGN: Thank you! Since I started working on music, I’ve always wanted to put together a body of work, and as I continued releasing songs, it became more about the timing of when I could put something cohesive out. I wrote various pieces of Intertwine knowing that they were generally fitting for an EP. As I wrote every song, I felt like they showed me different dynamics in my life, and I felt like that represented a range of emotions. I titled it Intertwine, because I felt like all of these emotions and feelings were connected despite being different from each other.

The Nocturnal Times: Are you doing any special performances or events surrounding the EP’s release?

ALIGN: I’m not doing a release party, however, I got Intertwine pressed on vinyl which was pretty much a dream of mine. So we’re going to plan a listening party for the vinyl, and we’re going to begin selling it as well! Having a tangible version of my work feels really special.

The Nocturnal Times: Is there one song off of Intertwine that holds the most meaning for you?

ALIGN: “Found.” This one was the last song I wrote and it came together really smoothly. Finishing this one really made me feel like I had completed the EP the right way, and that was a feeling I was searching for.

The Nocturnal Times: You’ve had several collaborations with Blookah, how did you two come together for these tracks?

ALIGN: I went to college at the University of Iowa, and I played my first shows there at a venue called Blue Moose. Blookah (Nick) and I met by playing shows in the local scene, and played a handful of shows on the same bill. We realized we had similar styles and very similar tastes in music. When we worked on our first track together it worked really nicely, so our collaboration process led to more tracks due to the ease of all of it.

The Nocturnal Times: Name three artists that would be dream collaborations for you?

The Nocturnal Times: Electronic wise or outside the genre, who are you currently listening to?

The Nocturnal Times: Where is one city or country you’d like to see your music blow up in?

ALIGN: It would be really fun for it so succeed in a state on the ocean. So maybe California, it’d give me a good reason to consistently go out there and enjoy some of the weather while I’m there.

The Nocturnal Times: What is something you’d like to share about yourself as ALIGN with your fans?

ALIGN: I’m writing music because I love doing this. I appreciate every single person that listens to my work, and if my music makes any kind of positive impact on someone, then it is succeeding and doing its job in my mind.