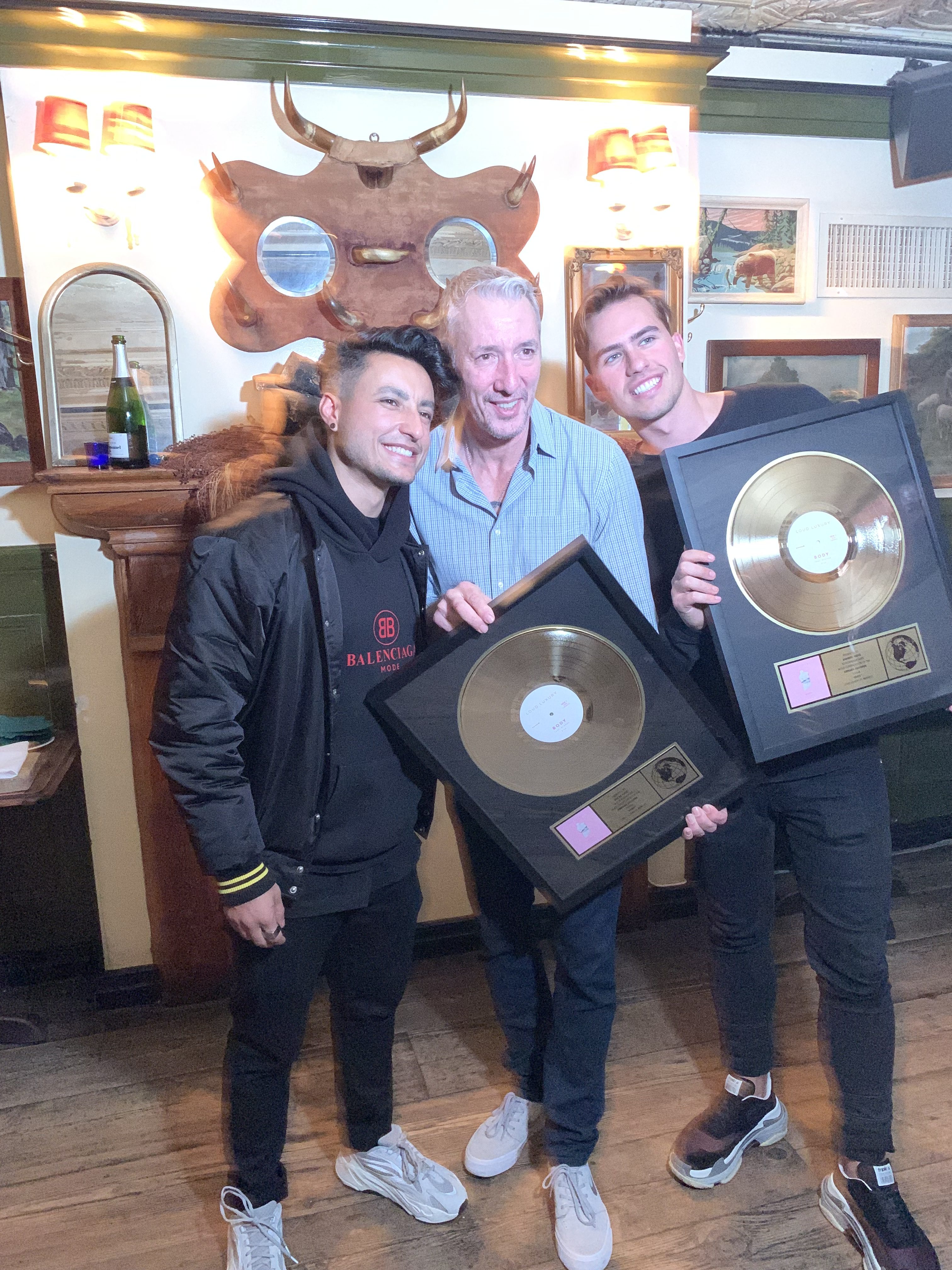 Making their mark on the dance music scene, rising stars Loud Luxury are commemorating several major milestones — and what better way to celebrate than with a toast? New York City style.

This past Monday, the guys, Andrew Fedyk and Joe De Pace — better known as Loud Luxury — were presented with plaques honoring the gold certification of their global smash “Body”, here in the US. In an intimately held event hosted by Armada Music in NYC, the Canadian duo celebrated with a select few who made the record come to life as well as some of its biggest supporters.

In a Happy Hour hosted by Armada Music’s CEO and Co-Founder, Maykel Piron, Loud Luxury was presented with plaques and a heartfelt toast. The guys also had a moment to speak, thanking all of those who were so heavily involved in “Body.”

Currently, “Body” sits at #85 on the Billboard Hot 100 chart, and the guys will be performing at the JUNO Awards on March 17. In addition to their JUNO performance, Loud Luxury is also nominated for four awards, including “JUNO Fan Choice,” “Breakthrough Group of the Year,” and for their global smash “Body” — “Single Of The Year” and “Dance Recording of the Year.”

Riding their wave of recent successes, Loud Luxury has also just inked a residency deal with the acclaimed Las Vegas-based Hakkasan Group, where they will spend 2019 performing at sought-after venues like OMNIA Las Vegas (this weekend), WET REPUBLIC, and Hakkasan Nightclub. Catch the guys during one of their upcoming Loud Luxury Las Vegas shows.

Is there a better time to watch and sing along to the “Body” lyric video, which just surpassed 100 million views on YouTube? Check it out now: