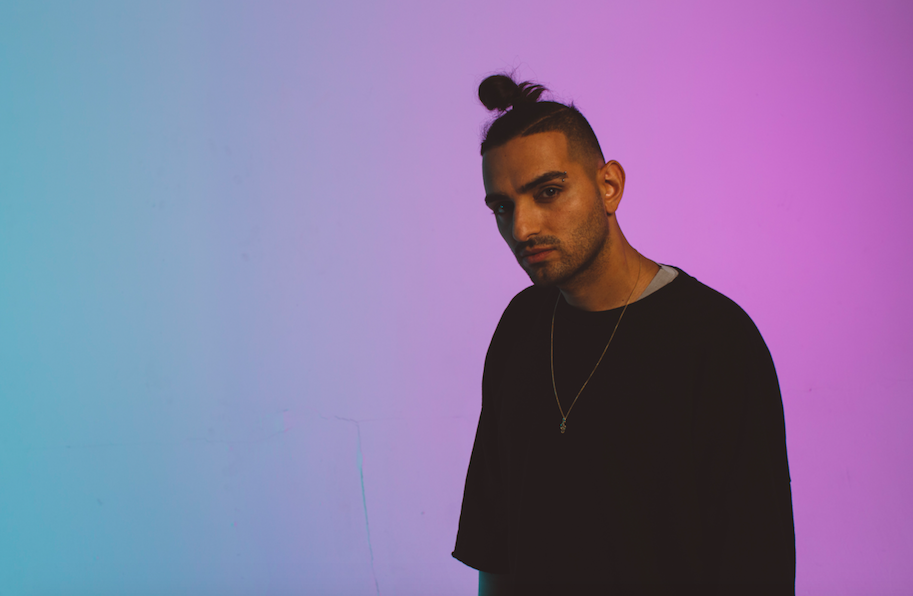 2019 is proving to be a visionary year for Los Angeles based artist AFSHeeN, who is currently making stellar studio magic as his debut artist album is slated for release this year.

AFSHeeN continues to delight the electronic industry with some of the most genuine, heartfelt, and promising songs out there. The liveliness that stems from his productions and live shows are one-of-a-kind, and manifests itself in a myriad of talents. Most recently he released “Scared Of Losing You” featuring NISHA who has previously lended her beautiful vocals to AFSHeeN’s “Pull Me From The Waves” in 2017. More of his infectious creativity is found in Kygo and Rita Ora’s latest collaboration “Carry You” in which AFSHeeN was one of the lead songwriters and producers. His tracks make souls feel alive with limitless atmospheric vibes, as well as essential grooves that evoke ever-radiant ambiance.

AFSHeeN has no shortage of impressive repertoire marks that helped pave the way for where he is today, including working with all-star artists like Madonna, Janet Jackson, Selena Gomez, Chris Brown, and Galantis among tons more. Moving swiftly into the electronic sphere, AFSHeeN’s innate musical abilities have morphed into records like “Creatures Of The Night,” “Would It Be Ok” featuring Angel Taylor, “Uncrazy” featuring Rebecca Ferguson, and “Secrets” which are just the beginning. Pulling inspiration from all corners of life, AFSHeeN is turning out to be a versatile influence in the world of music, and showcases a superb presence that fans worldwide simply can’t get enough of.

We had the pleasure to chat with AFSHeeN about new music, inspirations, songwriting, producing, future visions & much more – read on in our interview below!

The Nocturnal Times: How and when did you first begin exploring the world of dance music and who were some of your earliest inspirations? Who are some of your biggest influences now?

AFSHeeN: First of all, thanks for having me do this interview. You guys have been supporting me since day one and I really appreciate that! It all began back in San Francisco when I started going out to clubs at the age of 15 and I’d use my brother’s ID to get in. I would stand behind the DJ booth and watch the DJ all night. I started making beats my senior year of High School. Mostly hip-hop beats at first, but slowly transitioned into electronic dance music. For me, artists like deadmau5, Noisia and Junkie XL were big influences at the time. I’m pretty much in my own bubble right now so what I go through in life has a big influence on my music.

The Nocturnal Times: Aside from dance music, who are some of your all-time favorite artists and styles of music?

AFSHeeN: I listen to pretty much everything. Too many to name but I like Jon Hopkins, Jon Bellion, John Mayer and Queen. I also love country music.

The Nocturnal Times: What came first for you, producing or DJing? How long have you been writing music?

AFSHeeN: I started producing first. I always had the idea of making my own music and performing it live, so I picked up DJing and fell in love with the craft of it. Writing songs/producing and DJing went hand in hand for me.

The Nocturnal Times: Where do you find you draw the most inspiration from with regards to writing? Do you have any studio routines or rituals?

AFSHeeN: All the songs I write are based on what I have experienced personally. Of course when I’m writing with other artists, we always have a conversation first and based on that, there’s usually a song idea that presents itself. Oddly enough most of my songs ideas and melodies come to me when I’m taking a shower or on a hike. So the voice note app on my phone is key.

The Nocturnal Times: Which of your songs or a song you’ve written or produced for another artist took the longest to finish or almost didn’t happen altogether?

AFSHeeN: I write and produce pretty quickly and most of the time I’m able to finish a song in one day. A song either happens quickly and I capture the essence of it and workout the clever parts later or it doesn’t happen at all.  With that being said, Madonna took around 6 months to get back to us on Iconic and I thought it would almost not happen.

The Nocturnal Times: You’ve recently released your latest original “Scared Of Losing You” feat. NISHA via DirtySoul/Be Yourself. What can you share with us about this release?

AFSHeeN: It’s the first single off my debut album Storyline Of A Heartbreak! It’s a song I wrote about being in a reflecting stage of a waning relationship where you’re thinking about all that was left unsaid, (and probably the things you wish that weren’t said,) and those feelings of betrayal, angst, and fear.

The Nocturnal Times: The day after your original dropped, a song that was a long time in the making, “Carry On” by Kygo & Rita Ora, was released. We know you helped with this record as a songwriter and producer. How did this opportunity present itself and what can you share with us about the process?

AFSHeeN: “Carry On” is a very special song to me. When I was writing it with my co-writers, I was thinking about the last night I went to my grandma’s house to say goodbye to her because we were leaving Iran to go to Turkey to get our refugee status and come to the US. She had just had a stroke and couldn’t move out of bed, and when I held her, tears started flowing down my face uncontrollably because I knew it would be the last time I’d ever see her, and a few years later she passed away. After we finished the demo, there were many amazing artists who cut vocals on the song, but in the end, I’m a huge believer that a song will find its home they way it was meant to, and Rita and Kygo definitely proved me right!

The Nocturnal Times: How do you feel about the end result of “Carry On”?

AFSHeeN: I could not be more thrilled with the end result. Kyrre brought his magic to the record in a way only he can, and Rita absolutely slayed the vocals. It’s crazy just to think about the fact that the song is in the official soundtrack for Pokémon’s Detective Pikachu movie; it’s beyond what I could have ever imagined!

The Nocturnal Times: What can you share with us about your forthcoming debut artist album in the works?

AFSHeeN: I put all my heart and soul into this project. Every single song is super personal to me, and I’ve never been more excited about a body of work. The process of making this album was healing to me and I hope it’ll have the same effect for the listeners!

The Nocturnal Times: Where do you hope to be five years from now and what would you say is the legacy you are hoping to leave behind with your music?

AFSHeeN: In five years, I hope to be selling out arena shows and continuing to make music that has integrity and authenticity that hopefully speaks to generations to come!