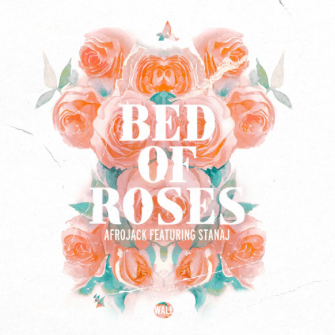 Afrojack delighted fans last week with a special Valentine’s Day surprise, and it’s one team up that put a cutesy romantic twist to the love-filled day. The charming new track “Bed of Roses” adds yet another smash single for 2018 on Afrojack’s repertoire, following releases like “Bad Company” featuring Dirtcaps and Stush.

Taking a step slower from his usual adrenalizing and energetic bangers, Afrojack shows off his sweeter side with this radiant tune. For starters, this Dutch powerhouse absolutely nailed his newest collaboration with vocals by Albanian singer/songwriter Stanaj. His soft, heartfelt, and melodious vocals carry the song’s emotions seamlessly, while invoking the romantic and uplifting feelings it was bound to do. “Bed of Roses” flows from sensual synths with light and airy vocals into a vibey and uplifting groove – it’s safe to say this Valentine’s Day anthem is definitely one that crowds will be dying for at future Afrojack performances.

“I’ve been waiting for the right time to release this track, and what better day than Valentine’s Day. Teaming up with Stanaj was awesome. I think we’ve created a little piece of magic together, and I hope the fans agree.” – Afrojack

Scoring a track like this one with such an industry leader is sure to pave the way for astronomic amounts of global recognition for Stanaj. The 24- year- old musician has been on the rise with the release of his EP The Preview, and dreamy songs like “Romantic” that showcase his true, soulful sound and style.

Gearing up for another iconic year at the 20th anniversary for Ultra Music Festival in Miami, Afrojack is sure to draw in fans by the thousands for an unforgettable performance full of energy, power, and thrill. “Bed of Roses” will hopefully make its appearance during this hype set, and give crowds the chance to belt their hearts out with the dance master himself.