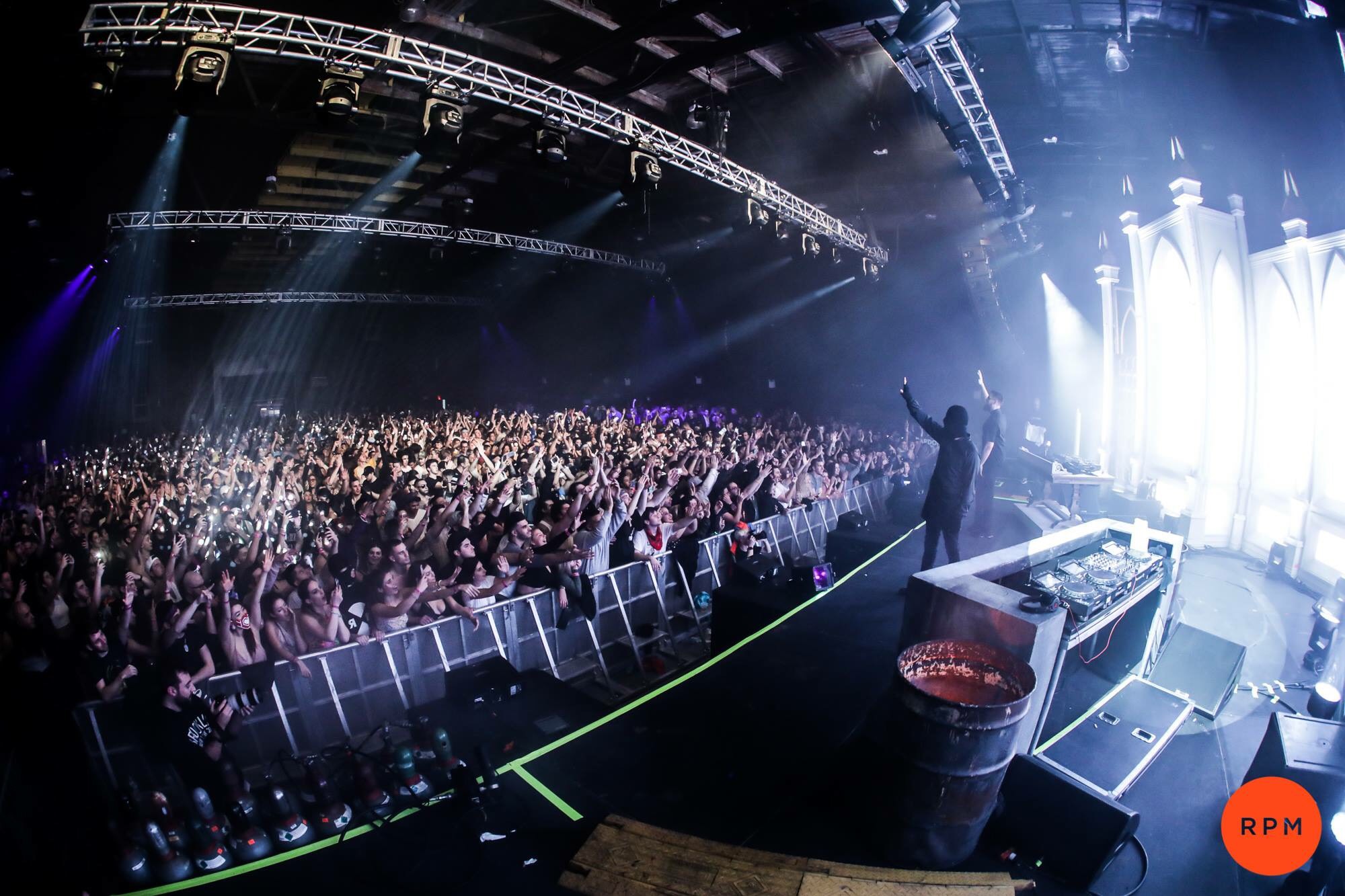 After performing at several different venues prior to their tour’s debut appearance in New York, Tchami and Malaa delivered a new kind of energy at their No Redemption show at The Brooklyn Hangar, which is located in one of NYC’s hottest boroughs for all electronic music related events. As the artists described it on their social media platforms, it was definitely a unique experience, “a spiritual thing.”

The venue itself provided underground warehouse vibes, making it the perfect setting for everything the French future house artists’ music is all about. Smiles, dancing, and shuffling occurred everywhere we turned. Within the entire crowd, you were bound to find fans in nun and priest costumes representing Tchami’s persona, as well as those dressed in all black and face masks attempting to hide their identity as Malaa is known to do so. While anticipating the artists’ appearance, the crowd’s energy alone spoke volumes.

It wasn’t until about 1:00 am when Tchami and Malaa finally took the stage, and oh did the crowd go wild once those introduction stage lights shined on them. Before any actual music progressed through the 300,000 sq. ft venue’s speakers, fans were screaming blatantly out of pure excitement to witness the dynamic duo going back to back for the next two hours in such incredible energy. The show’s stage production design was similar to that of their past shows, with Tchami on one side in an angelic like holy realm, and Malaa on the dark side where his incognito persona blends in.

The production was an entirely euphonic back-to-back appearance, portraying both Tchami and Malaa’s individual tracks highlighted in the same light. We could feel the intensity of both the crowd and the artists’ enthusiasm throughout the entire night. Hearing Tchami’s originial tracks such as “Missing You,” “Promesses,” “Go Deep” ft. Janet Jackson, and Marshall Jefferson’s “Move Your Body” tribute blast through the venue’s speakers brought about some nostalgia, as these were the tunes that made Tchami the highly (praised) producer that he is today.

Throughout the night, Malaa’s productions intertwined with Tchami’s music in the most harmonic way. His introduction included his famous “Illicit Intro” verse, and his top tracks such as “Notorious,” “Pregnant,” and “Bylina,” completely electrified the crowd’s stamina and turned up the bass more than just a notch. Not to mention, anytime the duo produced one of their recent song collaborations like when “The Sermon” and “Summer 99” came on, the crowd ignited as if they weren’t already vibin’ enough.

From start to finish, both Tchami and Malaa outweighed our expectations and provided an unforgettable musical production. Starting off their NYC No Redemption tour set with “Afterlife” was the perfect way to induce those spiritual house vibes that Tchami and Malaa always deliver successfully, and ending it with a deep-house infused remix to “World To Me” left the crowd wanting more. Delivering underground future house sounds in an underground warehouse setting never looked or sounded so in tact. What a way to demonstrate that sometimes two is in fact better than one.