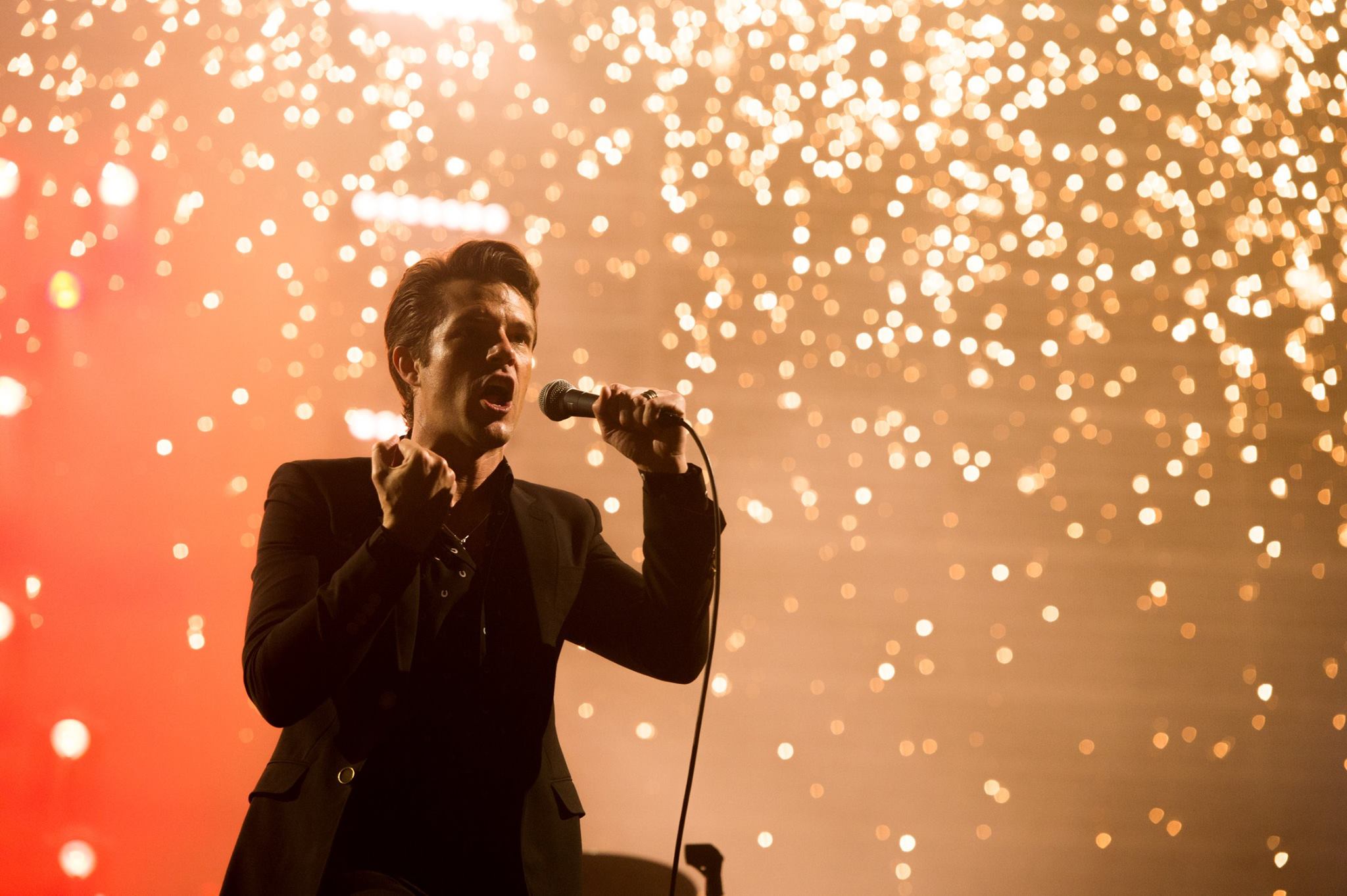 Las Vegas natives, The Killers, just redefined hometown glory as they brought a live concert to the center of The Strip. This past week, the popular band performed at the world famous Caesars Palace.

Closing out the month of July on a high note, The Killers appeared on Jimmy Kimmel Live! on Monday, July 31, where they served as the show’s musical guest; performing two singles from their forthcoming Wonderful Wonderful “The Man” and “Run For Cover.” Even though only the two new tunes aired on ABC, the guys then performed eight additional songs for a massive crowd in the heart of their hometown.

Listen to “The Man”:

During the live streamed portion of their performance on the Vegas Strip, Killers frontman, Brandon Flowers, told tales of the guys’ Sin City history, revealing their limitless connections to the city. Included among their chosen track selections for the evening were “Shot At The Night,” and “All These Things That I’ve Done.”

Wonderful Wonderful, the fifth studio album from The Killers, is available on September 22 through Island Records. Ahead of the release of their forthcoming studio album, Wonderful Wonderful, The Killers unveiled the LPs powerful lead single, “The Man,” as well as the just-put-forth “Run For Cover.” It’s the fact that they’ve mastered their very own style of music; a culmination of rock meets electronic, indie meets pop. It’s what has set them apart from the very beginning and what keeps people coming back for more. Five years in the making, their new 10-track LP oughta be something wonderful. It wasn’t complete desolation during the in-between time, as their Christmas album, Don’t Waste Your Wishes, in celebration of the (RED) foundation’s 10th anniversary. Killers frontman, Brandon Flowers, released his solo album Desired Effect.0.

Winding back the clock and recollecting on the group’s past works, the last time The Killers released a studio album was five years ago. Battle Born was released in 2012 and boasted singles such as “Miss Atomic Bomb” and “Runaways.” Four years earlier, Day & Age was released and creations such as “Human” and “Spaceman” were born. Sam’s Town, the highly-anticipated sophomore LP from The Killers, first saw the light of day in 2006, as did popular singles “When You Were Young,” “Read My Mind,” and “Bones.” All roads lead back to their debut album, Hot Fuss, an album among the elite. Seldom do you find an LP where each track is single worthy; every song is historic in its own right. The 11-track Hot Fuss first introduced the guys to the world in 2004 with lead singles “Mr. Brightside” and “Somebody Told Me.” The first-ever artist album from the band also included “Smile Like You Mean It,” “On Top,” “Midnight Show,” “On Top,” and “Jenny Was A Friend Of Mine.”

On September 23, The Killers headline Global Citizen Festival at the Central Park Great Lawn in New York City alongside Stevie Wonder, Green Day, The Killers, The Lumineers, and The Chainsmokers. Soon after, the guys will will bring 14 sold-out shows to various arenas across globe including the United Kingdom and Ireland.