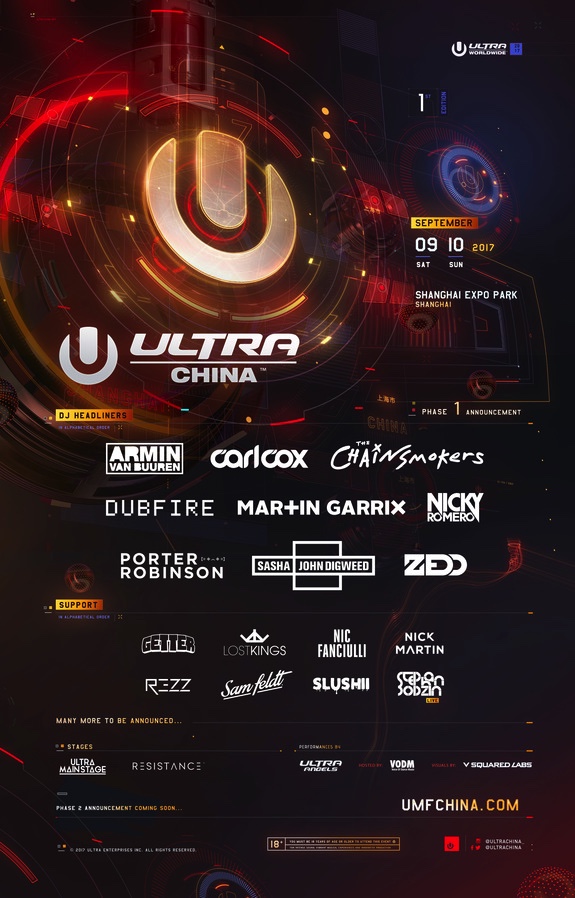 A name synonymous with paramount production and stellar talent lineups, the Ultra Worldwide brand has just reveled the phase one lineup for Ultra China 2017.

Continuing with its worldwide domination of the festival difficult, China has now become the 23rd country to host Ultra Music Festival. In addition to their events drawing thousands of attendees from across the globe, Ultra has set the standard with their acclaimed UMF TV. Broadcasting live DJ sets from across numerous stages at their signature Miami event every March, as well as standalone events like Ultra Europe and Ultra Japan, UMF TV has been an industry leader for many years, starting a live stream trend for many other festivals to follow suit.

For more information and to purchase tickets for Ultra’s Chinese debut, visit UMFChina.com.