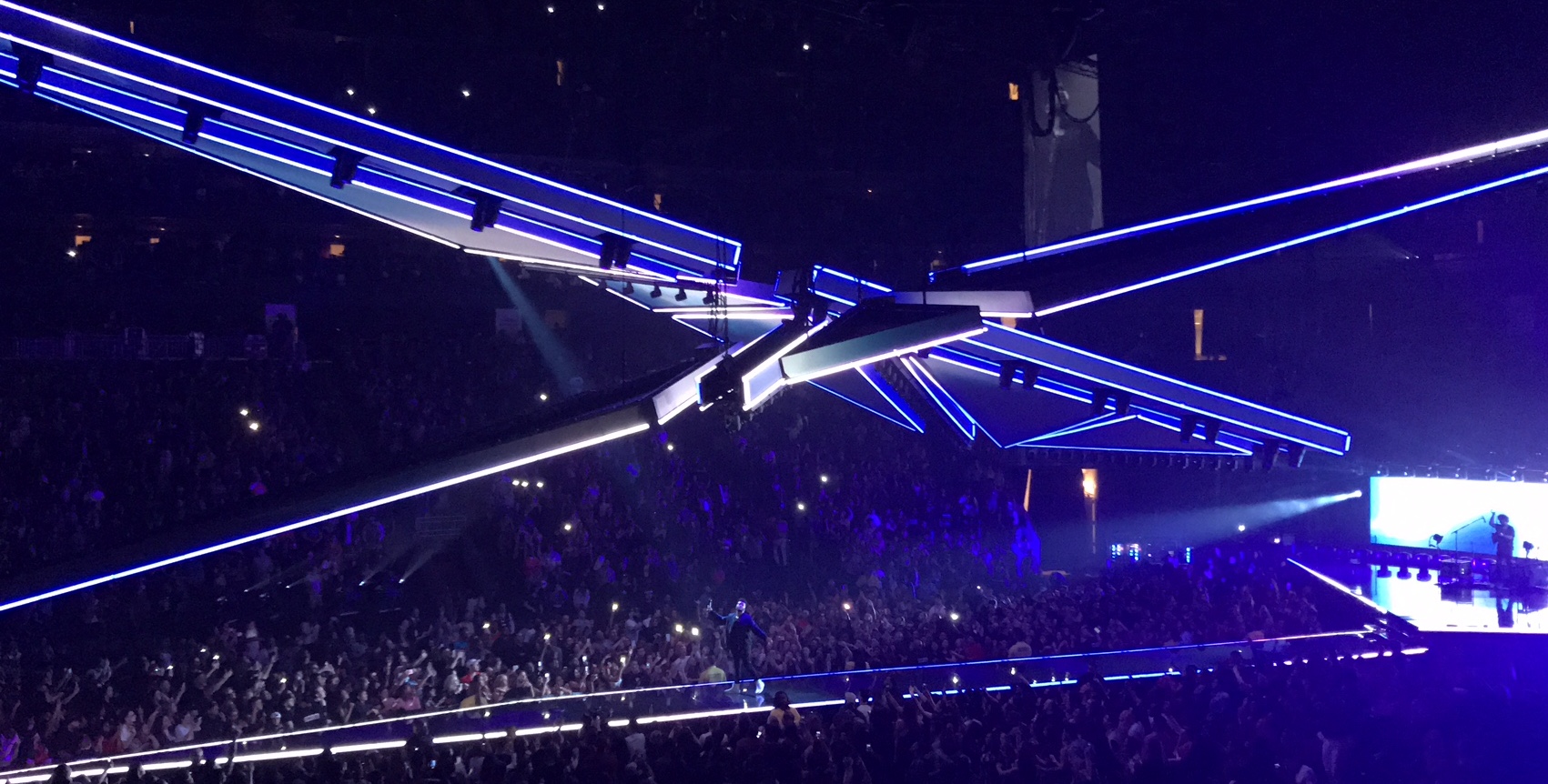 It was hit-after-hit and a noteworthy song-after-song sing-along as The Weeknd delivered a performance at New Jersey’s Prudential Center this past Sunday, June 4th.

Certainly not lacking in production and performance quality, The Weeknd’s Starboy: Legend of the Fall Tour is fully equipped with mesmerizing light shows, hypnotizing lasers, special guests, and of course, the master of ceremonies, The Weeknd.

“And I’m known as The Weekend,” said Abel Tesfaye as he addressed the crowd during the Newark stop of his current tour. As the “Starboy” intro began to play around 9:45pm, the 18,000+ capacity Prudential Center was roaring with energy and screams for the guest of honor.

Abel provided a continuous flow throughout his set, which incorporated tracks from his latest album, Starboy, as well as his critically-acclaimed LP, Beauty Behind The Madness. The two-time Grammy Award-winning talent kept the audience at full attention, continuing with “Party Monster,” “Reminder,” and “Six Feet Under.”

Continuous roars filled the arena during each of the included tracks, especially during the brief intervals between each of the songs in the set list. He brought it back a bit with “Might Not,” proceeded with “Sidewalks,” “Often,” and “Die For You,” before taking it back to BBTM tunes, “Acquainted,” “Tell Your Friends,” “Angel,” and “Earned It.” It was a full-scale laser light show during “In The Night” into “Rockin” before a slew of special guests joined Abel on stage.

Special guest Rae Sremmurd performed his smash-hit, “Black Beatles,” Ty Dolla $ign appeared on stage mid-set for a live rendition of “Or Nah,” Travis Scott rose from the middle of the catwalk for “Goosebumps,” and Abel performed “Some Way” with NAV.

Channeling Price and Michael Jackson—even doing the moonwalk—The Weeknd kept the energy high the whole way through, making as way from each end of his intricately designed stage. The LED screen monstrosity, which hangs above the stage, transformed over the course of the night; taking on many different shapes and angles.

“Secrets” into “Can’t Feel My Face” had Newark in a full sing-along before introducing the members of his band and encoring with “I Feel It Coming” feat. Daft Punk and “The Hills.” A solid performer, whose energy and vocal capacity was on point from start-to-finish, The Weeknd is an unstoppable force—a Starboy.