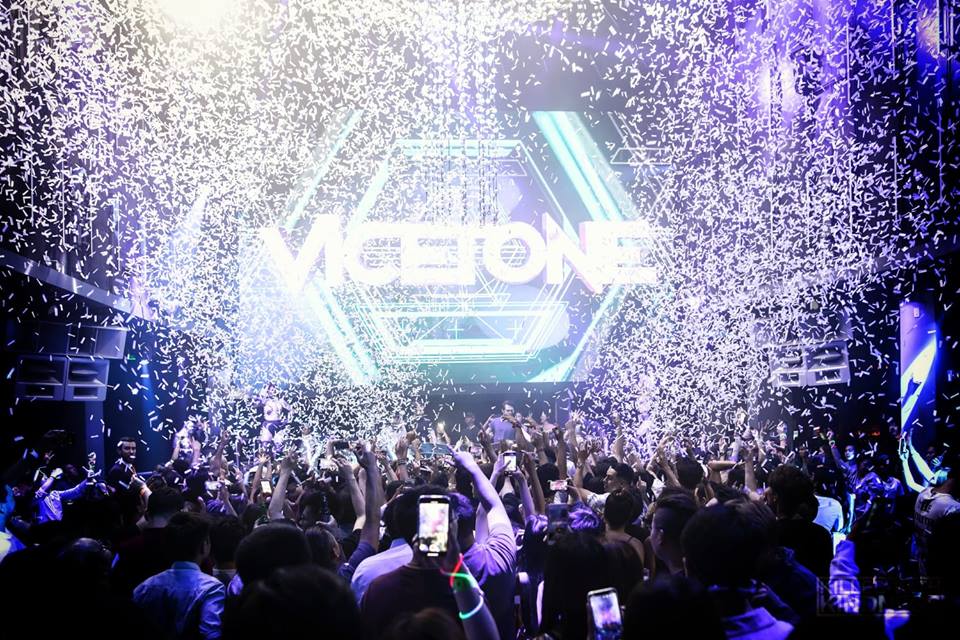 Ruben den Boer and Victor Pool (collectively known as Vicetone) have seen instrumental success in their production careers thus far. With the backing of major labels including Spinnin’ Records and Monstercat, the Dutch duo has conjured up well over 300 million streams on social platforms. Mega singles such as “Nevada,” “I Hear You,” and “Collide” have set the pair off to soaring heights in recent years, although smashing hits from earlier years like 2013’s “Heartbeat” and  2014’s “Astronomia” still stand as some of the guys’ most recognizable and spine-tingling work.

Since meeting in Groningen, Netherlands, Ruben and Victor had an unbreakable bond that ultimately has led to their sensational rise in the electronic music industry. Their mutual love and admiration for artists like Eric Prydz and Swedish House Mafia created something entirely new, which turned out to be the birth of their own project – something they could both pour their energy and souls into. Hence, Vicetone came about and the two have not looked back since. After touring the globe together and playing the world’s largest and most revered stages including Tomorrowland, Ultra Miami, Japan, and Bali, Amsterdam Music Festival, Mysteryland, Ministry of Sound, and so many more, what keeps them on their toes, always inventing and thirsty for more?

Ruben describes their teamwork sharing that “What works best for us when we have a new idea is to get the meat of the track done together. Once the ideas are there, then we go back and forth. Sometimes a track will be started by me and Victor will finish it. The way I create melodies or chords is I mess around on the piano. Victor prefers to draw in his melodies so he makes very different and unique melodies. We take the best parts and merge them. That’s the best part of being a duo.”

Earlier this year the duo released “Way Back” as well as their bootleg release of The Prodigy’s “Omen”, and the official remix of The Knocks’ “Ride or Die” featuring Foster The People. Kicking back in their newly made dream studio in Nashville has also been one of 2018’s biggest highlights. As has their return to Monstercat, who fostered the release of “Nevada” in 2016 (which has since stood as one of their most highly acclaimed singles, holding upwards of 40 million Spotify streams.)

Currently underway with their Walk Thru Fire North American tour, the guys will be performing for fans over the next few weeks in Philadelphia, Fayetteville, Washington D.C., New York City, Chicago, and up to Canada. The tour has followed August’s release of “Walk Thru Fire,” their vivacious Summer anthem of the same name. With an artillery of club bangers and chart-topping hits in tow, Vicetone is prepped and ready to continue their journey with many more surprises and electrifying music soon to come.

Read all about their latest productions, high-octane Summer tour, advice to producers, and more in our Nocturnal Times exclusive interview below.

Nocturnal Times: What would you say were some of the biggest driving factors in deciding to pursue producing as a career? Who were some of your biggest musical influences at the time?

Vicetone: The biggest driving factor was the fact that we absolutely loved dance music from a very early age. We were both obsessed as kids, starting as early as 10 years old. It was by far our favorite genre and it meant something special to us in our childhoods. After listening for years, we finally got to the point where we were starting to get disappointed with certain songs, thinking they could be made much better. Then we decided to just make the music ourselves, in the way we thought would improve the song. So we initially started making a ton of remixes. When those remixes started getting traction online, we moved into making originals and we’ve been hooked ever since.

Nocturnal Times: Your most recent single, “Walk Thru Fire” dropped with a blasting start, gathering upwards of one million Spotify plays in less than two weeks. How does it feel to release music that is received so well by your fans?

Vicetone: It’s an incredible feeling! We love every song we release but it’s always difficult to predict what the reaction of our fans and the general public will be. Every time we receive a feedback which is overwhelmingly positive like with Walk Thru Fire, it reminds us we have the best job in the world. And that we’re lucky to have fans who follow us for so long.

Nocturnal Times: What can you share with us about the making of this track? It’s a surefire Summer anthem, but what’s the story/ inspiration behind it or how it came to life?

Vicetone: Walk Through Fire was actually a unique process for us since the hook-line, which says ‘I’ll walk thru fire with you’, was very different in the first version of the vocal we got. We ended up taking that line from the pre-chorus, since that made way more sense to us. That change ended up completing the song for us. It changed the theme of the track and inspired the energy of the guitar chords in the drops – it made the song feel ‘complete’ to us.

Nocturnal Times: You’ve had a solid kick off to your North American tour with upcoming dates in Austin, San Diego, Philadelphia, Washington D.C., New York City, Chicago, and more. What have been some of your best memories so far during this tour?

Vicetone: So many! We just came back from Texas where we played Houston and Dallas. Both shows were unreal. It’s hard to give specific examples, but even something as simple as a group of people shouting really hard at us to play a specific song we made years ago means a lot to us. It’s so cool to us that people still want to hear songs we’ve made many years ago. And we will keep on playing them!

Nocturnal Times: After playing innumerable shows across the world at the top clubs and music festivals, can you think back on a few of your favorite venues or fests and share a bit about why those stand apart from all the rest?

Vicetone: One of the moments of our career that had the most impact was playing our 2014 Ultra Music Festival anthem ‘United We Dance’ on the UMF mainstage in Miami. It felt like everything came together in that moment, since it was a lifelong dream of ours to play there. The fact that we made the anthem for Ultra gave it so much more meaning as well. Also one of our favorite venues in the world to play is New City Gas in Montreal. We don’t know exactly what it is but the crowd in Montreal is very special and our music seems to connect there. Every single time we play NCG we get off the stage with so much adrenaline and constant goosebumps. It’s the best feeling.

Nocturnal Times: Building on favorites, you’ve certainly had the opportunities to work alongside both friends and idols in a musical capacity. What have been some of your favorite collabs or remixes you’ve worked on so far?

Vicetone: Some of our most memorable moments must be from our writing trips in LA. Writing ‘No Way Out’ With Kat Nestel for example. We remember this very vividly since it was the first time we ever came to Los Angeles and booked some studios to work on music. We were pretty inexperienced and new at the time but it felt great to be around so much talent early in our careers. The song turned out great and we still play it out in pretty much all of our sets! And we learned a ton from those experiences.

Nocturnal Times: Taking the dive into pursuing dreams of any kind can be super challenging, and a career in the music industry is no exception. Is there any advice you wish you could’ve had earlier on in the game that might’ve made the jump easier? Anything you’d share with others who are struggling with wanting to make it?

Vicetone: First of all, it’s never too late to start. There are a ton of artists that gain popularity in their early teens now but that doesn’t mean it’s too late to pursue your dream career when you’re in your 20’s or 30’s. The great thing about starting early is that you have so much free time on your hands, which really is important – if you rush to make music it’ll most likely suffer in quality. It’s best to take your time and do it right, rather than rush it and half-ass it.

Nocturnal Times: Looking at the next few months before finishing out this year, what are you looking forward to most? More new music? Upcoming gigs? Vacations? Family time? What are we excited about most?!

Vicetone: We are doing a bigger project early next year which we’ll be able to share information about soon. That is incredibly exciting for us. Stay tuned! Touring wise, after the Walk Thru Fire tour we’re going to plan out the next tours for 2019 and in December it’s time for some quality family time, which we always look forward to. There is a lot on the horizon!