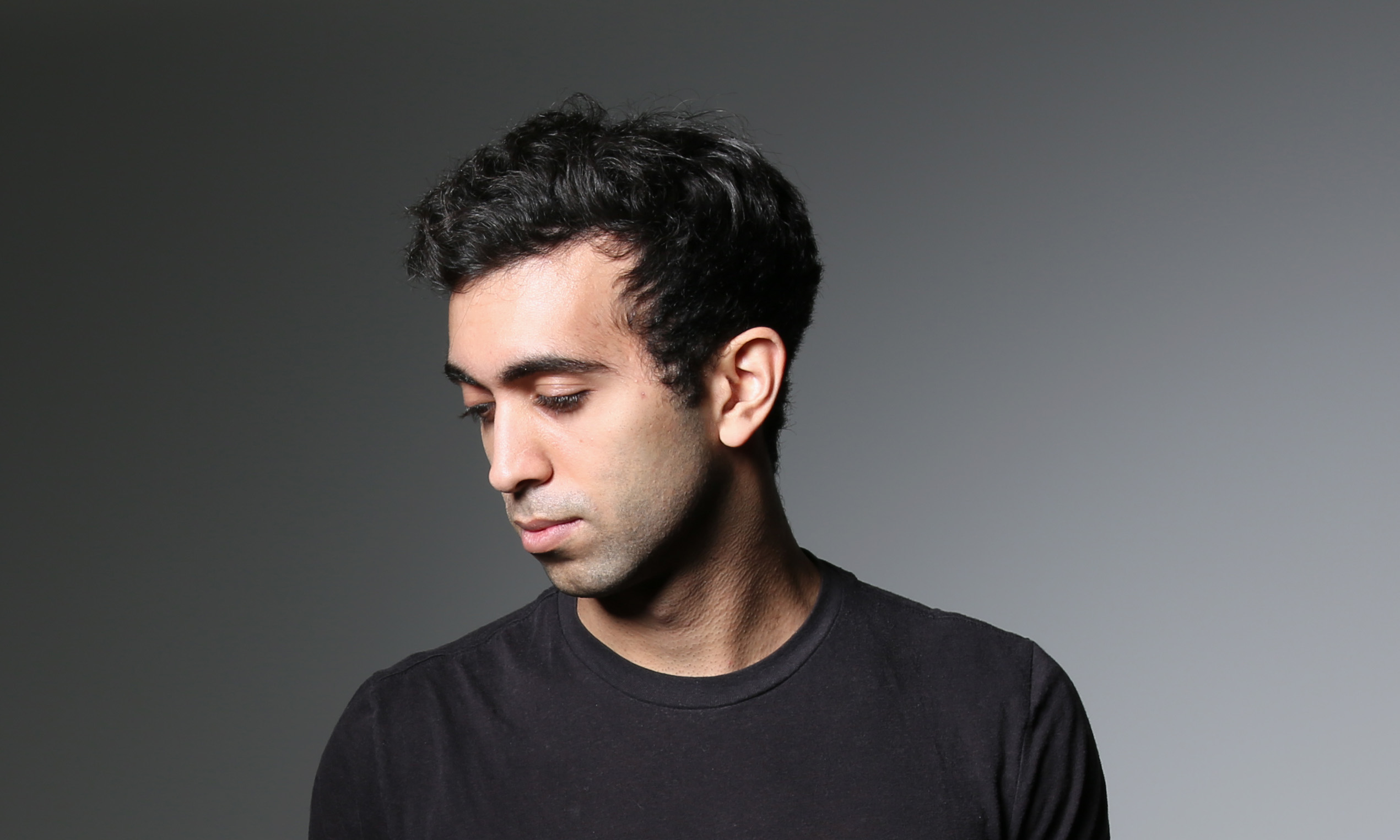 Monstercat breakout producer and DJ, Unlike Pluto has exploded onto the dance music scene with his innovative and distinct sound. Instantly appealing, the creations of Armond Arabshahi—best known by Unlike Pluto—are jazz-inspired and pop-infused which help set them apart from the rest. Armond is a pre-dental student turned songwriter, producer, DJ, and breakout electronic sensation hailing from Atlanta and residing in Los Angeles.

It’s no happy drops for Unlike Pluto who prides himself on being a deep and dark producer. Growing up as a fan of The Moody Blues, Armond turned to metal rock and emo bands such as Underoath and Bring Me The Horizon, coming into a scene where he finally felt like he was part of something greater.

In 2016 alone, Unlike Pluto released six tracks through Monstercat, including the smash hits “Someone New” feat Desi Valentine, “Show Me Love” feat. Michelle Buzz, and “Searching For You” feat. Karra & Eric Zayne. This year, tracks like “Worst In Me” and “Everything Black” feat. Mike Taylor have rapidly catapulted the success of Unlike Pluto’s electronic exploration.

The Nocturnal Times: When did you first start exploring dance music?
Unlike Pluto: The honest reason is because I hated dealing with drummers in bands—and that’s the honest truth. [Drummers] are always late to practice, they never showed up on time—and they know there’s no point in having band practice without a drummer! Also, I heard Through The Horizon had a remix EP that I heard and Skrillex was actually on that back in 2009 or 2010. There was a Tek-One Remix of “Sleep With One Eye Open” and “FML” by deadmau5—and my mind was blown. From that point on I knew I had to be making dance music. Before that point, back in high school, I had only known of Tiësto. I was very big on emo rock bands before that point.

The Nocturnal Times: Who were some of your go-to bands growing up?
Unlike Pluto: I could literally go on for hours but my top 3 emo bands Underoath, Bring Me The Horizon, and August Burns Red… I feel like I could really keep going. That scene to me really a lot to me because it really felt like you were a part of something. I would go to these shows and kids would be in tight jeans—and it might have looked stupid—but you go and you all know that you’re there for the same reasons. It’s very much like the rave culture now, but on a much smaller scale. I feel like I was finally accepted with that whole scene. I was a loser in high school, believe me. Hard rock and metal made me feel like I was part of a group; we were all just part of it.

The Nocturnal Times: Were these bands different than your original favorites while growing up?
Unlike Pluto: In terms of bands growing up: The Moody Blues was my first ever band that I would listen to and “Nights In White Satin,” which Zeds Dead actually remixed and is one of my favorite remixes of all time. The Gorillaz and Damon Albarn is probably my favorite musician of all time—everything he touches is just pure gold, platinum gold. I also love Bloodshy & Avant and “Toxic” by Britney Spears is my favorite pop song of all time.

The Nocturnal Times: Let’s talk a little about some of your latest releases that aren’t fashioned in a traditional “dance music” style. For starters, “Someone New” with Desi Valentine.

Unlike Pluto: “Someone New” with Desi Valentine… well, I love working with vocalists who have great tones. I sing on my own stuff too, like “Worst In Me” was a song that I released with Lowly Palace, and it has my vocals on it. It does have a rock vibe to it and I don’t have a great voice, to be honest, but I can make it work on songs. But Desi, and Joanna Jones, and Mike Taylor, these singers have got tone. I could give them any lyrics, like “poop on poop on poop on pee” and I bet it would still sound amazing. I also really love jazz too.

The Nocturnal Times: Looking back on your bringing a bit, do you feel it influenced your decision to pursue a career in music?
Unlike Pluto: Well let’s start from the top. I was born and raised in Atlanta, Georgia as a Persian male growing up in Georgia it was interesting because it was primarily white. I feel like my parents are Persian so they made me go to college. I went to Emory, took my DATs to become a dentist, applied for all of the dental schools and all of that, but I didn’t really wanna do it. As soon as I finished with my degree, I didn’t even look back. Even during the time I was in school and graduating I was still releasing music. I had released a Macklemore remix that was doing okay on Hype Machine in 2012 and I had a studio in LA where I was interning that wanted to do publishing with me. I moved to LA to do that and I lived on my sister’s couch for a while, but it wasn’t bad actually. We get along really well, my sister’s like my best friend.

The Nocturnal Times: Is your sister a singer/songwriter too, does it run in the family?
Unlike Pluto: No, she is actually an actress. She got a neurosciences degree and got her MBA and now she’s in the marijuana industry in consulting. That’s basically my childhood for you in a nutshell. I also love using Persian music and a lot of Indian and Bollywood music makes its way into my music. It’s probably because it’s inherently dark with lots of minor keys and stuff.

“I hate happy music, it creeps me out. Dark music makes sense to me.”

The Nocturnal Times: So, “Everything Black” really does make a lot of sense!
Unlike Pluto: There was a guy on Twitter who actually wanted to do a drinking game with “Everything Black.” Every time the lyric “black” comes up, you have to take a shot. I don’t know if that’s a good idea because you’d be dead!

The Nocturnal Times: So, were your parents supportive of your decision to pursue a career in music over dentistry?
Unlike Pluto: Backtracking to when I was 18, I was in an emo band and we did an EP actually in the same studio where From First To Last was recording at the time. In 2009, we released an EP and it did well in the emo scene which was dying; it was a dying breed. It was like the Titanic and we were trying to get on board as it was hitting the iceberg. We released the EP, it did really well and we were given a few offers from agencies and tour offers with other emo bands at the time. My parents wouldn’t let me do it though, they wanted me to finish my degree first. As soon as I finished though, I saw it as my second chance to do this and they really accepted it. Like I mentioned about my sister, it was different because she got her neurosciences degree and got accepted into medical school. I was always like the skater kid, a little bit of a screw up, but she was always, ya know, the neurosciences major accepted into med school, so that blindsided my parents. I do thank her for that because it did kind of help pave the way for me and I definitely got lucky.

The Nocturnal Times: Hailing from Canada, Monstercat has really taken off as one of the world’s leading independent electronic labels. How did you first start working with Monstercat?
Unlike Pluto: Funny story about that, actually. In 2012, I actually emailed the owner of Monstercat and he said, “I think you’re good but I think you need some work.” When I signed with my manager, we had all these songs looking to get signed and the owner of Monstercat remembered this. He was going through his emails and said, “I have an email from you from like 2012.” So, it’s dating back to then, really.

The Nocturnal Times: What was the first track you had released through Monstercat?
Unlike Pluto: It was “Waiting For You” feat. Joanna Jones, who is the best vocalist of all time. She is insane; she’s like an old fashioned tone, a revamped Amy Winehouse-esque kind of voice—she really is so good!

The Nocturnal Times: What else can you share with readers of The Nocturnal Times about what’s to come for Unlike Pluto?
Unlike Pluto: I’m heading in a direction where my music can take on more of a rock vibe. I’ll still be doing collaborations all the time, but I have 25 songs with my vocals and two of them are fully produced. Song with my vocals are definitely to come in the next few months so that’s the direction I’m looking to go in the near future.

Related Topics:MonstercatUnlike Pluto
Up Next