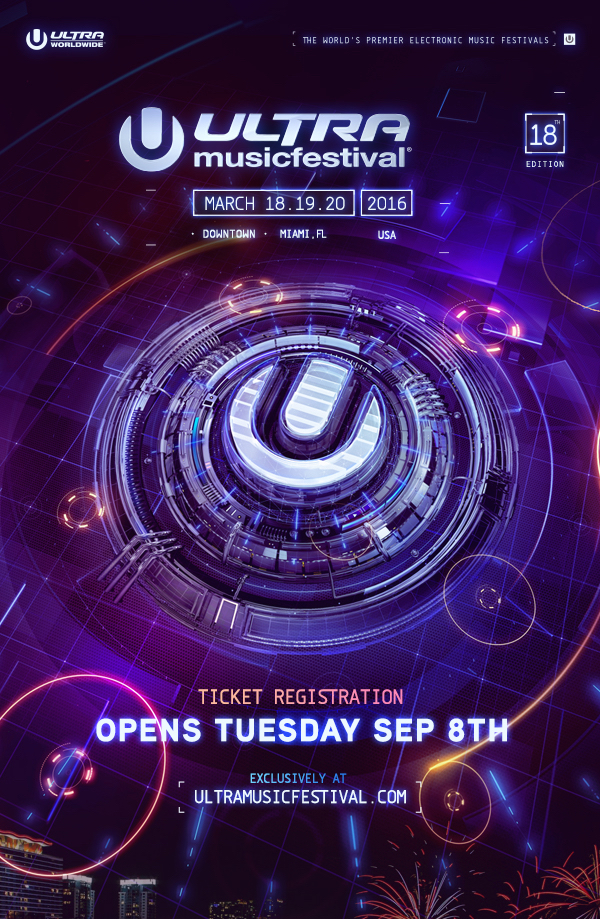 Ultra Music Festival Miami returns to Bayfront Park for its eighteenth installment on March 16 – 18, 2016. Registration for Ultra 2016 begins on Tuesday, September 8, 2015. Sing up for the pre-registration HERE.

Ultra Worldwide has gone above and beyond—especially over the last year—with the massive Ultra Music Festival landing in Japan, Bali, Korea, Macau, and Europe, among other locations.