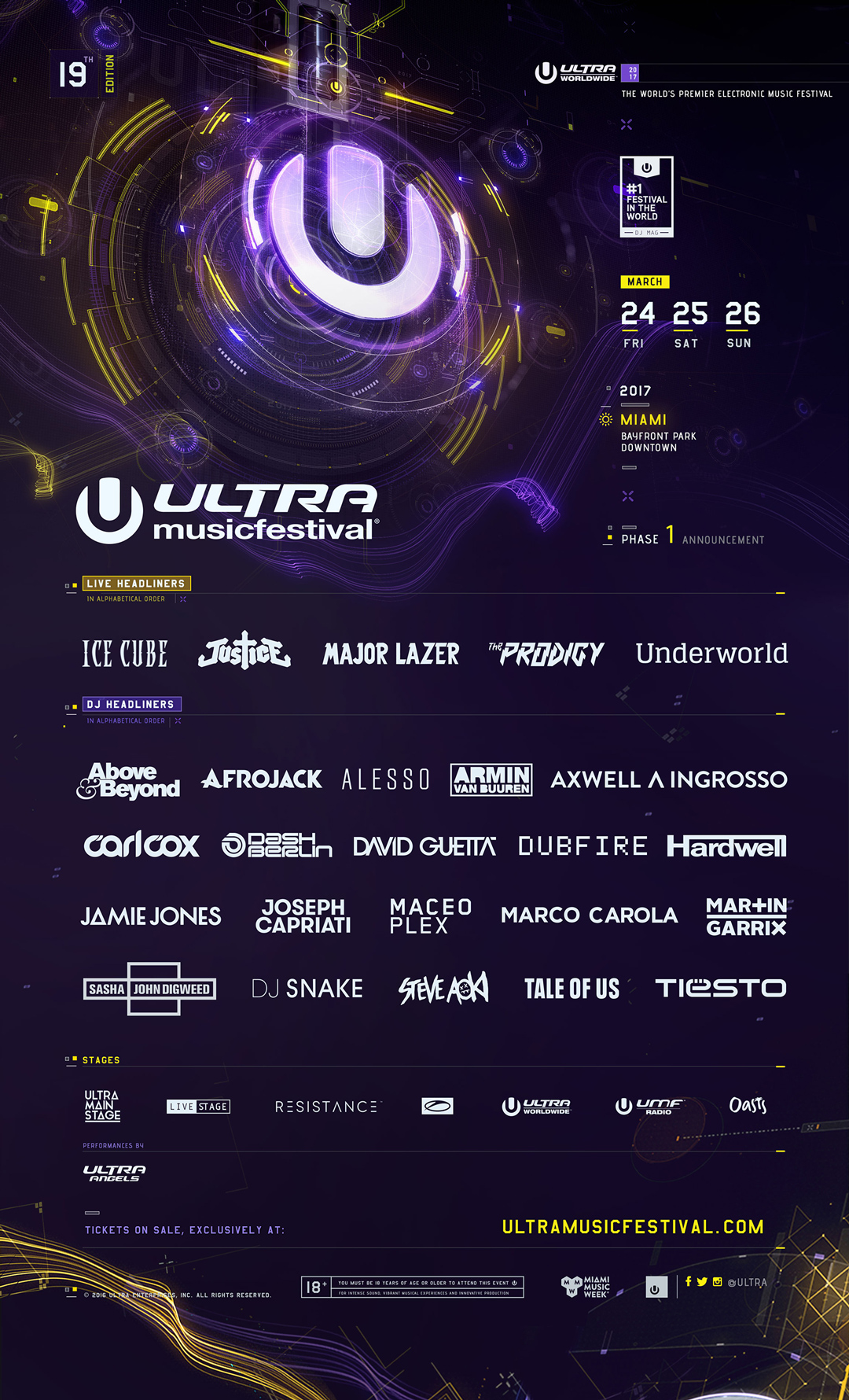 The nineteenth annual installment of Ultra Music Festival is making its grand return to Bayfront Park in Downtown, Miami from March 24-26, 2017. Ultra 2017 has just surprised-dropped its official phase one lineup—and to little surprise: It’s massive!

“With every genre across the electronic music space represented by the biggest and freshest acts on the planet, Ultra Music Festival 2017 is not to be missed.”

Resistance, which made its debut at Ultra in 2015, will expand to two stages at this year’s 3-day Miami event. Also hitting Resistance this year: the North American return of iconic DJ and production duo, Sasha & John Digweed. Following their performance together at Ultra in Miami, the pair will reunite to embark on a world tour in 2017 with stops at various Ultra Worldwide and Resistance events throughout the course of the year. This year’s event also brings a new ambassador, Carl Cox, who will headline the Megastructure again this year with its Resistance expansion. For more on Resistance, visit resistancemusic.com.


Armin van Buuren returns as a festival headliner at the notorious Main Stage as well as his annual takeover of the Megastructure on Sunday with his globally acclaimed A State of Trance brand.

Ultra Worldwide just wrapped up its most successful year to date following Ultra Brasil in October. The record-breaking year for Ultra included 26 wildly-successful events across 17 countries and five continents just this year alone. Since its inception in 1997, Ultra has become an electronic music staple.

Check this space for more information on Ultra Music Festival, its phase two lineup, and all things Miami Music Week 2017.