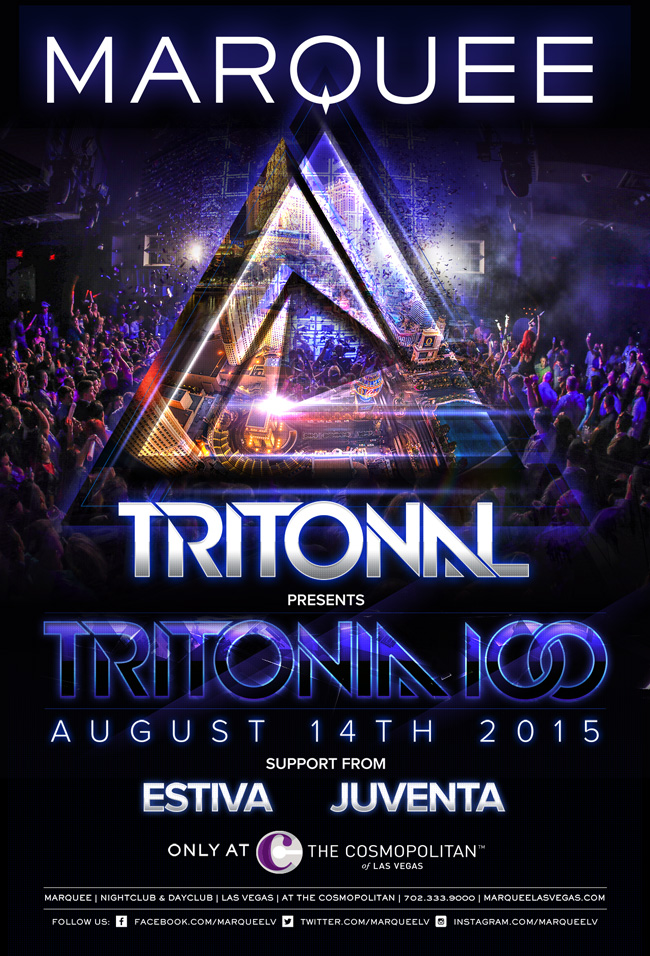 Tritonal has been having a massive year so far, and things are about to get even bigger for the DJ and production duo. Chad Cisneros and David Reed will return to one of Las Vegas’ most iconic nightclub, Marquee, for a monumental celebratory episode of their Tritonia podcast.

Located at The Cosmopolitan of Las Vegas, Marquee will host the breakout electronic dance music (EDM) duo on Friday, August 14 for a highly anticipated Sin City showcase. Supporting acts slated to perform during Tritonal’s landmark Tritonia 100 include Estiva and Juventa.

PURCHASE TICKETS FOR TRITONAL AT MARQUEE LAS VEGAS ON 8/14

Tritonal will perform at the beachfront Electric Adventure Music Festival in Atlantic City, NJ, which takes place on August 1 & 2.

Spanning from September through November, Tritonal embark on their Untouchable tour alongside Cash Cash.

Tickets for Tritonal at Marquee Las Vegas at The Cosmopolitan on August 14 are available HERE.