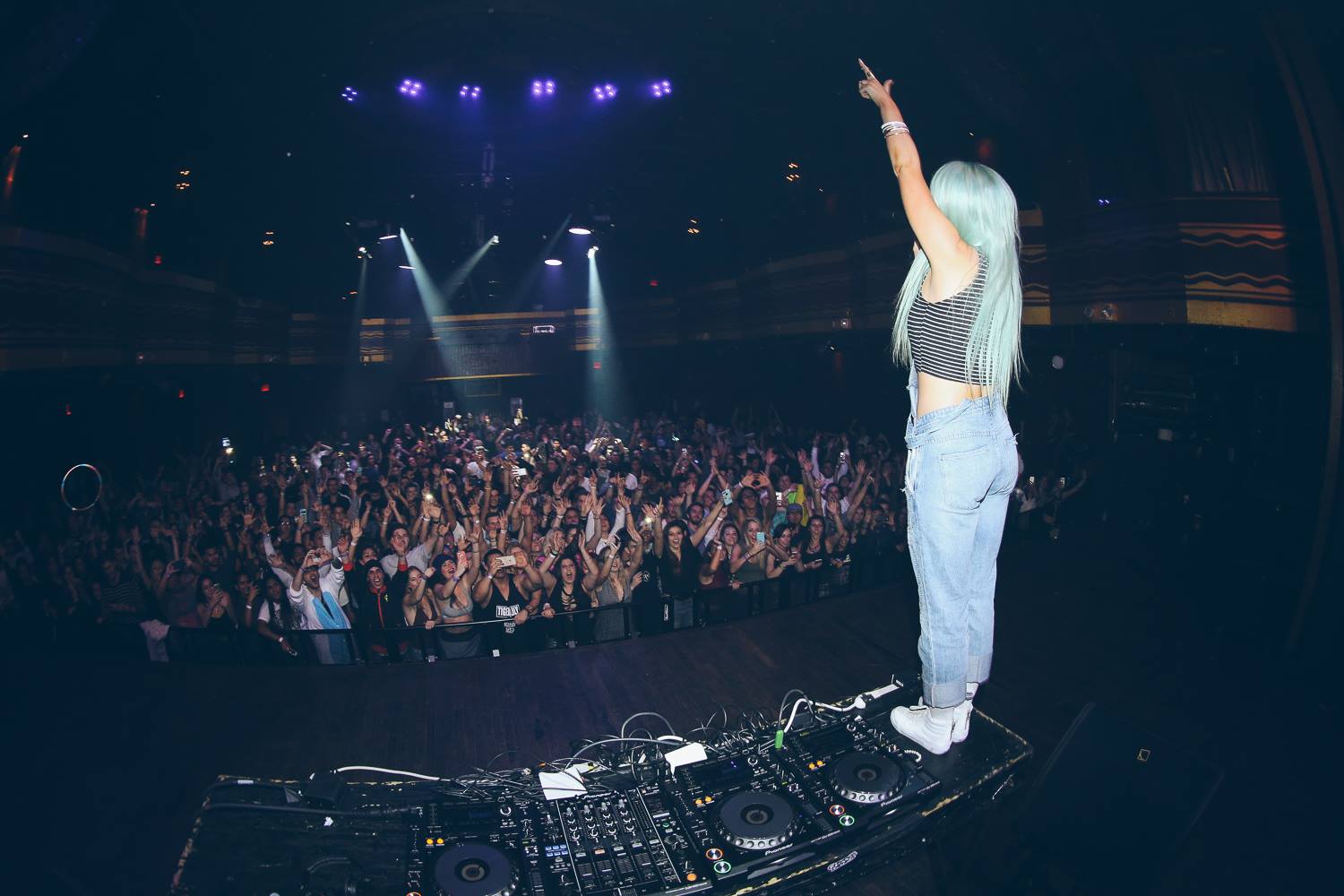 As the doors opened to the Grand Ballroom at Webster Hall, fans filled the room in no time as resident Mike Chach was setting the mood with a very energetic set. He was getting the crowd dancing as soon as they had entered the room setting the mood for the beginning of the night.

The room had filled in with a highly anticipated crowd for Tigerlily. She had taken the stage and before she had even shown her face, she was greeted by the roar of the crowd as they cheered for the leader of #TeamUnicorn as they chanted “Tiger, Tiger, Tiger.”

Included in her set was some her of her tracks such as “Runaway Ft Emeni (Galantis Cover)” and  “Paradise Ft Mehgan Kabir.”

Fans had also shown up with an Australian flag and some were even dressed in unicorn attire showing their appreciation for Tigerlily and her unicorn army. New York fans had gotten a glimpse of what the “Kiss My Tigerlily” show that she had done with her residency at Pacha Sydney was like, and they absolutely loved it.

From the moment she had hit play the room exploded with energy. From the sound of the cheering of the crowd to the floor shaking. It was clear that Webster Hall had been turned into her playground.

Related Topics:australiatigerlilywebster hall
Up Next