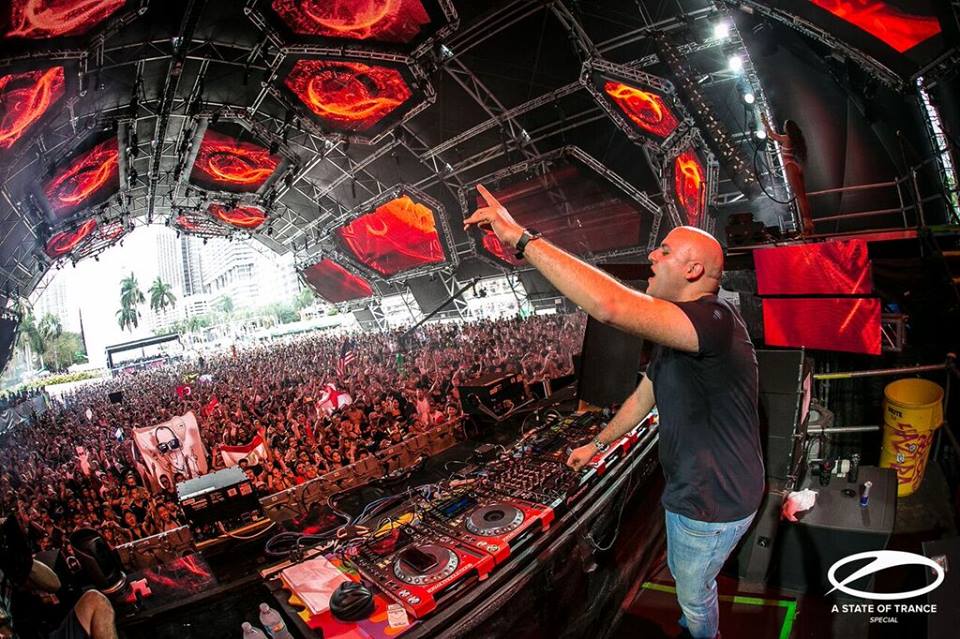 The Nocturnal Times sat down with Fadi Naguib of Aly & Fila, following his A State of Trance 750 performance at this year’s Ultra Music Festival.

2016 will be a big year for Trance legends, Aly & Fila. They will embark on their Future Sound of Egypt 450 tour and release a new studio album. The first single of the album, “A Million Voices,”  (produced with Luke Bond and vocals by Audrey Gallagher), is set for release this June.

Aly & Fila are currently on a North America & Canada tour, which included a stop at Ultra Music Festival this past Sunday. Fans were also treated to a surprise performance at Club Space on Saturday, March 19th. The tour continues with stops in Los Angeles, Boston, and Canada for Bal en Blanc.

The Nocturnal Times: How and when did you first begin your exploration of dance music? Did you start off DJing or producing?

ALY & FILA: Both actually, they went hand and hand for me. I was always DJing, whether it was for my friends or at a birthday party. I always had my groove box and wanted to play music. Aly and I always had fun with it.

When did you and Aly first meet and team up as a duo?

ALY & FILA: Well, we’ve been friends since kindergarten. We met in school and have been through everything together. It’s never been a business relationship, we’re best friends.

What other styles of music besides trance do you enjoy listening to when you aren’t busy in the studio or out at a gig?

ALY & FILA: I love listening to soundtracks and chill-out music. I love melodic music in general. Good music is good music, whatever it is.

We’re here at Miami Music week once again, are there any artists you want to check out while you’re here?

ALY & FILA: I wanted to check out Carl Cox, I love him. Today I’m really looking forward to Eric Prydz, I’m a big fan of his. He has his own genre and I’m not missing his set for sure.

Are there any rituals you must do when you come down here? What do you look forward to most?

ALY & FILA: Actually most of the time that I’m in Miami it’s in and out. I’ve never stayed for a long time, never checked out the beach. I haven’t done the fun stuff yet. I would love to come and stay for a longer time, but not during WMC. At this time in Miami it’s very busy, you’re playing shows, seeing friends, so you don’t do much besides that.

Any plans for tonight?

ALY & FILA: Sleeping! [laughs] But I deserve it.

So we all know what happened to Paul Van Dyk a few weeks ago, wishing him a speedy recovery! Due to him not being able to play at Club Space you got to headline with a massive lineup in the main room what was that experience like?

ALY & FILA: It was pretty amazing yesterday. The party was so good. During the set I played Paul Van Dyk’s “For An Angel,” and the whole crowd was shouting his name. It was an amazing moment and I was really touched by it. I wish him a really quick recovery. He’s an inspiration, a legend, he always will be.

You just played your ASOT 750 set in the Megastructure. How was your set and what was the energy like?

ALY & FILA: It was really really good. The only thing I don’t like is playing short sets. One hour for me is too quick. It’s like having an appetizer without the main meal.

You are also right in the middle of your North America & Canada tour. There are lots of big stops after Ultra, what can fans expect and are there any surprises in store for the rest of your shows?

ALY & FILA: I’m going to Waterloo, Canada next and then Exchange LA. In LA we’re going to announce a very special show for Future Sound of Egypt (FSOE) 450. Then we have Boston and also going back to Canada for Bal en Blanc. I’m very excited for all of the shows and to share new music.

Is it too soon or can you share anything with us about the FSOE 450 celebration?

ALY & FILA: Not yet, but like I said we’re going to announce some shows. We have something very special planned in Egypt. Last year we did the pyramids, which was unbelievable and out of this world. We have something this year planned that might top it. It’s going to be really special.

What are some of your short term and long-term goals? Where do you see Aly & Fila in 5 years?

ALY & FILA: I think I’ll be doing the same thing. I really want to focus on growing FSOE and making it bigger. I want to help all of the artists grow. We have some really talented people and I want them to play shows around the world like we do. I want them to reach that level like we have. That’s the focus right now and for the future.

ALY & FILA: I want to thank everyone, thank you guys, and thank you to our fans. I also want to tell you that we’re going to release our new album at the end of this year. So look out for that! We just premiered our first single from the album during our Essential Mix and also today at Ultra. It’s called “A Million Voices,” and we did it with Luke Bond and Audrey Gallagher. It will be released in June and the album will be out after the FSOE 450 tour.