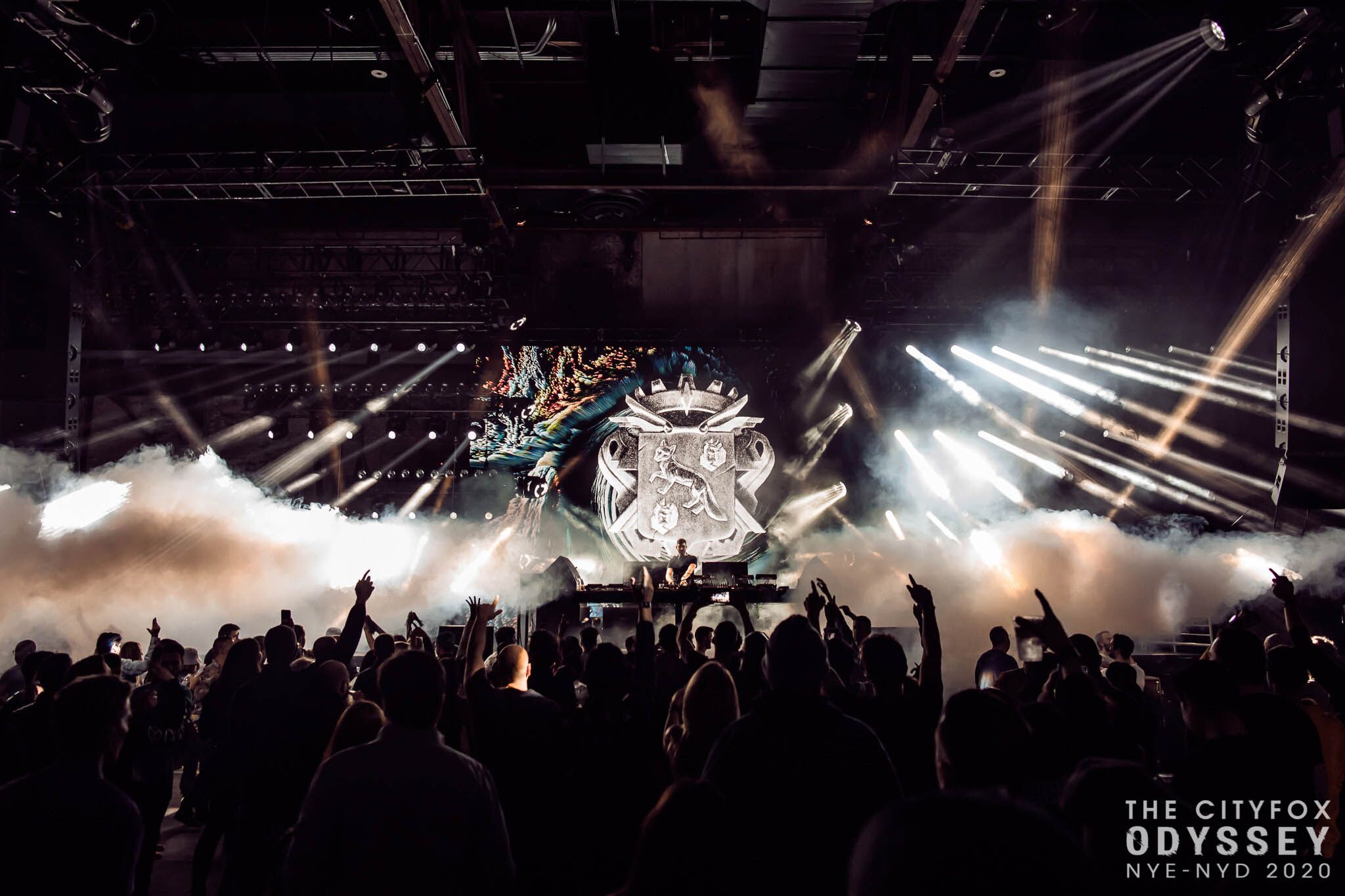 Some of the most renowned New Year’s events take place in New York City year after year, but there’s just no dance party like one put on by The Cityfox Experience. This time around, The Cityfox Odyssey NYE extravaganza proved to be the party of the year and welcomed a whole new decade ahead of us in the most stunning manner.

The 27-hour NYE soiree wasn’t your ordinary live music event, it was a cutting-edge music and art experience like no other. Full of superb sensory overload no matter where you resided, this year’s Cityfox Odyssey ensemble took everyone on quite the musical expedition. From 9 PM on the night of New Year’s Eve to 11 pm on New Year’s Day, house and techno lovers assembled together all throughout Avant Gardner’s many dance floors to dance the night (and day) away in unison to sounds by some of the music world’s most promising artists.

Venturing into every room throughout the venue was an experience all on its own, but no matter where we found ourselves or which artist was performing, we couldn’t help but groove along to the infectious sounds and energy in the air. Energy levels were high from the moment doors opened, but headliners Sasha & John Digweed managed to kick things up a notch even more once the clock struck midnight, welcoming 2020 with their sensational 4-hour set. Ida Enberg completely threw down at The Void stage while Stephan Bodzin showcased the only instrumental live performance of the evening at The Portal until 6 am, which was also phenomenal to say the least.

Crosstown Rebels legend Damian Lazarus kept the party going inside The Bridge stage with his underground demeanor and exquisite mixing skills and had no intention of closing out his set at any specific time. Some dared to stay at Avant Gardner all the way through the following night, but those who went home to rest for a bit came back to witness an awakening 11 AM set by the one and only Hot Since 82, followed by a breathtaking 4.5 hour set from the mastermind behind the prodigious Paradise brand Mr. Jamie Jones. The 27-hour Odyssey concluded with a one-of-a-kind Âme b2b Dixon performance, and the rest was history.

With its four intricately designed stages and remarkable event production qualities, The Cityfox Odyssey NYE was the mini music festival New York City needed to welcome the new decade in the most striking way. Easily the party of the year, we can only imagine what the next one will have in store.