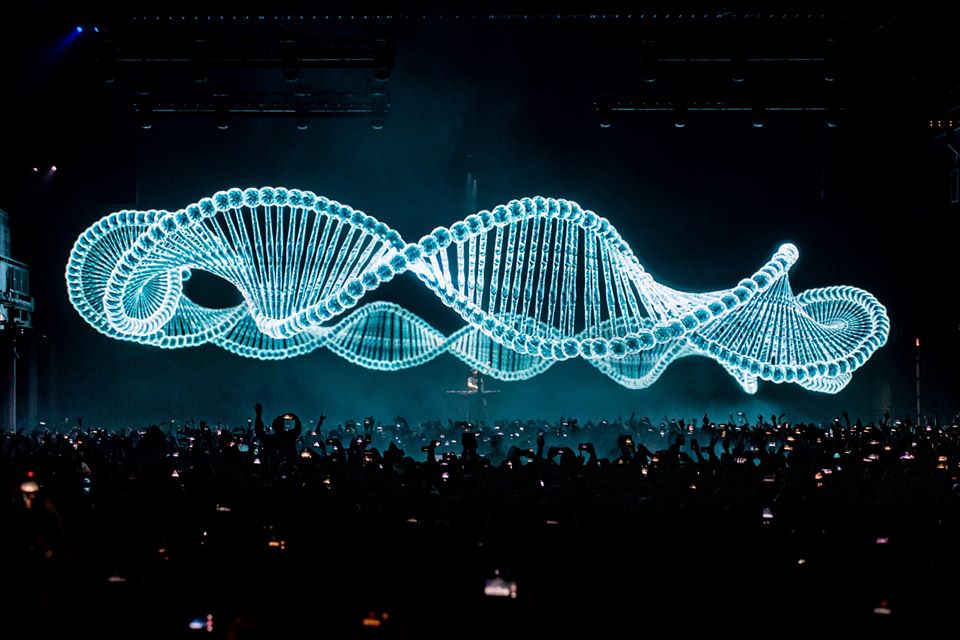 A new year may be in place but the buzz from Eric Prydz’s phenomenal HOLO performance at New York’s Expo Center is still in tact. An entirely sold out 3-day venture, we were fortunate to be a part of the thrilling live music experience that is HOLO on the last and final night of the show’s run.

While the sensational dynamic of the HOLO production has been around for some time now, this was the first time anyone in the states got a chance to experience it live. Prydz originally planned on hosting the grand
U.S. debut over two nights only, but after tickets selling out in a matter of seconds before release, a third night was added to the roster. Prydz fans from all over the states flew thousands of miles to NYC for this one-of-a-kind production, and after being a part of it ourselves we don’t blame them for doing so.

The HOLO concept is arguably the most majestic form of live music production in the industry to date, a form of light and sound imagery that transcends all of our senses into realms we didn’t know existed. Between the perplexing magnitude of the 3D-hologram visuals and Prydz’s sensational mixing skills, the entire experience was one extremely difficult to even put into words. HOLO integrates music, technology, and innovative art in the most harmonious manner, and has left attendees buzzing from its mesmerizing enchantment.

Many fans even attended all three days of the grand HOLO weekender, and while we got to be a part of Sunday’s final installment, word on the street is that Day 3 was the most breathtaking of them all. Eric Prydz managed to display all three of his personas throughout his set, with spectacular renditions of his PRYDA and Cirez D tracks and mixing styles simultaneously.

The show opened up with “The Hoax” from his 2018 Elements EP, leaving us all in complete awe from the get-go. As the night went on, Prydz managed to keep everyone on their toes as he accompanied bangers like “Power Drive” and his fabulous remix of Depeche Mode’s “Personal Jesus” with completely jaw-dropping HOLO visuals.

We’re not sure when another HOLO run will take place in the states, so we’re thrilled to have been a part of this electrifying live music experience. Eric Prydz has proven to be one of the most talented dance music artists since the beginning, and we can’t wait to see what sorts of outlandish surprises he has in store for us in the near future. Its been a few days, and we’re still buzzing from this HOLO extravaganza, and so is Prydz himself.