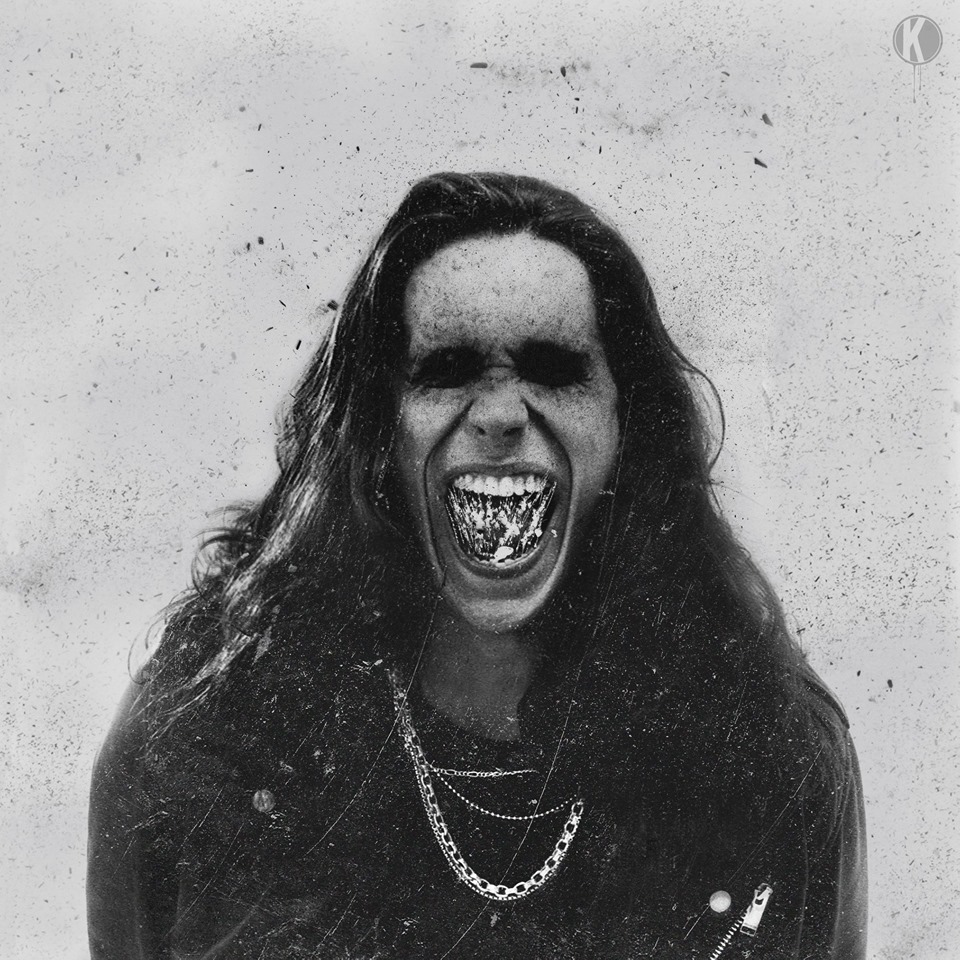 Music is currently amidst what is arguably one of the coolest crossovers imaginable: electronic and rock, and there’s one act in the industry who is sitting strong atop this pyramid. Sullivan King is that someone, whose musical repertoire extends far into numerous realms and genres. From being a multi-instrumentalist, to vocalist, to producer, to DJ, King has an impeccable inclination in morphing all of these talents together.

The Los Angeles-based artist has lifted the brash and rugged energy of bass music off the dance floors and the power of metal and hard rock from the stadiums, resulting in a musical mosh pit built entirely on rapid-paced, neck-snapping records. His unrelenting riffs and unbeatable stage presence lure crowds in at an unparalleled pace. If you’ve experienced a live set by the King himself, you know exactly the sort of raw power and roaring sound he projects from the stage to every corner of the room. Rock and electronic fuse together with a distinct and sharp edge, leaving endless possibilities for both studio productions as well as live performances. King has honed in on this and duals out an ideal concert experience combining DJing and shredding guitar like nobody’s business.

King just released his debut album Show Some Teeth, and the world’s reactions have been nothing but praise since. Surpassing expectations, Show Some Teeth boasts an adrenalizing 15 tracks, including brand-new originals as well as collaborations. The album features artists like TYNAN, Kompany, Cayte Lee, Rico Act, Sully, and SWARM, all who boost the album’s energy with a rush of sonic horsepower. Song titles including “Show Some Teeth,” “Reckless,” “Where Angels Die,” and “Dropkick” allude quite well to the album’s essence, each one finely crafted with essential tones to weave precisely what King had in mind.

We had a chance to dig deeper with King into his journey and inspirations behind Show Some Teeth, as well as discuss his headlining Thank You For Raging Tour. Read on for more and see if King will be smashing through your city on tour.

Nocturnal Times: Let’s begin with a little about you & your journey thus far. Tell us more about how you got to where you are today? We’d love to hear more about your musical roots.

Sullivan King: Totally! I’m where I am due to years of trial and error, starting ideas, cancelling ideas, having no idea what the hell I was gonna do in music, and really just trying out all different kinds of jobs while trying to figure out the solo project idea…. I started with guitar obviously when I was a kid, never did any bands or much with other people, and then dove into electronic music when I was 17-18 which just kind of exploded in my life. I never really knew how or if I was gonna just do a solo project or a DJ group or a band etc. everything kind of played out by experimenting with everything from hip/hop production, pop production, I did a couple movie trailers in 2016, TV and Film, producing with bands, ghost production for some big dudes to make a living, and the list goes on. But all that helped me narrow down all the “what if’s” and “maybe this is it’s?” for me personally. I knew I just loved performing after spending so much time in the background and putting on a special show with my own music.

Nocturnal Times: How did the transition from playing guitar to DJing happen?

Sullivan King: I don’t think there was a full transition from one to the other. I never didn’t have a guitar in my hand, it was just a second thing that got picked up. I started playing shows with guitar. The only real transition for me was moving into being a singer/vocalist. And that really happened because I hated waiting on singers and having to go through painful negotiation processes, etc. For me production is also part of the songwriting and vice versa so it all was just stuff I had to pick up to make this whole thing make sense.

Nocturnal Times: What are one or two “break out” moments that placed you on your current path?

Sullivan King: The first song I released that really set me on the right ‘Metal/Dubstep’ path was “Fuck It” with Riot Ten. That song came out perfectly for both of us and really let me hone in on how I was supposed to be heard. That and going on tour with Black Tiger Sex Machine and releasing music with their label, Kannibalen, was really the support I needed at the time.

Nocturnal Times: The fusion of rock & electronic genres is becoming more and more of a profound thrill for both artists and fans. Who are one or two more artists in the scene right now who you think are excelling in producing this cross-genre music?

Sullivan King: Mmmm, I mean I really am into G Jones just cause he’s so different, but he’s not rock/EDM fusion haha – Boogie T, Dabin, and honestly a lot of Excision’s stuff has been a great crossover. SYN is sick, Kayzo is an obvious choice too.

Nocturnal Times: Congratulations on your new album Show Some Teeth! What in particular do you want to share with fans about this album & everything it means to you?

Sullivan King: This record is going to have a lot of different styles and flavors and none of it should be taken as a ‘direction.’ I’ve never been one to write the same thing twice, record wise, and I know that people are going to love more tracks than others because it’s so diverse for me.

Nocturnal Times: Thinking about the upcoming cities on your Thank You For Raging Tour, are there any cities or venues you’re most looking forward to? Why?

Sullivan King: FUCK YES THERE ARE LOL. I’m finally headlining my home city of Los Angeles (at Fonda Theatre) and it’s going to be incredible. Denver (at The Ogden Theatre) is a huge one for me since I’ve never done a headline play there in a venue/not a club. I just love getting a stage to run around on so that’s got me excited. The Seattle date is going to also be my first headline play there ever and I couldn’t be more excited to be at The Showbox.

Nocturnal Times: Name the first band that pops into your head when you think of a “dream” tour?

Nocturnal Times: Who are three of your top sought after collaborations as of right now?

Sullivan King: I think Illenium and I would do something really fucking wicked in all honesty. He’s a really genuine dude and I just like working with people that are always having a good time with music. Obviously any member of Avenged Sevenfold would be incredible, and finally Caleb Shomo of Beartooth would be unreal.

Nocturnal Times: If you could trade places with any musician in the world for a day, who would it be and why?

Sullivan King: Any musician that is in an actual bed asleep right now and doesn’t have to get on a fucking plane in the next 24 hours.