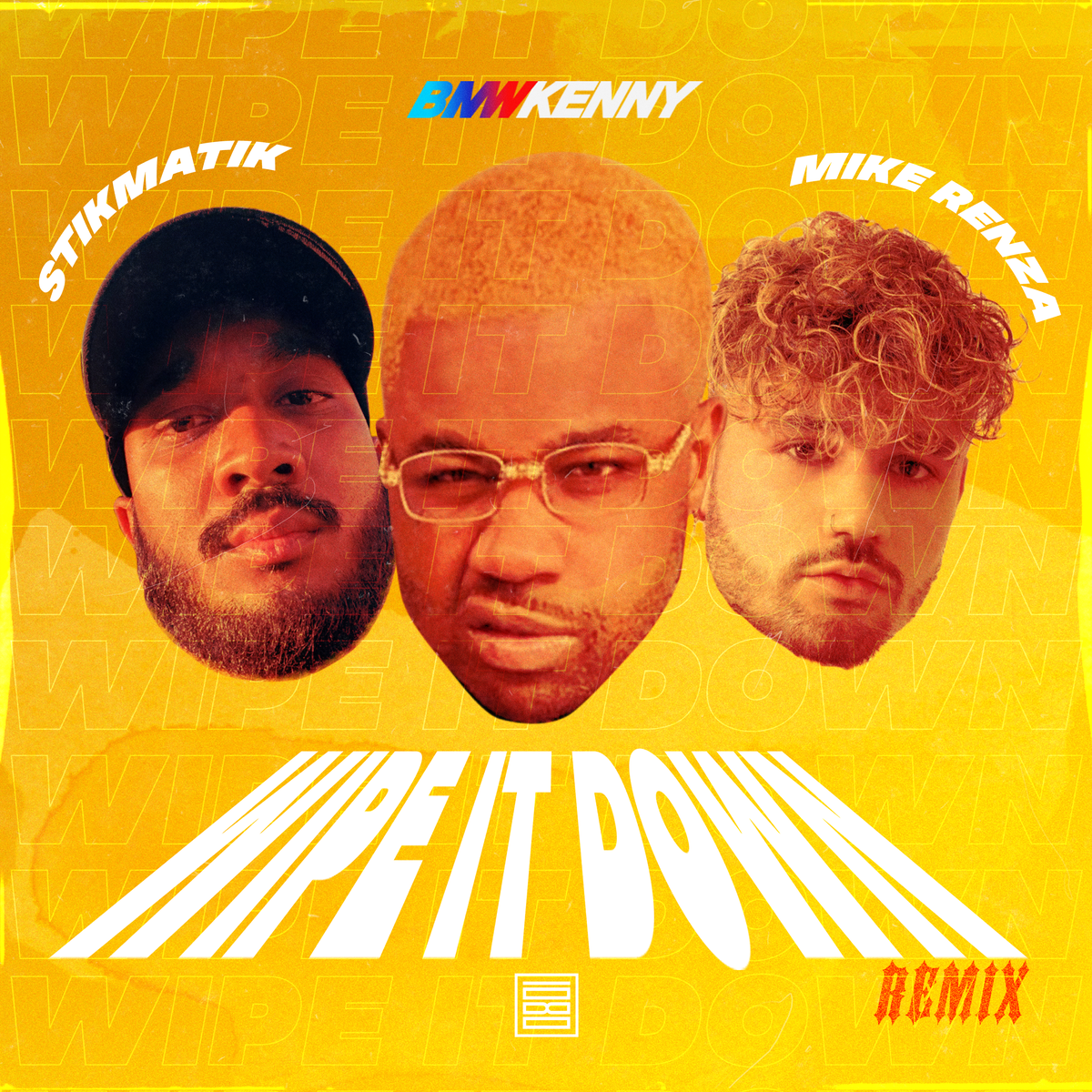 Taking a spin on BMW Kenny’s smash hit “Wipe It Down,” artists STIKMATIK and Mike Renza are hitting New Music Friday today with their very own remix of the track via 10Eighty Records.

The original release of “Wipe It Down” literally took the world by storm. Going viral on TikTok, the song garnered over 2.4 billion views on the #WipeItDownChallenge. A-list stars including Will Smith, Jason Derulo, and Kira Kosarin all jumped on board to be part of this song’s success. It also peaked at #3 on Spotify’s Global Viral Weekly Charts. Now, the hit is receiving a full dose of deep house to propel it even farther into the stratosphere.

STIKMATIK and Mike Renza have changed the game by adding fresh energy to the original. Tactfully chopping up BMW Kenny’s signature vocals, STIKMATIK & Mike Renza flip the track with a driving kick and heavy 808s. Blaring house beats shoot this two-and-a-half remix into the airwaves with an immediate jolt of caffeine. As if having one version of this song wasn’t popular enough, now the world is about to experience it all over again.

STIKMATIK is a DJ/Producer and songwriter who’s sonically advanced pallet spans across multiple genres including: hip-hop, R&B, pop and electronic music. His effortless ability to produce within specific sub-genres of those larger music categories in combination with providing a unique sound, is what makes his talents in demand. Raised in London, the DJ’s music is best described as “an eclectic cocktail, influenced by grime, garage and dance culture, paired with my Mauritian and Indian upbringing in 90s London.”

STIKMATIK started off 2018 with signing a publishing deal with ​Stellar Songs/Sony ATV. He is also part of trio act ​Mad Teeth​, alongside ​Jessica Agombar ​and ​David Stewart,​ recently signing a worldwide record deal with ​RCA/Sony Music.

Wizzay Moves ‘Who I Am?’ EP Over to Tipsy Records