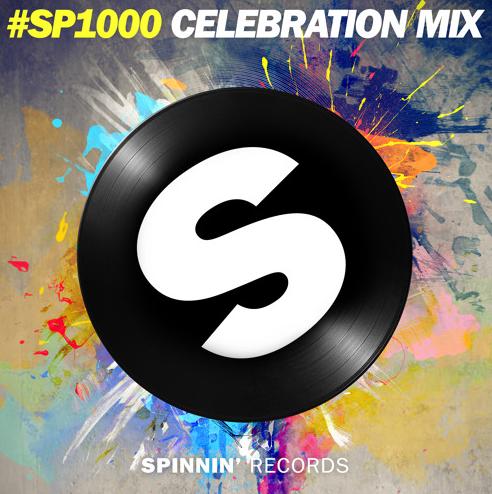 In addition to this highly anticipated mix, the label will also be giving one lucky fan the chance to win a VIP experience, through Beatport, for its party at the annual Amsterdam Dance Event in October.

The 1000th release, Watermät & Moguai “Portland” (SP1000), is already a hugely popular track, which is emphasized with a contest making it possible to win a trip to Portland, Oregon in the USA.

Over the course of its 16-year history, Spinnin’ Records has released some of the biggest tracks in electronic dance music (EDM). Founded in 1999 by music publisher Eelko van Kooten and A&R guru Roger de Graaf, the prestigious record label hosts nearly a dozen sub-labels, which provide dance music enthusiasts with several single releases each week.

Coinciding with #SP1000 and the releasing of Spinnin’s 1000th record, a #SP1000 Celebration Mix has been uploaded to the label’s SoundCloud channel today. Including every 50th track that’s been released on the label throughout its history, the #SP1000 mix offers listeners a mix rich in EDM history.

Enter for a chance to win a VIP treatment to Spinnin’s ADE party, which takes place this October in Amsterdam. Find out to join HERE.