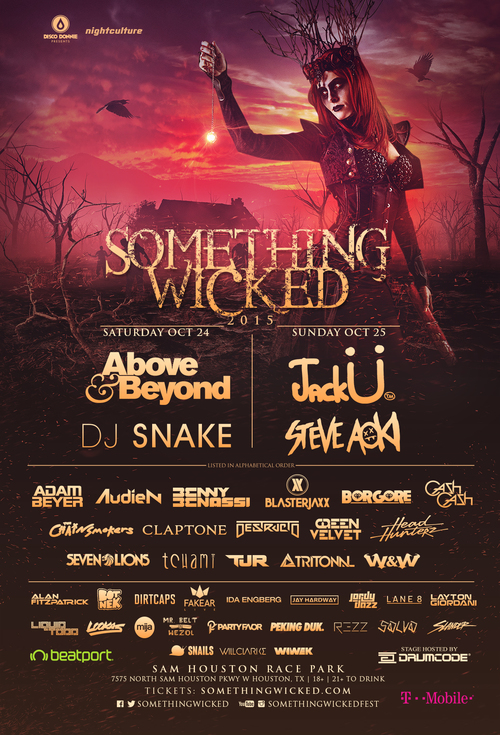 This year’s lineup for Something Wicked boasts major headlining acts along with a slew of electronic dance music (EDM) heavyweights. On October 24 & October 25, Something Wicked hits the Sam Houston Race Park in Houston, Texas for a two-day event brought to you by Disco Donnie Presents and Nightculture.

“Coupled with the prominence of the artist lineup, Sam Houston Race Park will be transformed into a mysterious and magical Halloween landscape complete with winning stage production, costumed performers, a Beatport stage, plus other newly-developed Halloween-inspired attractions to surprise our fans.” – Disco Donnie

As the largest Halloween dance music festival in Texas, Something Wicked boasts another versatile and diversified lineup to usher in this wicked extravaganza.

For more information and to purchase tickets, visit http://somethingwicked.com/.