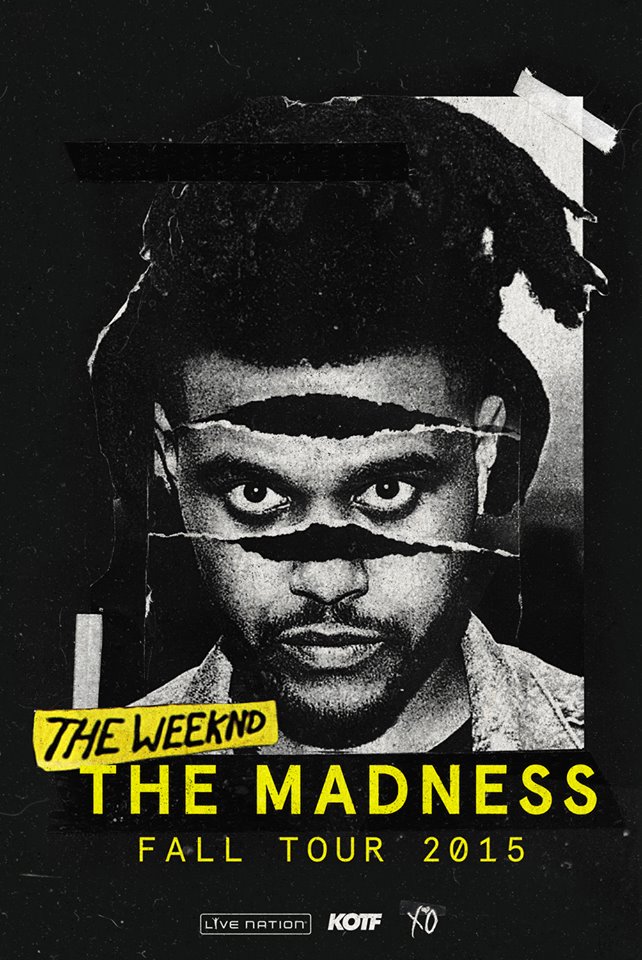 The Weeknd has had an eventful year thus far and things are about to become even bigger for the breakout superstar. Grammy Award®-nominated, multi-platinum selling artist The Weeknd has announced The Madness Fall Tour, which will begin on Tuesday, November 3 at Air Canada Centre in Toronto, Ontario. The Live Nation-produced tour spans across 22 cities across North America including New York (Barclays Center, Madison Square Garden), Miami (American Airlines Arena), and Los Angeles (The Forum), among others.

The Madness Fall Tour is in support of The Weeknd’s forthcoming studio album, Beauty Behind The Madness, which sees its release on Friday, August 28 on XO/Republic Records.

Stopping at the world’s most famous arena, Madison Square Garden in New York City, The Weeknd will also headline Barclays Center in Brooklyn as Madness strikes the Tri-State.

This year, The Weeknd’s “Can’t Feel My Face” is a surefire contender for track of the year with its success as a Top 40 smash and its popularity on the dance floor. Additionally, The Weeknd released “Earned It (Fifty Shades of Grey),” which was included on the Fifty Shades Of Grey Motion Picture Soundtrack, becoming a triple-platinum smash, which saw 27 weeks on Billboard’s Hot 100.

The Weeknd’s most recent single release “The Hills” has begun its radio domination, being put into heavy rotation across North America. He’s also teamed with pop sensation Ariana Grande for the release of “Love Me Harder,” which caused his catapult into the mainstream.

Tickets for The Weeknd’s The Madness Fall Tour go on sale the same day as his album release on Friday, Aug. 28 at livenation.com.

Since The 2014 King Of The Fall Tour, which sold out all dates, The Weeknd has been a touring force. He’s also made festival appearances at Coachella, Lollapalooza and HARD Summer, where he’s drawn massive crowds.

Something Wicked 2015: Above & Beyond, Jack Ü, DJ Snake to Headline Houston Halloween Festival

Eco to Bring Open to Close Set to Cielo NYC on Sept. 18