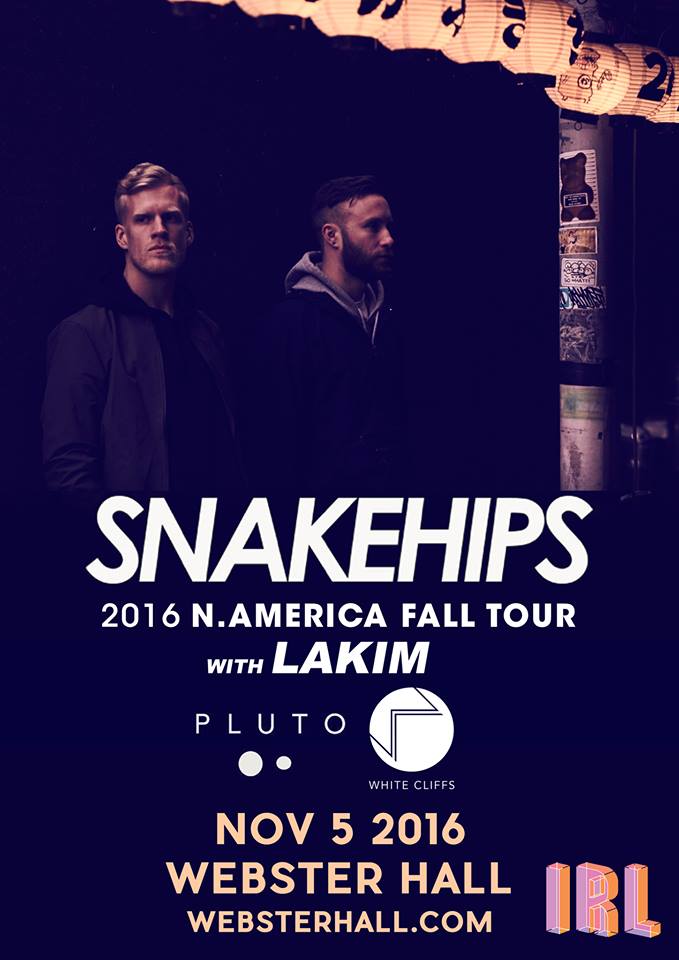 Webster Hall announced that it has teamed up with NYC-based indie electronic tastemakers IRL Music on their Snakehips show to add some killer support to an already stacked lineup this Saturday, November 5th

Snakehips made their name with Hype Machine, while providing remixes for Banks, The Weeknd, Bondax and Wild Belle. They are best known for their 2015 single, “All My Friends” featuring Tinashe and Chance The Rapper.

Joining Snakehips is LAKIM, an electronic/hip-hop/soul producer who is known for his unique and constantly evolving sound. LAKIM began making waves waves a few years ago when his remixes caught the attention of widely popular beat collective, Soulection and he just released a smooth remix of BANKS’ “Fuck With Myself” last month.

Pluto is a 16 year old future bass producer who’s last 3 releases have all gone on to reach #1 on Hype Machine and see support from huge tastemakers like The Chainsmokers, Trap Nation, and MrSuicideSheep. Saturday will be his NYC debut and at the perfect time as he’s sure to have seen considerable label attention with this incredible Summer he’s had.