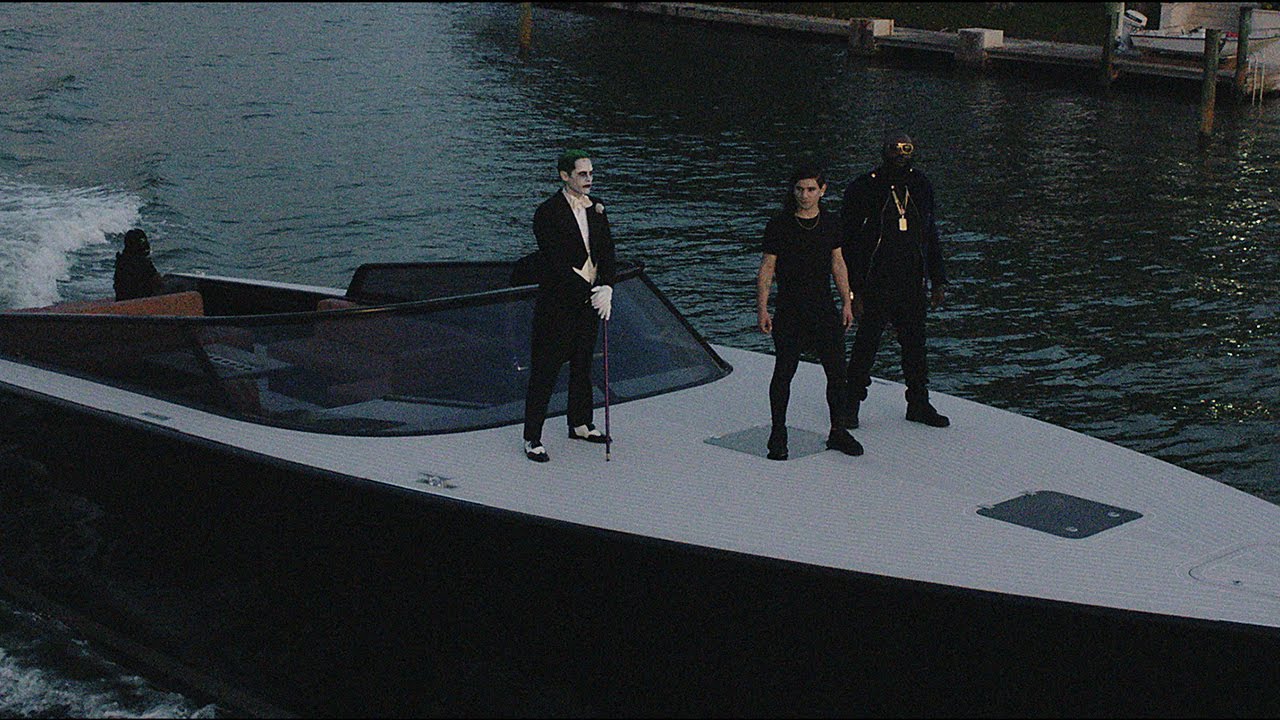 Jared Leto as the infamous Joker appears in the “Purple Lamborghini” music video alongside Skrillex and Rick Ross.

The Academy Award-winning actor is also the front-man of famed 30 Second To Mars.

Suicide Squad was released to theaters nationwide on Fri., Aug. 5th and stars Jared Leto, Margot Robbie, and Will Smith.

Listen to “Purple Lamborghini” on Spotify:

Listen to Suicide Squad: The Album on Spotify: