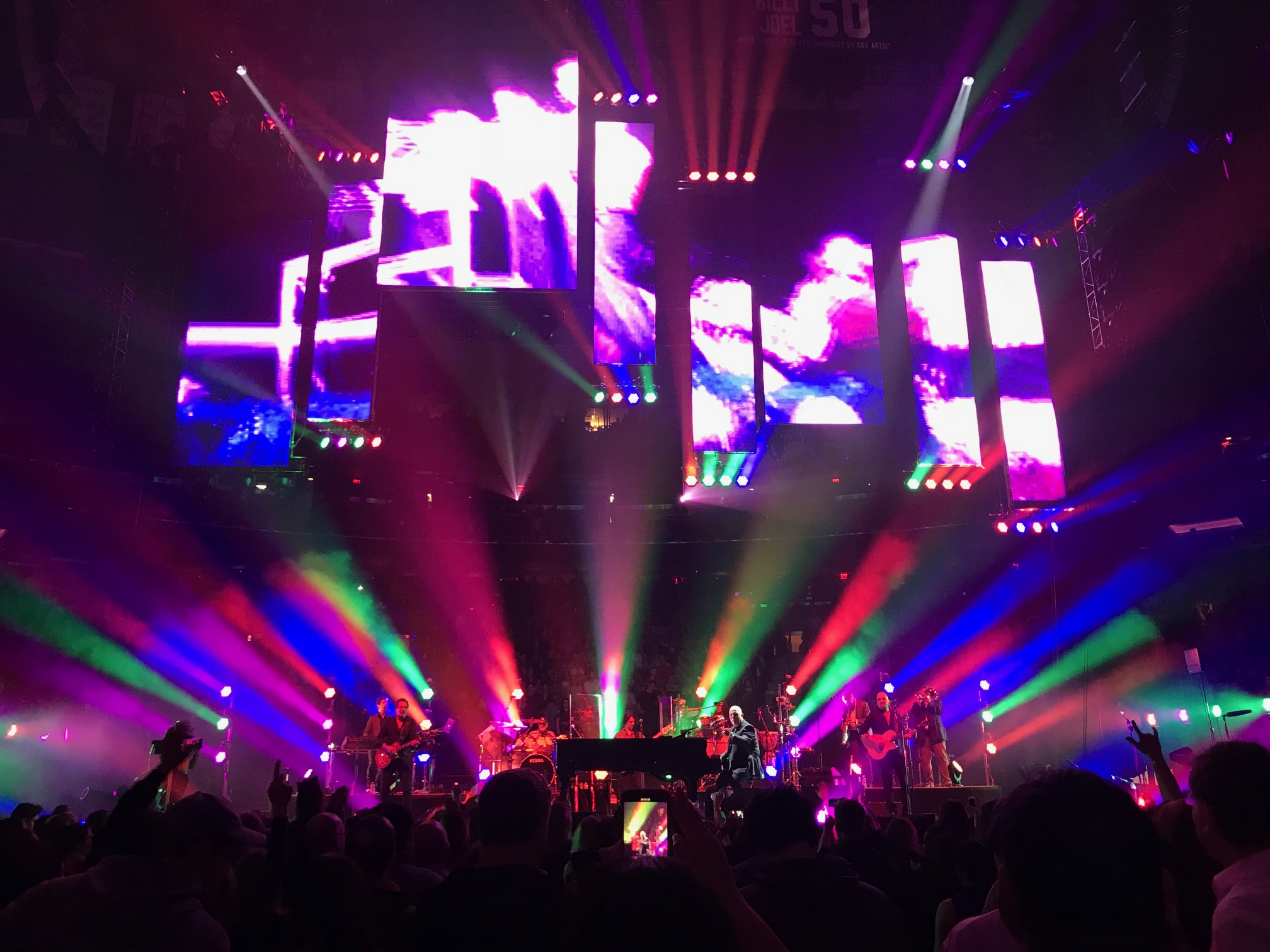 Madison Square Garden’s only resident musician, Billy Joel, celebrated his 50th consecutive concert at the historic arena on Wednesday, March 28. The Rock and Roll Hall of Famer had New York City on their feet for more than two hours strong as over 20,000 attendees sang along to his biggest hits – and some album tracks for the real diehards.

The 25-plus set list included some of Billy Joel’s greatest hits and familiar favorites from the many eras (and decades) of his prosperous career, which now spans more than half a century. Consider it 50 iconic shows for more than 50 groundbreaking years. Defining a musical icon, Billy Joel is a six-time GRAMMY Award winner who has left his mark on each decade that he’s helped shape.

Showing no signs of blacking out anytime soon, the lights were still bright on Broadway as Billy began with “Miami 2017 (Seen The Lights Go Out On Broadway) and “My Life.” Early during his set, Billy was joined on stage by another MSG veteran and NY Rangers legend, Mark Messier. The 15-time all-star was there to present Billy Joel with his very own commemorative flag to honor his 50th consecutive concert, which is the most consecutive performances by any artist.

Interacting with The Garden-goers, the Long Island-native spent the evening playing several games of Fielder’s Choice, where he lets the audience choose between two songs for the upcoming performance. The track that received the best response from the crowd was the winner. Joel joked, “this way, you guys get to pick the songs you want to hear!” A few of the winners from the Fielder’s Choice were “She’s Got A Way” (over “Everybody Loves You Now”), “All About Soul” (over “No Man’s Land”), and “For The Longest Time” (over “An Innocent Man”).

Among the interludes and warm-ups were some of Billy’s most notably-written numbers, such as “Zanzibar” and “Vienna.” One of the most popular tracks from his 1977 LP, The Stranger, “Movin’ Out” delivered a colorful light display and intensified band accompaniment to keep up with the voices singing along. Traveling the US, went to “Allentown,” followed by a “Stop In Nevada.” Here in the city that never sleeps, “New York State Of Mind” is always especially well-received, which is what made it a surefire evening highlight.

Keeping things fresh, Billy includes popular covers during his concerts, and tonight’s picks were interpretations of AC/DC and The Beatles. Joining Billy on stage for a powerhouse rendition of AC/DC’s “You Shook Me All Night Long” was Saturday Night Live’s Jim Breuer. Rocking with Billy and his band to the AC/DC tune, Breuer, who appeared as part of the SNL cast in the 1990s, impressively belted out the song, which Joel described as a “really hard song to sing.” Band members Mike DelGuidice, Mark Rivera, Chuck Burgi, Crystal Taliefero, and David Rosenthal play just as significant of a role as the lead in terms of delivery and wow-factor.

Intertwining an Easter theme interlude and paying homage to “Layla” between numbers, “Downeaster Alexa,” “She’s Always A Woman,” and “The River Of Dreams” were latter set list inclusions. The second cover from Billy and his immensely-talented band was a praised variation of The Beatles “A Hard Day’s Night.” Quite possibly the most well-received and highly-anticipated of the night, “Scenes From An Italian Restaurant” and “Piano Man” were the final songs before his 6-track, up-tempo encore.

Joel’s upbeat encore kept the crowd on their feet, waving their hands-in-the-air to “We Didn’t Start The Fire.” As floor-level attendees were heard chanting “Uptown Girl,” it was nearly serendipitous once the catchy, early-80s anthem started. The Garden was all smiles, singing along to “It’s Still Rock & Roll To Me,” including Billy, who then got crafty, performing tricks with his microphone stand. Keeping the energy high, Joel proceeded with “Big Shot,” then the Piano Man returned to his throne for “Only The Good Die Young” and “You May Be Right.” Unlike any concert audience before, crowd roars filled the World’s Most Famous Arena, making one thing clear after tonight’s performance: After all these years, Billy Joel’s still got it.