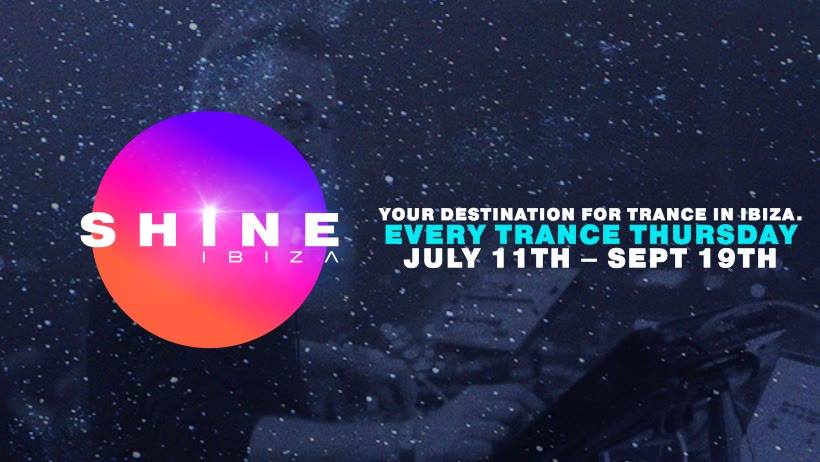 Returning every Thursday to the white sands of Ibiza for its second season run, SHINE has now landed its own space at the legendary Eden. A new but highly successful event series, SHINE will feature an unmatched roster in 2019 and they’re psyched to share with the world just who’s providing the tunes this summer season.

“On my last trip to Ibiza this year I dropped into the recently fully redeveloped Eden. I was blown away to see how the venue was modernized and refined. I’ve played the best and most exciting venues in the world and the new Eden is exactly that. Alongside San Antonio’s continuing regeneration, I am sure SHINE will host a world-class 2019 production there. Trance and Eden have a close relationship/shared history that goes back decades. In tandem with the desire to have the night back on Thursdays, I’m delighted to say that SHINE will be moving to the club for the upcoming 2019 season.” – Paul van Dyk

Of course headlined by the iconic PvD each night, the series will also feature Egyptian trance duo Aly & Fila a staggering six times, even with a special XL set on July 11’s opening night. Right on cue for Ibiza’s prime season, Cosmic Gate, Alex M.O.R.P.H., John 00 Fleming, Grum and others will kick the party up (several) notches before PvD and Aly & Fila return to close out the soiree on September 19, each with a three-hour set.

Of the upcoming 2019 season, Eden shares: “We are delighted to be hosting SHINE Ibiza for the first time in San Antonio. We are dedicated to offering a diverse range of club nights to our Ibiza crowd. We can think of no better team to bring Trance to Eden than with legendary Paul van Dyk and the SHINE family for 2019.”

In other chatter-worthy news, the proud SHINE owners have also excitedly dropped word of a partnership with the one and only Tomorrowland, where come July 20, they’ll be taking over the world-renowned festival’s Freedom stage – the second biggest structure present.

SHINE are proud to share the full list of artists that’ll be joining the White Isle this year. A collection of those who embody the truest form of the genre, the roster dials it all the way back to the classics and straight through current visionaries.