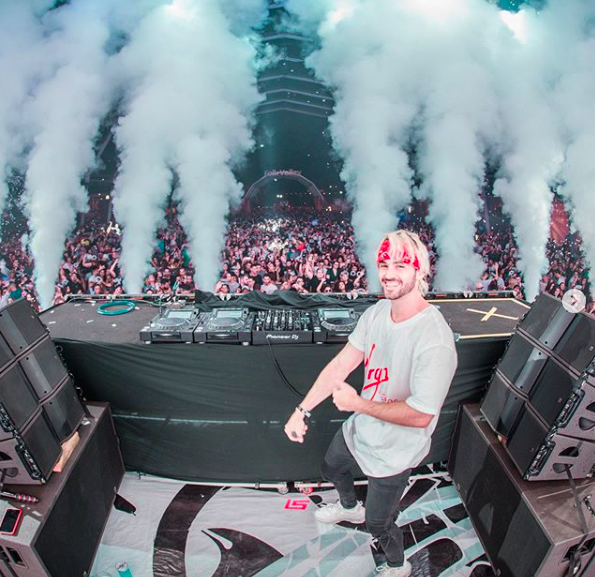 Establishing a sought after name for himself in the dance music realm, Sevenn has been luring in electronic fans from all lengths of the globe. His recent release “Loco Papi” is out now via the esteemed Armada Music, and is another testament to his versatile discography.

Sevenn’s debut release with Alok, “BYOB” leveraged him to charts and playlists worldwide, racking up 32 million streams on Spotify and over 30 million plays on SoundCloud. The Los Angeles based producer’s new original “Loco Papi” represents the great times and memories its listeners will create while dancing to the song in the heat of the summer rays.

“Loco Papi” possesses horns that take listeners to an exotic destination, an insane-in-the-brain vocal urging you to join the madness, and a breakdown counting down to that moment on the dance floor when pandemonium ensues. The song is expected to play across stages and speakers worldwide, with a running guitar loop that creates the track’s vibe for fun in the sun, sea, and sand, while it’s driving and essential beat is sure to create an addiction of dance and movement upon its listeners.

Sevenn is carving himself a reputation as one of the most exciting acts to break through from the highly competitive electronic music scene, drawing support from many of the biggest names in the industry including Martin Garrix, Oliver Heldens, Tiësto and Jauz. His massive collaboration “BOOM” with Tiësto continues to dominate club and festival circuits, and 2019 remains stacked with more and more Sevenn surprises.